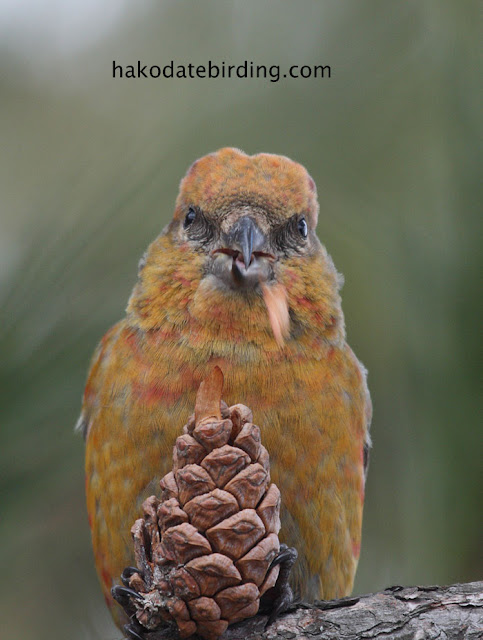 A short post today, not much to update and plus I feel like sh*t after a heavy one last night.

The Crossbills continued to be the main birds of interest in Hakodate this last week. there are 2 or 3 different groups and in amongst the biggest group was this individual. 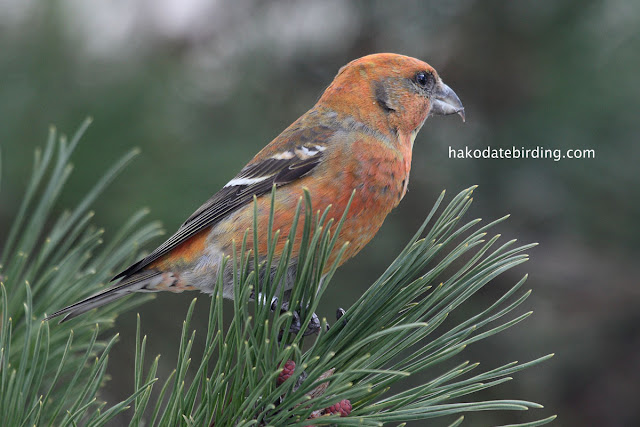 Is it a White Winged Crossbill? I'm not really sure. I posted some pics on the ID section over at birdforum. Some disagreements as to whether it's just a Common Crossbill or the (much scarcer) White Winged Crossbill. No less of an authority than Mark Brazil suggested it was the latter. I still haven't decided if I can put it on the list or not.

The Crossbills were as entertaining as ever. These shots were spread over several days...... 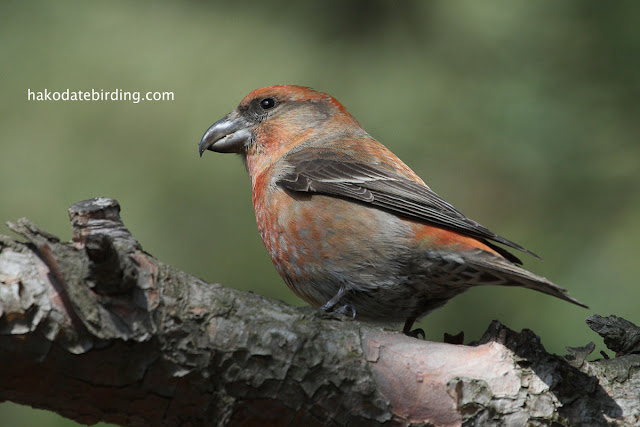 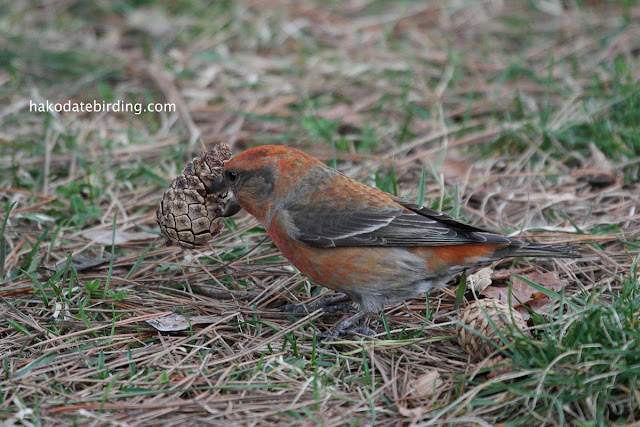 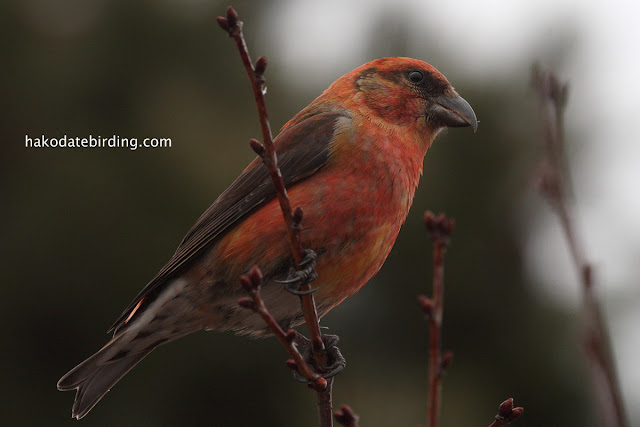 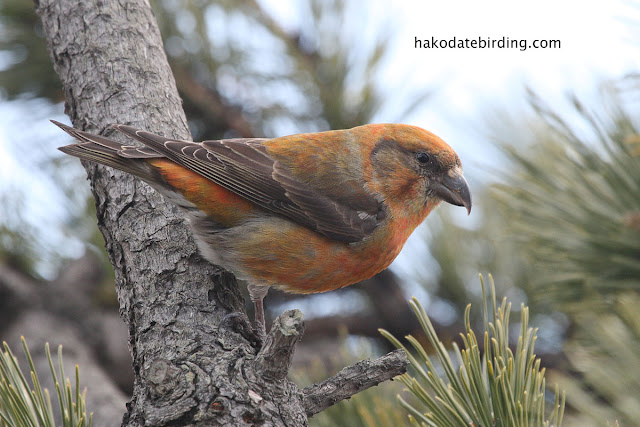 Not much else around. A male Gadwall was probably the most interesting.......

I had a really nasty hangover today. Last night I had a nomihodai. This was actually the first word I learned in Japanese. It basically means a set price for all you can drink within a specified time limit.I drank way too much of course (and continued drinking afterward in another place) and the resulting hangover was not pretty I can tell you.

I also deleted my homepage/second blog. I copied all the files before I did the deed but now they won't upload to the internet so they're gone forever. All the links in previous posts won't work anymore. I thought my new blog was looking OK but apparently it doesn't show properly in Internet Explorer. It works fine in firefox/safari but not IE7. Why are things always so complicated?

So Man U lost last night. If Liverpool can beat Villa tonight the end of the season may be exciting after all.........

*edited to add* OMG 5-0, if they win their next game they'll go top briefly. In fact their next 3 league games are before the Man U games, if they continue winning the pressure will be on Man U for sure. IF they keep winning that is.