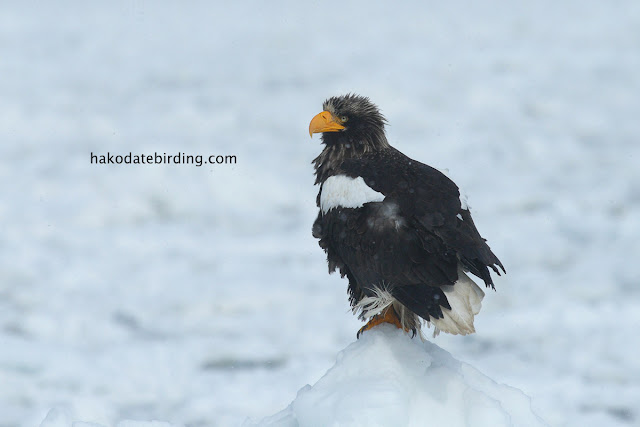 A Stellers Sea Eagle sitting on the drift ice a few kilometres offshore from Rausu. We took a boat out to the ice and god it was so cold. It was the only nasty weather of the whole trip, snowing and windy. The ice was still spectacular though. 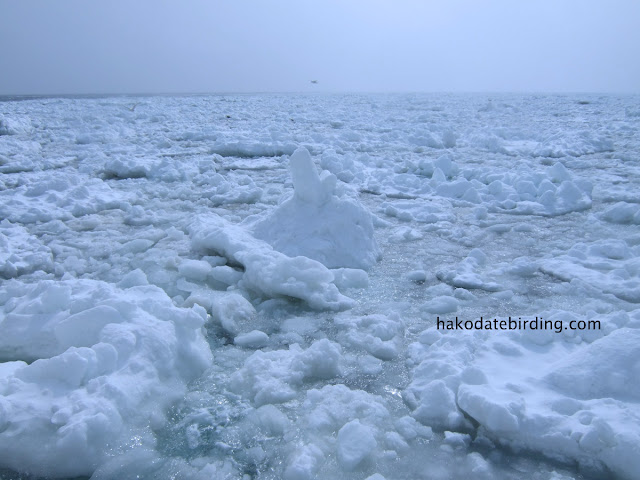 It was however something of an anticlimax. I'd really been looking forward to taking pics of the eagles on the ice. Close up against a blue sky. Look on the internet:there are loads of wonderful national geographic standard photos taken by bumbling amateurs like me. The days before and after were apparently brilliant with lots of eagles present and calm sunny weather. But we were unlucky.

Thank god there were a few eagles still around. 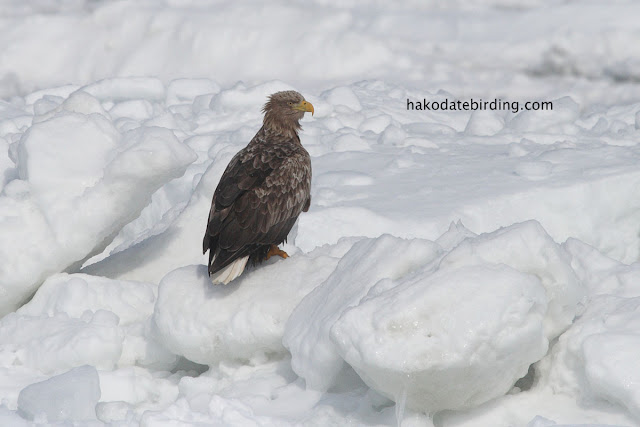 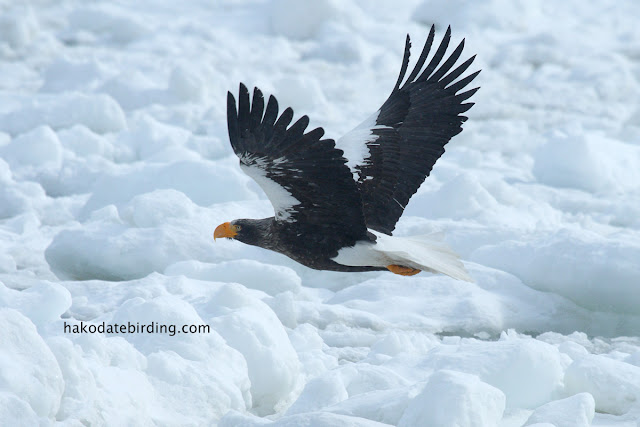 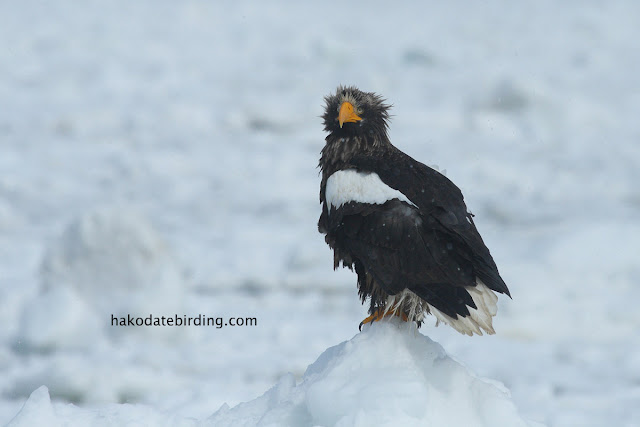 It seems like the earlier sunrise boat trip would have been better. Anyway it was too dangerous to go too near the ice and throwing fish onto the ice to attract the eagles was not possible. I suppose in the great scheme of things me missing some eagle shots is not so important. I mean this last week we've had terroist attacks on cricket teams and the global economy continues on its' downwards spiral. But still. F**king hell.

We saw the nice couple from the UK who went the day after and they said it was amazing. I felt like vomiting there and then.

It was probably the coldest I've ever been in my life. At one stage an icy wave soaked me and Dan and the sea suddenly got very rough and I was clinging onto the deck with assorted camera gear dangling from my neck and nearly throttling me.

Birds? A few Cormorants, Auks and Gulls. Lots and lots of Glaucous Gulls. 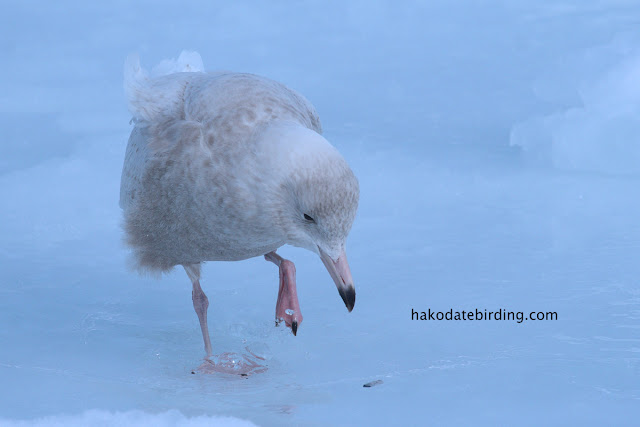 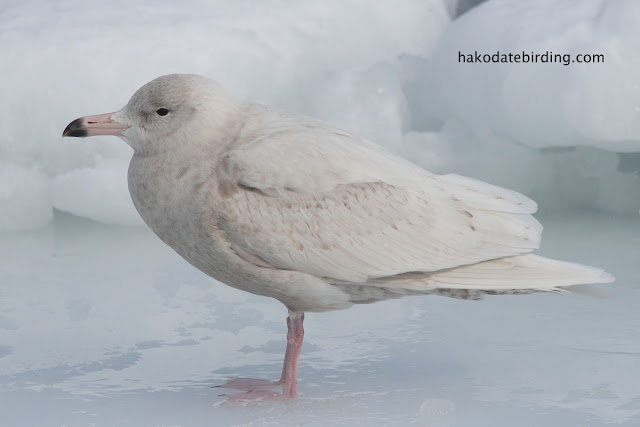 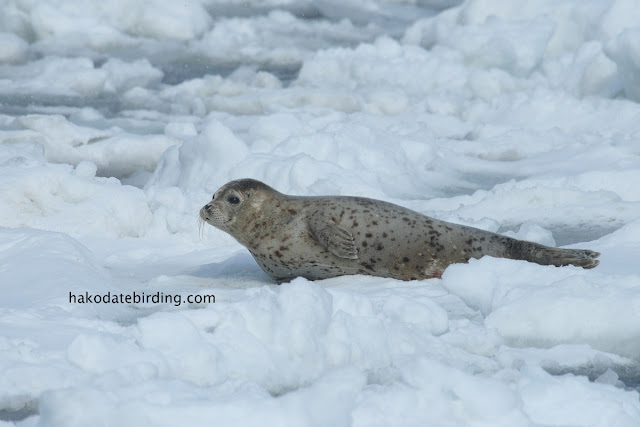 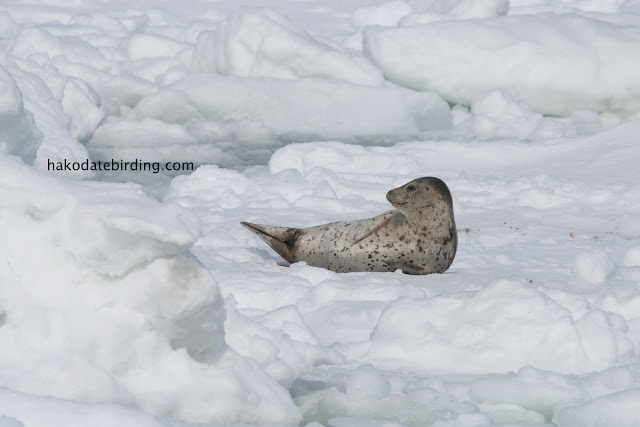 My advice if you take this boat trip is to wrap up as warm and weather proof as possible and to go twice. I have to go next winter.

I met some American birders on the boat (they were hoping for Long Billed Murrelet but didn't seen any I think). One of them even professed to be a fan of this blog. Another birder was a neurosurgeon from South Dakota........ 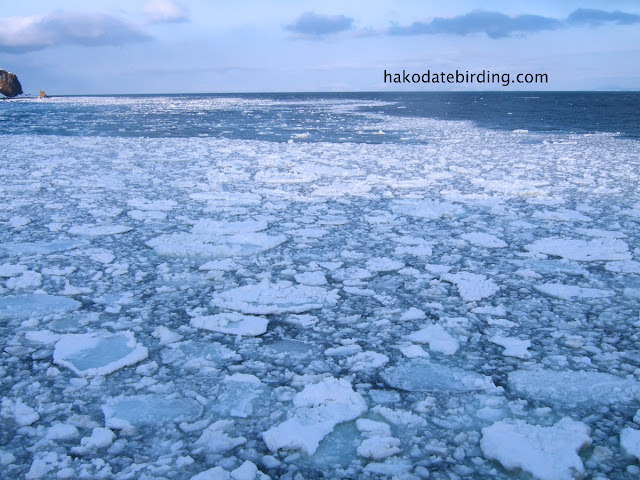 There were several corpses on the ice, mostly Seals but I think one was a Sea Otter. This Red Necked Grebe was still alive but it didn't look 100%. 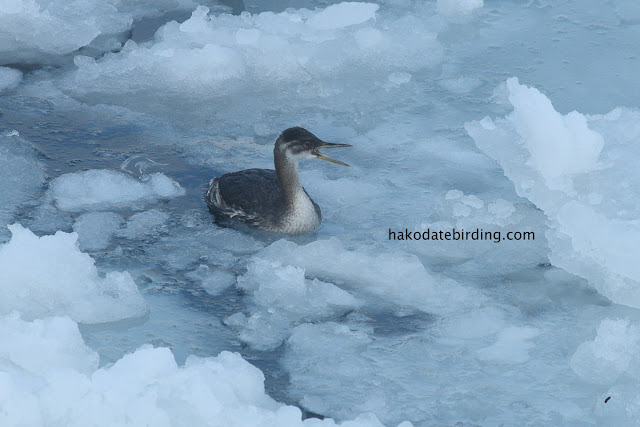 More photos from the ice trip are here.

We left Rausu and headed back down to Kushiro to see the Cranes. We stopped off at Lake Masshu which looked very nice and blue but I was still fuming about the eagles...... 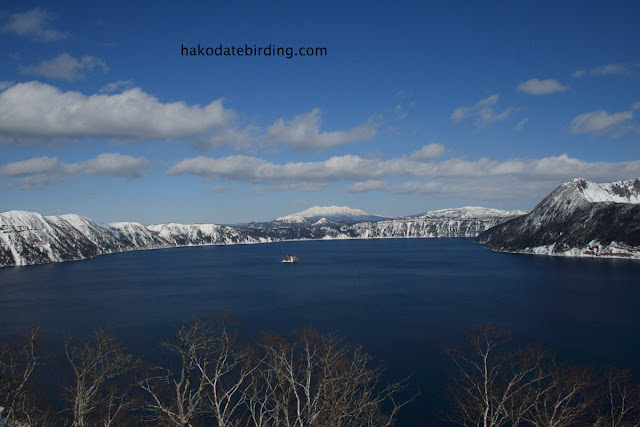 The Cranes at Kushiro are very easy to photograph. Basically they are fed by local farmers and are very tame in winter before they disperse around the local wetlands in the breeding season. Actually it was like taking photos in a zoo but still it was fun. And they are very photogenic, if sometimes difficult to fit in the frame.......... 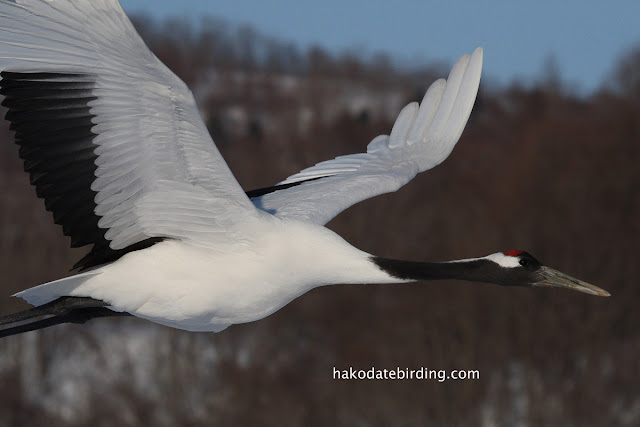 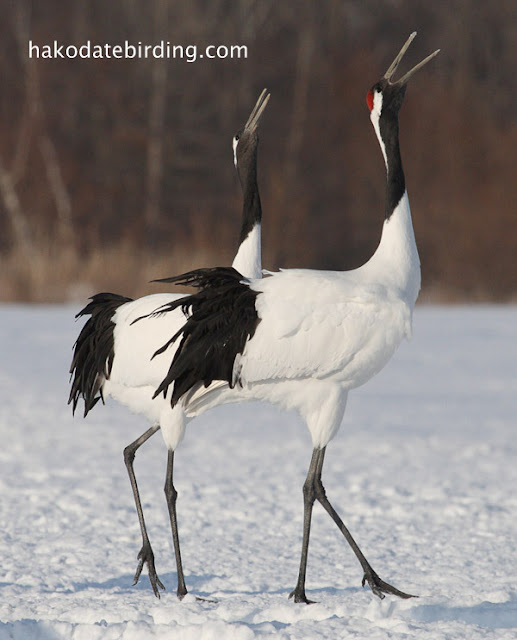 The Owls at Rausu are attracted by fish put out each night, the Cranes are fed by farmers and had we seen them, the eagles would have been attracted by fish tossed out for them..........but hey I'm not complaining.

We only stayed one night but I have to say Kushiro is possibly the most depressing and butt-ugly city I've seen in Japan (and that is saying a lot trust me) but once you get outside the city limits it's much nicer and it does of course have lots and lots of cranes.... 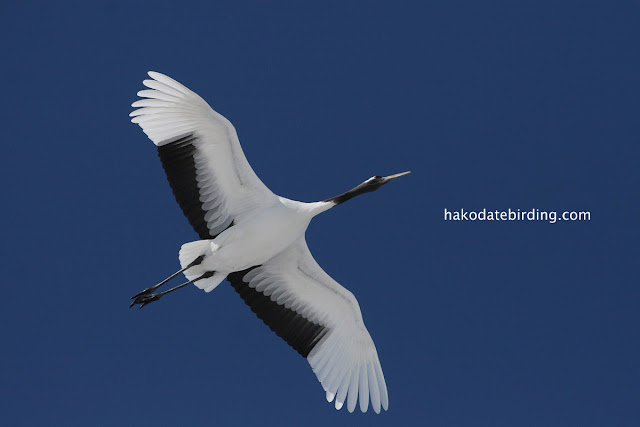 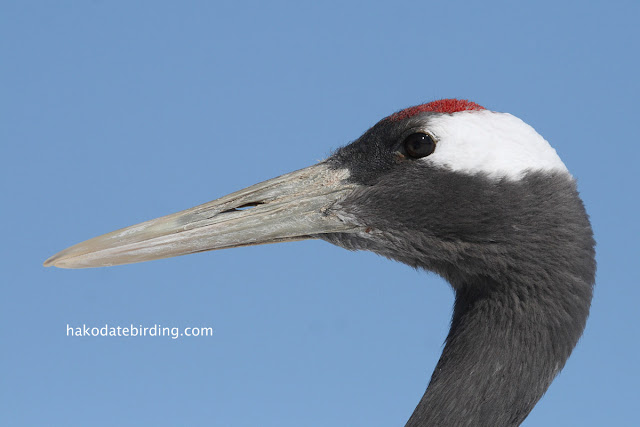 So it was a great trip despite my whining about a lack of eagle on the ice photos. The winter is much more intense than down here in Hakodate and the drift ice is a pretty impressive sight. The Owls and Cranes were great and I still managed some nice eagle shots. I can't believe they are such a common urban bird up there. They perch on top of lamp posts for gods sake!

Thanks a lot to Dan for doing the bulk of the driving and also for being great company. Thanks for my wife for putting up with me (she's not actually that interested in birds and I think the boat trip was probably torture for her, she liked the Sea Otter though).

I see Liverpool's title bid finally evaporated whilst I was away. I missed the Boro defeat but I had already predicted Boro would do what Real Madrid had failed to only a few days earlier.

So back to reality and daytime temperatures above freezing..........the Crossbills are still around at least and I'll bore you with those next weekend I'm sure........