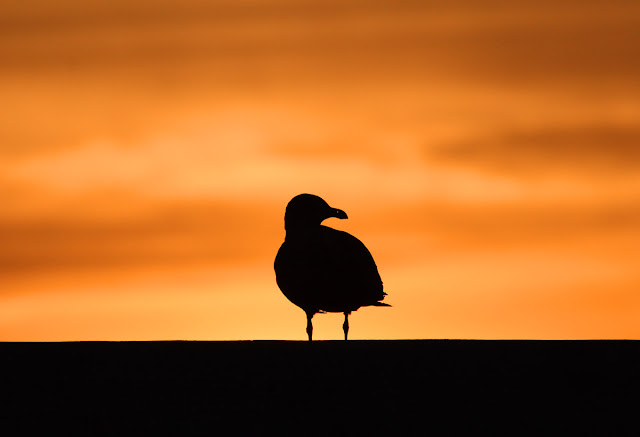 Summer came up nice and hot in the first week of August, still no car available so I was stuck in Hakodate. Not many birds about yet, a juvenile Cuckoo (actual species uncertain) was near my flat this afternoon, lots of Night Herons over at Kamiso this evening too as well as several Grey Herons. Unfortunately idiot here forgot to switch the IS on. 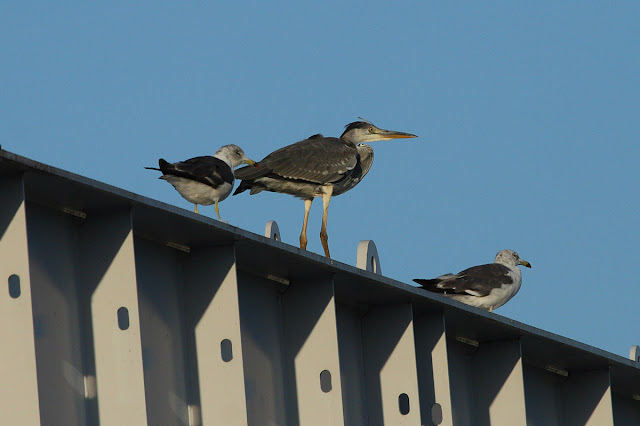 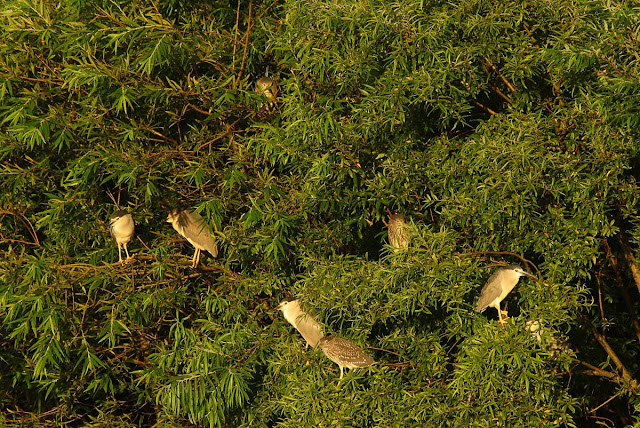 The reason the IS was off was my moonshots last night (no IS on the tripod). 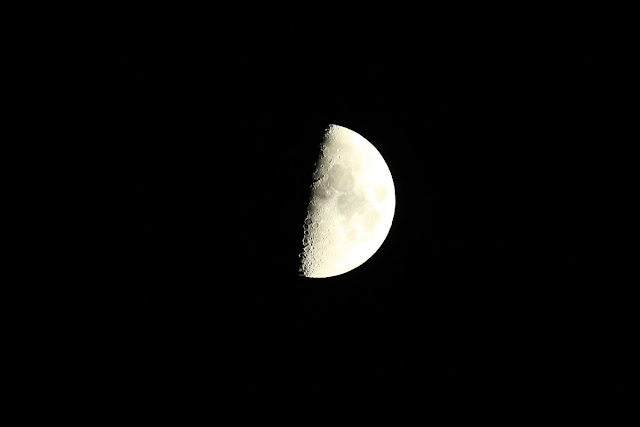 As you can see not much to photograph recently, scraping the barrel a bit. The last refuge of a blogger in Japan is a picture of food. 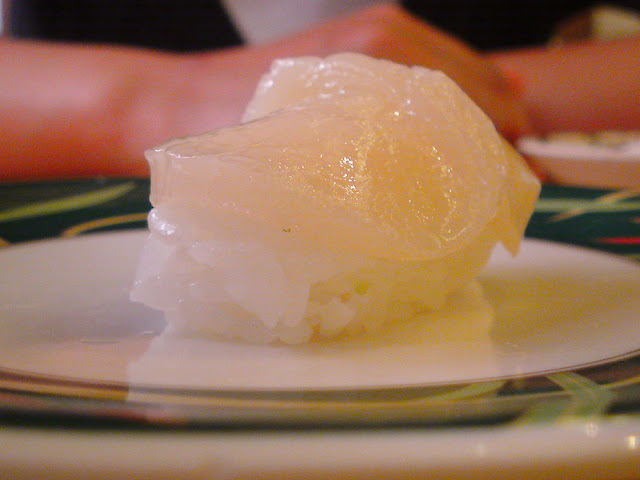 Some Scallop at the local sushi joint. It was taken with my cellphone camera, as was this pair of copulating dragonflies. 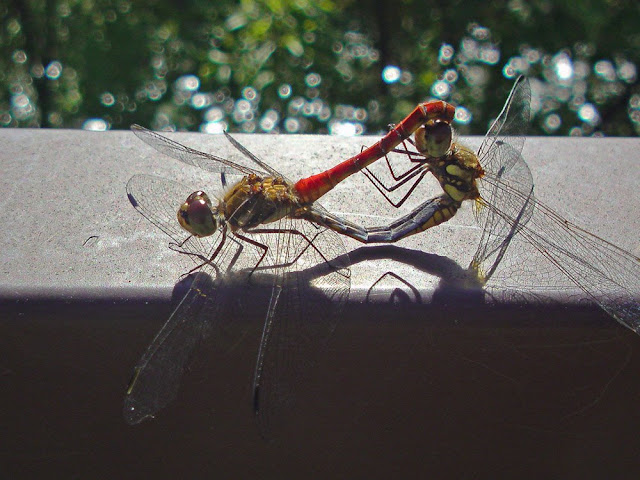 I watched five (!) movies last week. First up was 'The Mist' which was OK in a B-movie kind of way, 'The Descent', which was actually quite good and 'The ruins' which was also not bad at all. After these 3 modern horror movies, a sci-fi pic,'Sunshine' was up next, hmmmm.......not so great but just about watchable. In all the above movies ,which all have large ensemble casts, only ONE main character actually survives (and he wishes he hadn't, believe me).

The last film was 'Zoo'. Bit of a mistake this one. It was a documentary about the life of that bloke who died of a perforated colon after being shagged up the a** by a horse. Sorry to be so blunt in my description, the man apparently did it (or had it done to him) a lot and posted video of it on the internet. He was part of a group of zoophiliacs (people who shag animals if you're unfamiliar with the term, as thankfully I was at least until last night). I should stress this was a documentary, not actual footage of erm, man and horse. I was spared that. Unbelievably, the writer/director made this rather sensational subject matter into one of the most boring films I've ever seen. I was hoping for some insight as to why this man would choose this kind of thing as a hobby/lifestyle choice. What kind of horrible trauma led him to this? But no. Lots of soft piano music, moody shots of people staring out of bus windows and it even presented these creepy misfits (who prefer animals to people as bedfellows lest we forget) as some kind of harmless misunderstood victims. Yuk.

Er, not much to say after that but I'll try. I've been harassed by a pair of Large Billed Crows this week. Every time I walk up the river they scream at me buzz around my head. I have to keep my eyes on them all the time, if I don't they fly really close and these things look mean. I suppose they've noticed me poking around looking for photographic opps and have marked me down as a threat, presumably they have young nearby. I bet even those sick weirdos on that documentary last night wouldn't get frisky with a Large Billed Crow.