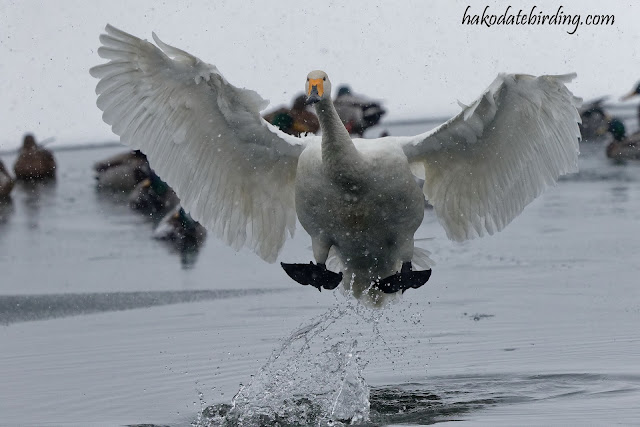 
Yesterday I had a hangover after an end-of-year party and anyway the weather was nasty. Today it snowed pretty much all day. December 2017 seems to have seen as much snow as the whole of last winter already..................

Poor road conditions meant we gave up any chance of the eagles at Yakumo but we did make it as far as Onuma. The lake was frozen except for a small patch where the wildfowl gather.

Mainly Mallards but there were several other species too. 3 Smew, a couple of Goldeneye, a lone Pochard and Goosander and these 2: a male Falcated Duck (one of several) and a female Baikal Teal.

Not a vintage photo day. The light was awful and my 1.4X teleconverter is getting fixed by Canon. 2 heavy crops here. 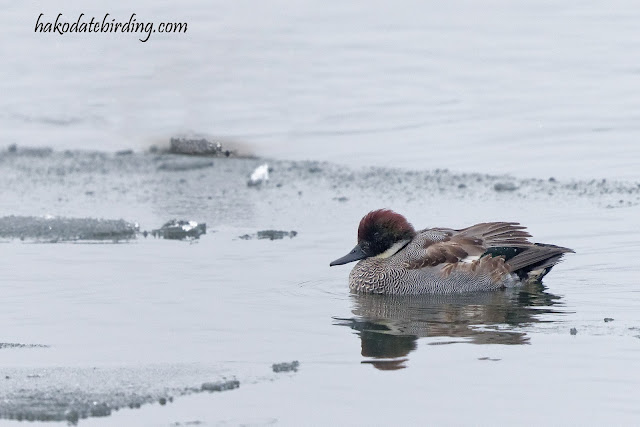 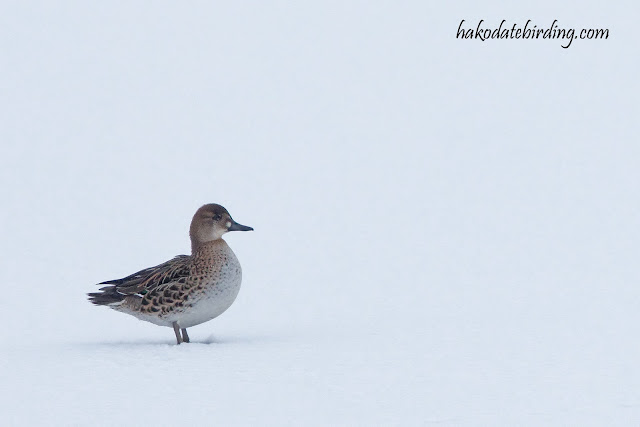 In addition to the ducks there are also the Whooper Swans. 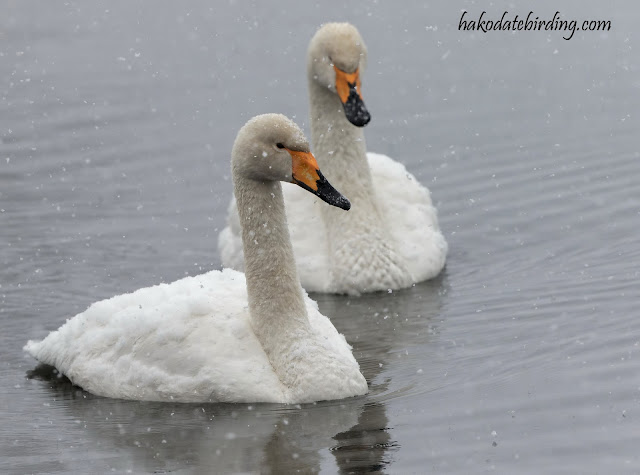 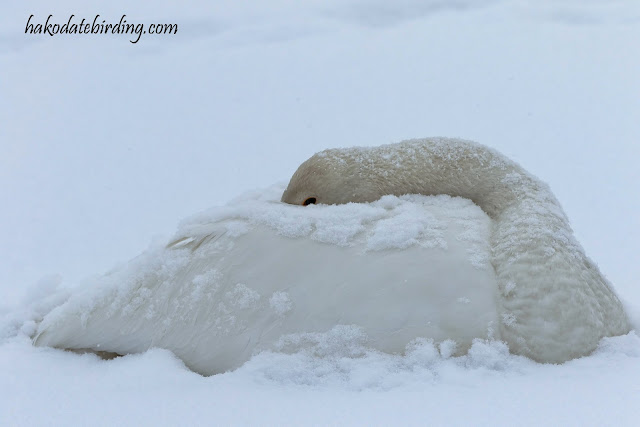 And the usual common stuff in the forest. The Waxwings and Crossbills from last week were not around. 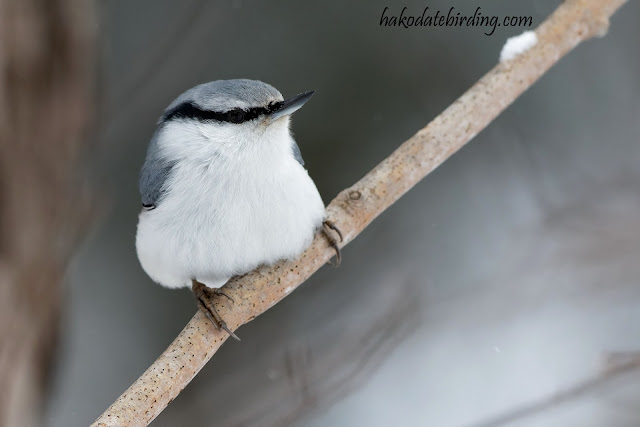 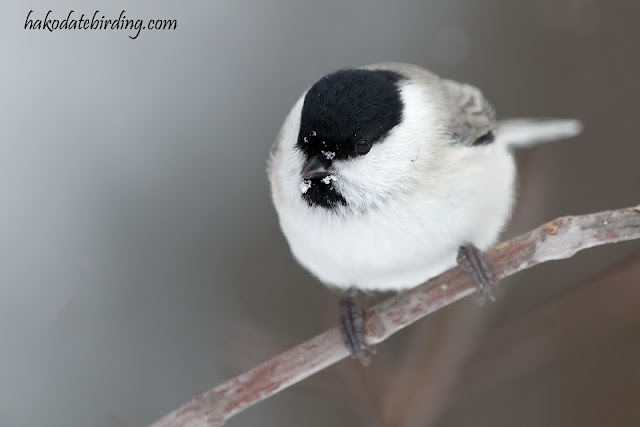 Also around were Little Grebe, Grey Heron and Great Egret. 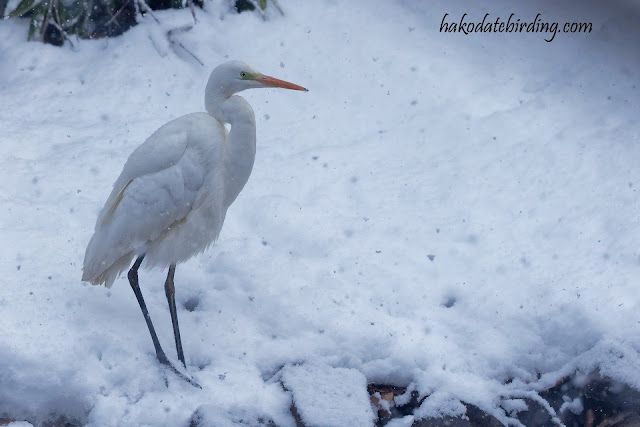