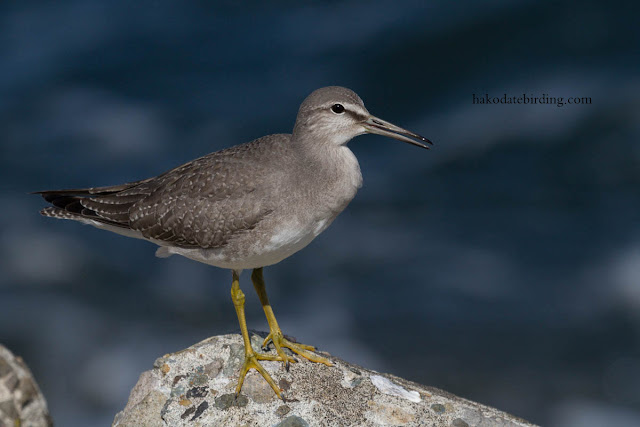 Another east Asian specialty, something to post about when the birding has gone quiet.

This is a common passage visitor throughout Japan and unlike most waders it is as common in spring as it is in autumn. It is the 'default' medium sized wader of the region, similar to the Redshank back in the UK. It breeds in Siberia and winters in SE Asia and the south Pacific.

In Hokkaido they appear in a variety of habitats but they seem to prefer rocky coasts. Having said that I have seen them on sandy beaches, mudflats, inland on rivers and lakeshores and even once on the moat in Goryokaku park. They were the first wader species I saw in Hokkaido.

They first appear around Hakodate in late April, a few linger on into June. These photos are all in May and (like all the photos in the post) were taken invarious locations in Hokkaido, mainly the southwest. 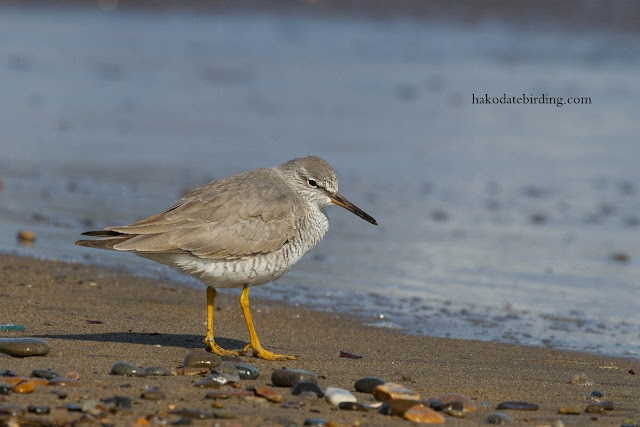 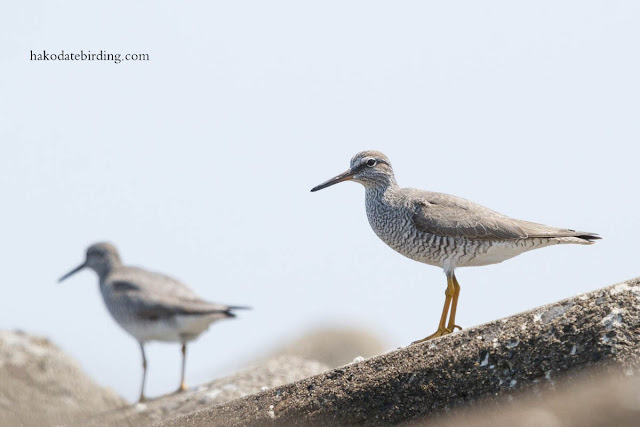 They often appear in small loose flocks and sit around on the rocks. Their slightly eerie call is one of the most familiar sounds on the jettys and harbours in spring and autumn........... 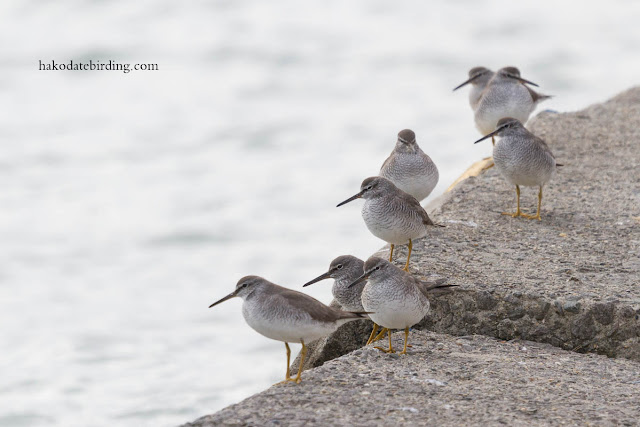 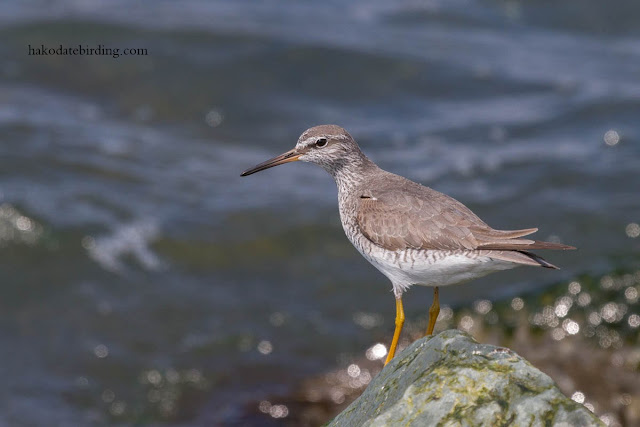 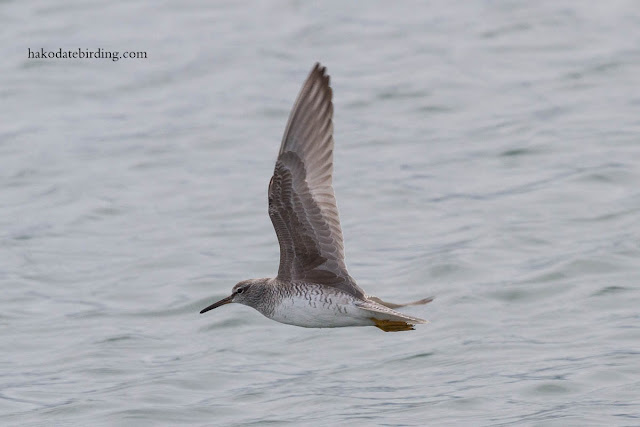 I first saw this species in late 1994, bobbing up and down on a pole in the mangroves near Cooktown, FNQ. A few months ago I saw this individual in Kamiiso. 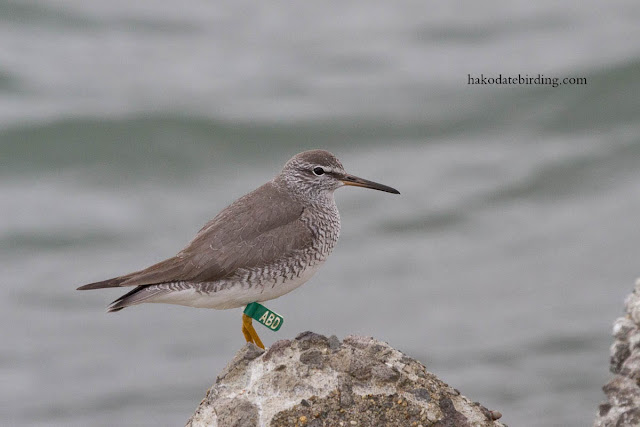 The resighting was a distance of approximately 7804 km, with a bearing of
350 degrees, from the marking location. 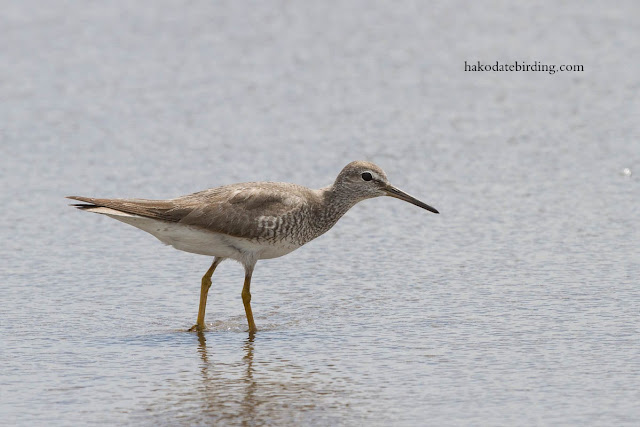 They are especially common in September, I think all these are juveniles but I'm not 100% sure. They all have the white markings on the back anyway............... 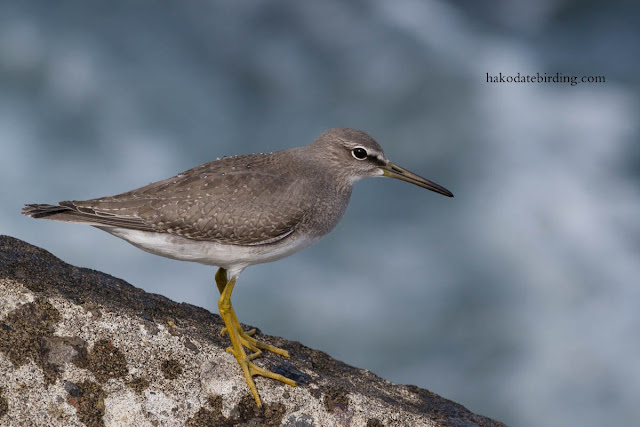 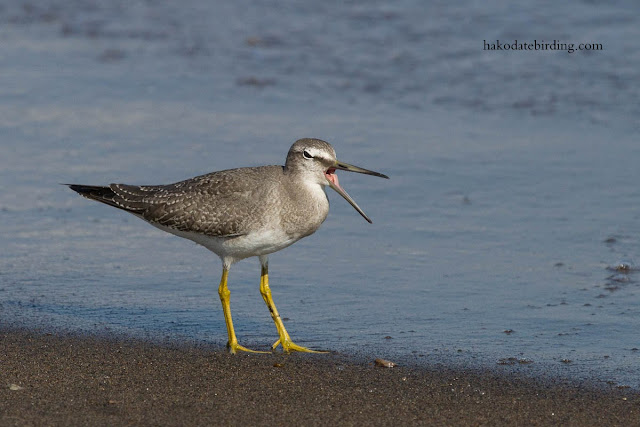 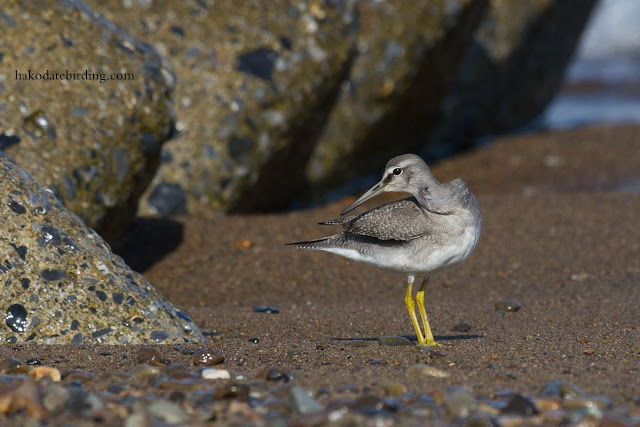 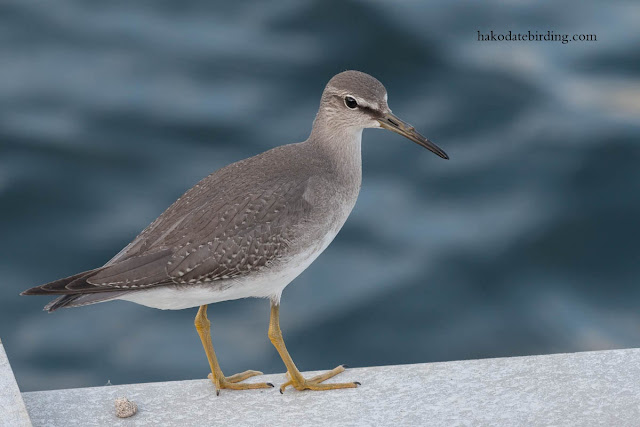 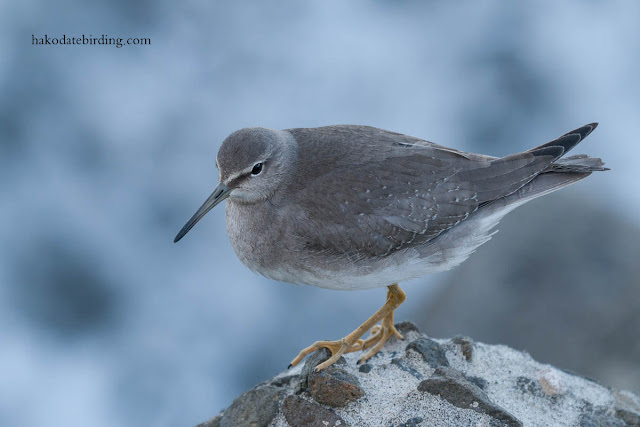 By the end of September they have moved south although I usually see a few stragglers into October.