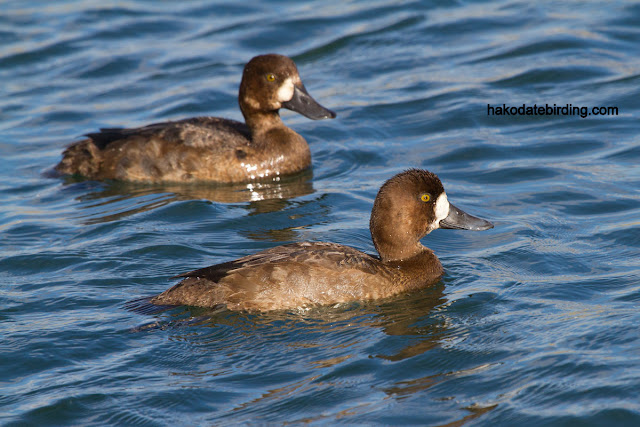 Some Scaup at Kamiiso this afternoon, there were about 10 or so species of duck around (lots of Pochard) as well as several Great Egret and the 5 commoner species of gull.................a Siskin in the long grass on the beach was a surprise.

The Scaup were a scruffy bunch, they'll look much better come spring. 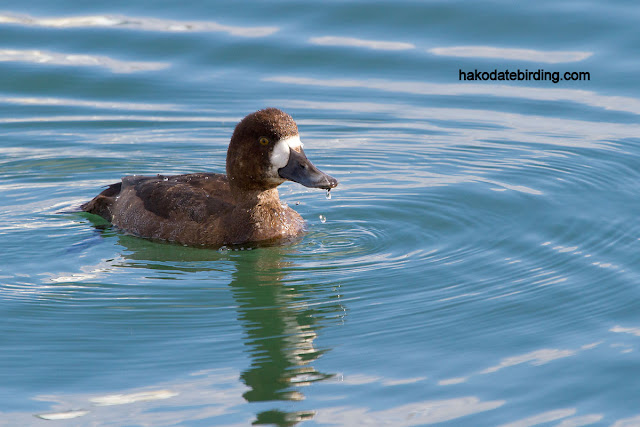 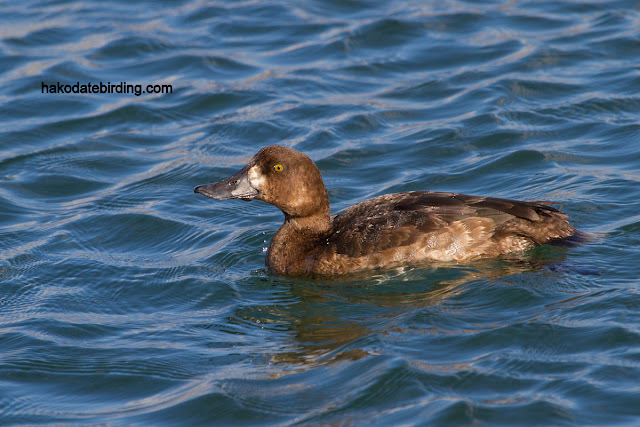 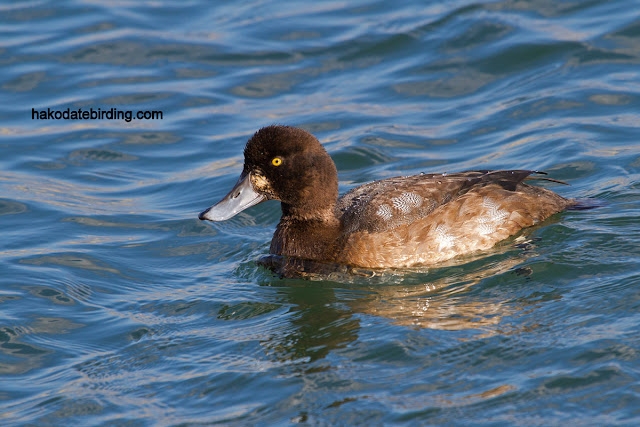 And here is a hybrid of Mallard and Spotbilled Duck, I saw quite a few of these last year too. 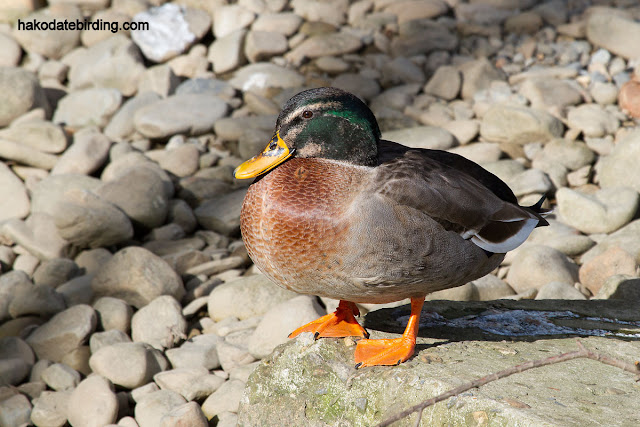 Last Sunday it was very very windy and the direction was from the east so we headed over to Sawara where in the last couple of years several Red Legged Kittiwakes have been found at this time of year after such storms. There were about 50 or so Black Legged Kittiwakes but I couldn't find any of the (much much rarer) Red Legged. There were a few Harlequin Duck around but not much else, at Onuma there was the usual common stuff in the forest but nothing noteworthy.

Labels: Scaup
Email ThisBlogThis!Share to TwitterShare to FacebookShare to Pinterest