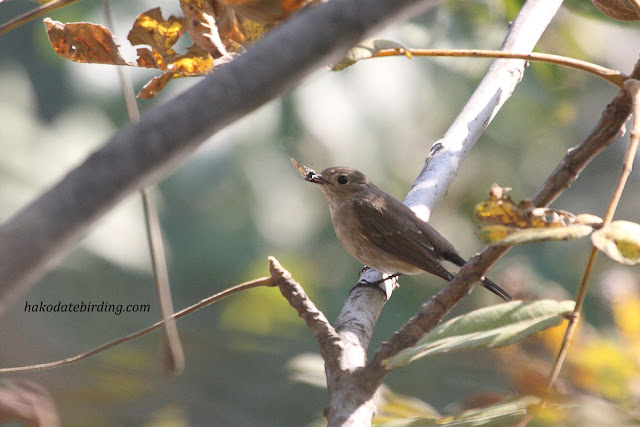 A heavily cropped shot of a Taiga Flycatcher near my apartment this morning. I'd first seen it yesterday, it was very difficult to photograph and this was the best I could manage. 2 years ago I saw the closely related Red Breasted Flycatcher just downstream from this place. I think this is a Taiga Flycatcher though, the call was a rapid buzzing trill, which seems to match the descriptions in my fieldguides anyway.

Other migrants around included Rustic Bunting, a lone female Narcissus Flycatcher, Japanese Bush Warbler and the first Daurian Redstart (a male) of the autumn.

Ducks are building up: Teal, Tufted Duck, Mallard and Wigeon were around today and yesterday there were 5 Scaup in Goryokaku Park. A bit of a surprise, normally they usually arrive later and I've never seen them inland before....... 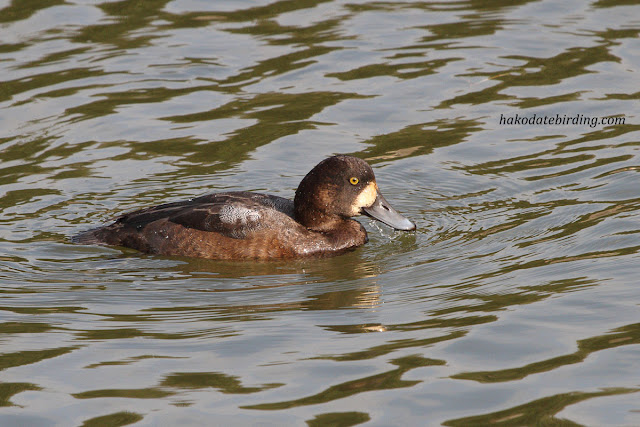 I've been going back and manually resizing old photos to fit my new resized blog template. One thing that struck me was that, in the last 4 years, in mid October almost all my photos were of Night Herons. This year there don't seem to be many at all, I saw a few several weeks ago but since then.........nothing. Where are they? Are this years' birds better at hiding? Was it a poor breeding season? Do they know something we don't and have already fled south in anticipation of an ultra cold winter? Who knows.......

There were 3 species of Heron on the river today. Grey Heron of course. Plus a Little Egret...........a bird I've yet to get a decent photo of. 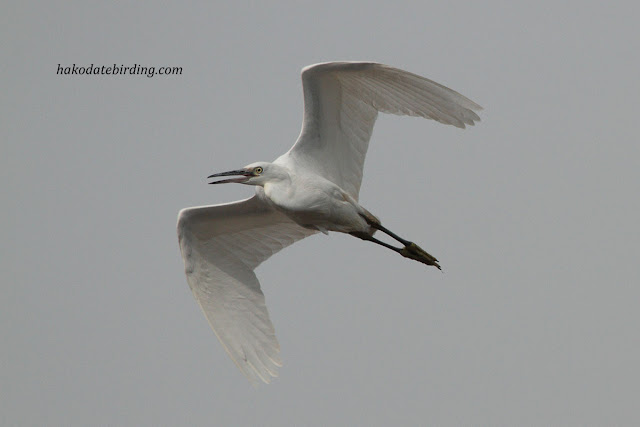 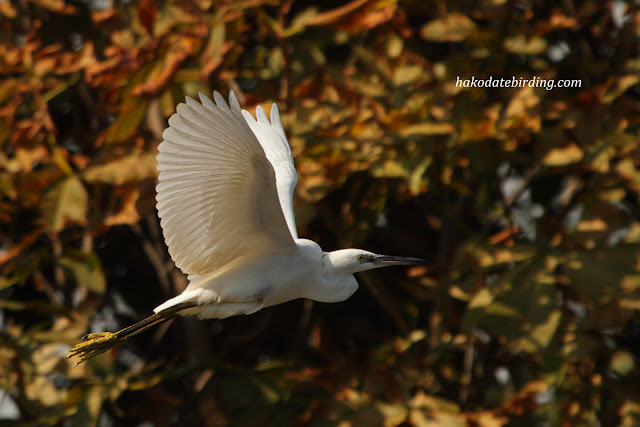 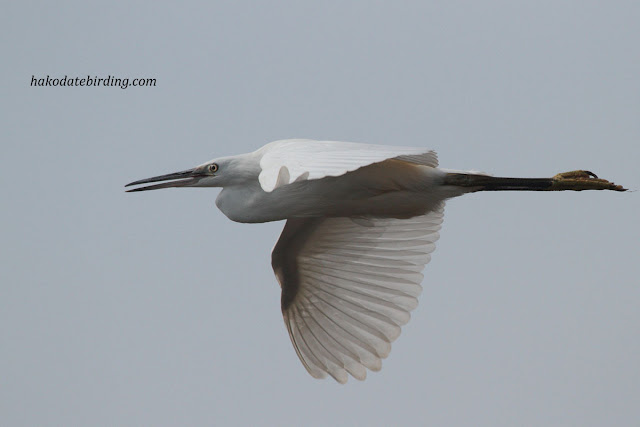 They were sharing the stretch of river with 2 Great Egret. 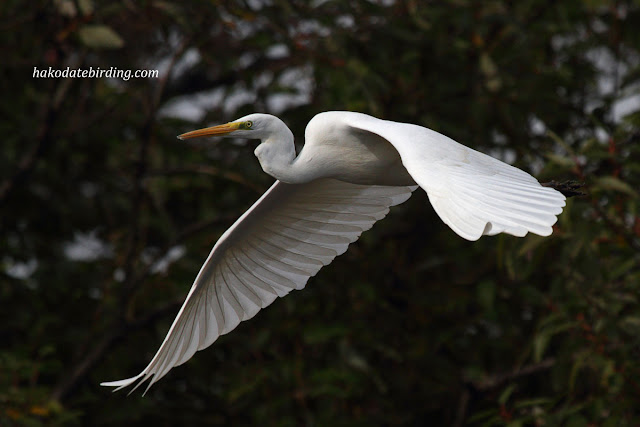 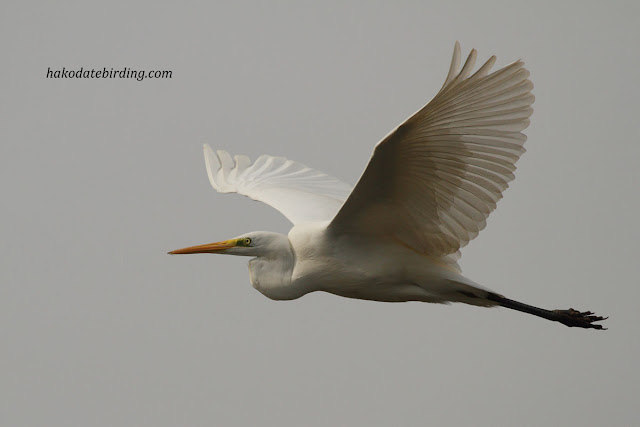 Thank god the Premier League is back tomorrow, England's international footy and rugby teams were hard to watch last weekend. I'm listening to the ODI against India now on BBC's websites. Only available to the UK eh? Someone at the beeb forgot to switch the international feed off. Shhhhhhhh................don't tell anyone.

Just about over my cold, it prevented any trips to Mt Hakodate for the peak migration, lots of Mugimaki Flycatcher and accipter species apparently......