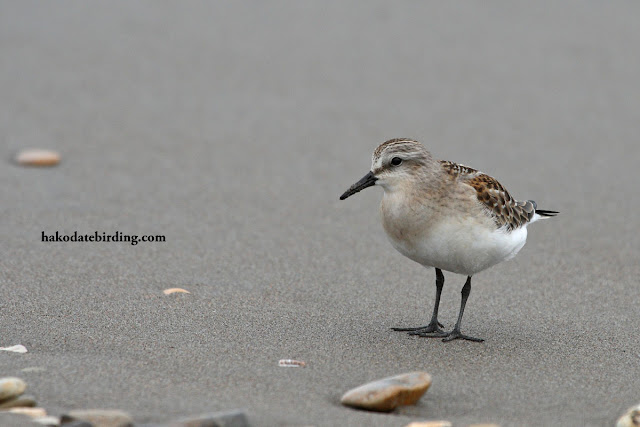 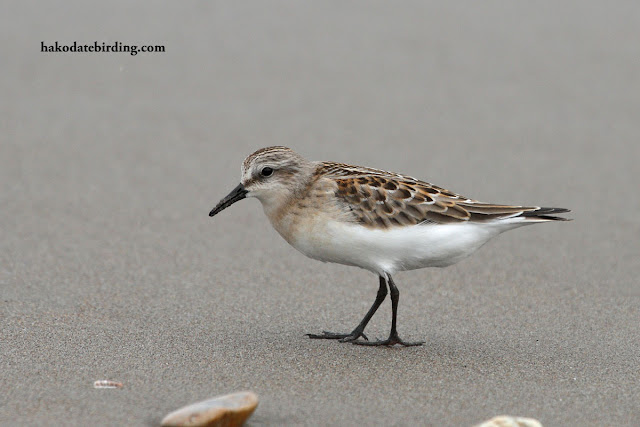 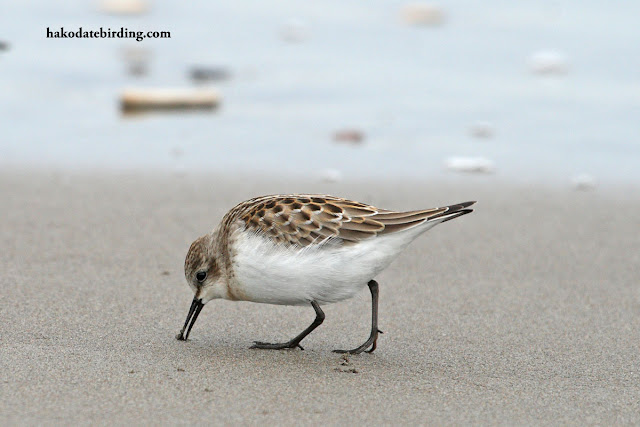 We were back up at Oshamanbe today and there was a mixed flock of about 40 or so waders. Most of them were Red Necked Stints. There was also 1 Dunlin and about half a dozen Sanderlings. The Sanderlings are much bigger and easy to pick out. 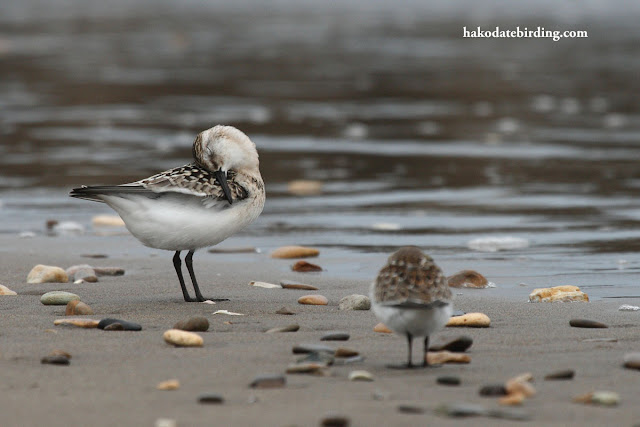 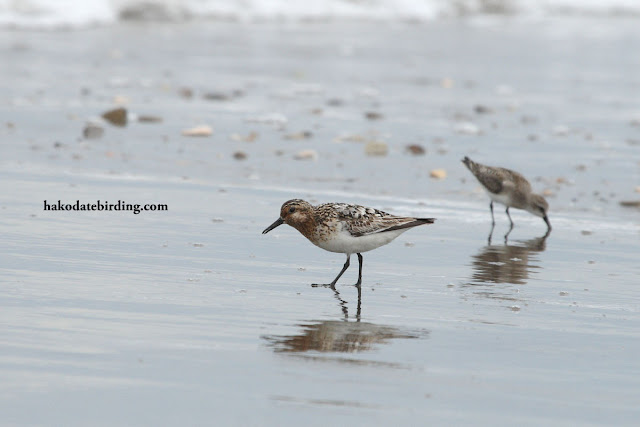 The Dunlin and some of the Sanderlings still has the remnants of summer plumage....... 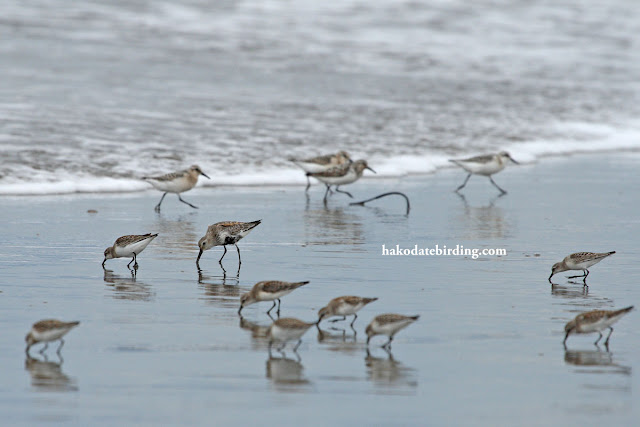 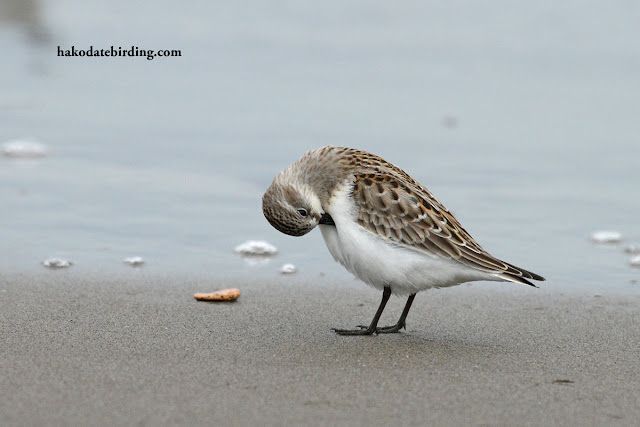 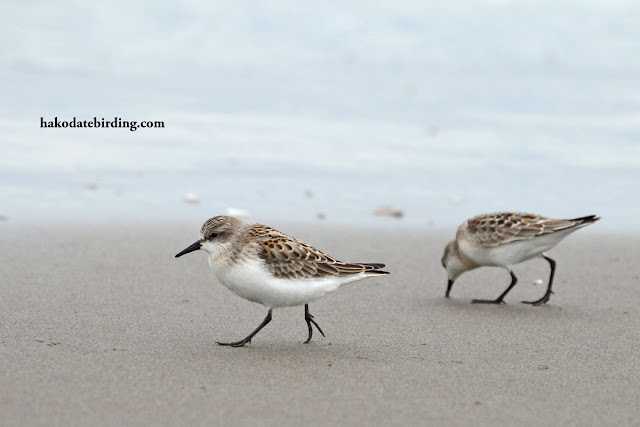 Red Necked Stints are one of my fave birds. They come very year at the same time. There's a window of 5 or so weeks when there are loads of them everywhere. Shame it was such a grey cloudy day....... 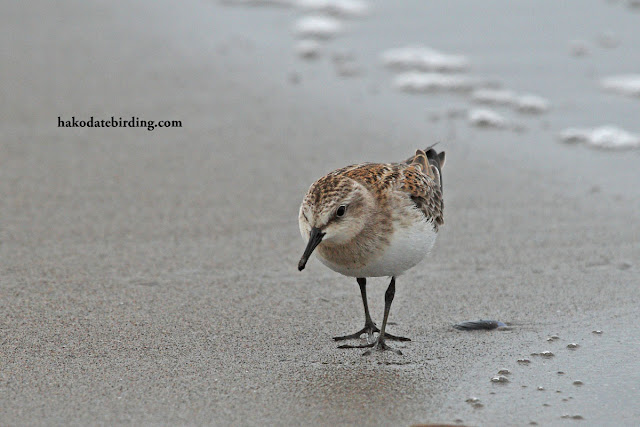 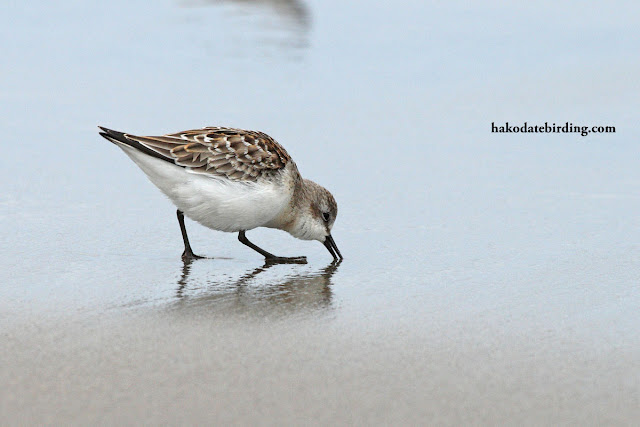 Not much else around. Lots of migrating hirundines and Pacific Swifts.

Only another 4 or 5 weeks of local construction noise (I'm saying that through gritted teeth).

My wife voted in the Japanese General Election today. Looks like Japan will be getting a new government after pretty much 54 years of one party rule. Will anything change? Some anti-noise laws wouldn't go amiss Mr Hatoyama.

Installed Snow Leopard with no major issues and am hoping the 7D will be announced next week. My trusty old Canon 400D/XTi has served me well but now its time to move up a level. I just found out today the flash is broken so I can persuade my wife I may as well get a new model...........

The Liverpool victory was exciting last night but they aren't looking like title contenders. If I was a betting man I'd put a few quid on Man City.

I may watch the 20/20 cricket later today, I've never seen one ever.