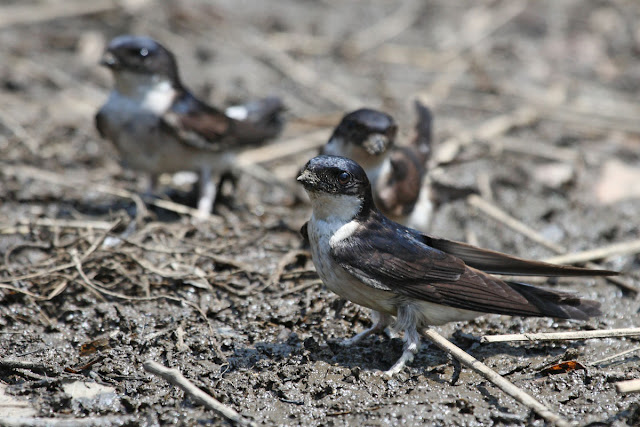 The weather was pretty hot again today and I spent some time with some Asian House Martins who were gathering nesting materials on a muddy patch on the small river near my flat. Tricky things to get the exposure right on....... 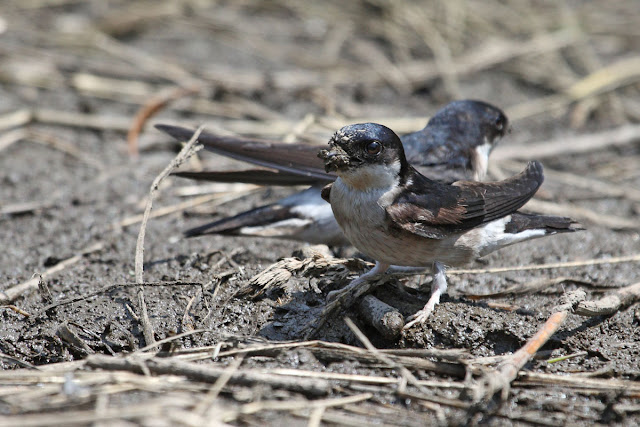 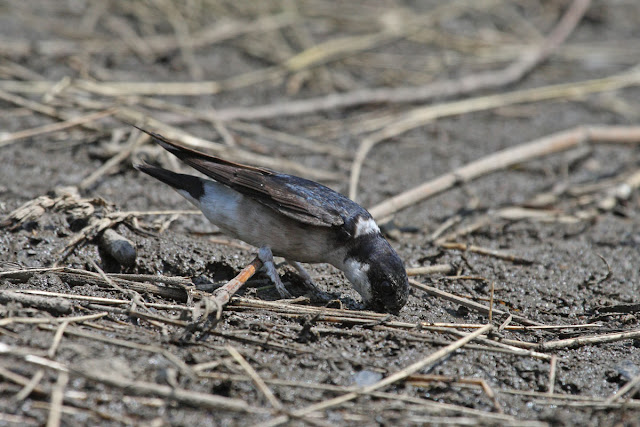 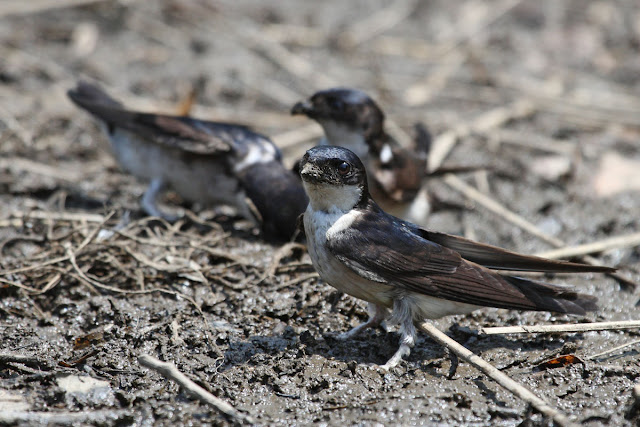 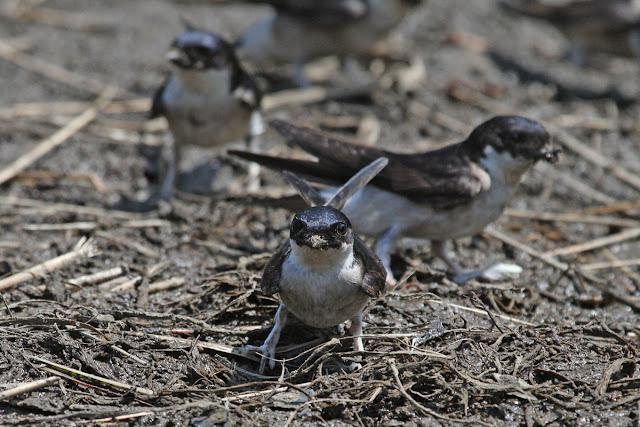 House-building of another kind continues next to our apartment. The noise is driving me crazy as is my hay fever, not something I usually suffer from this last few days but I've been spluttering and sneezing like a coke fiend.

Lots of nestling activity in the neighborhood and several other species came down to take a drink from the river........like these Oriental Greenfinch, Red Cheeked Starling and Tree Sparrow. 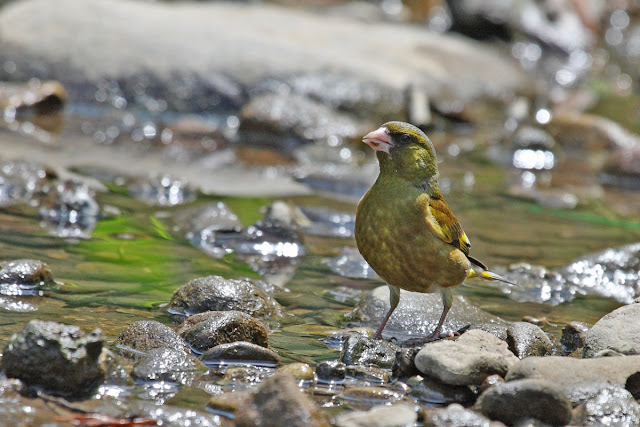 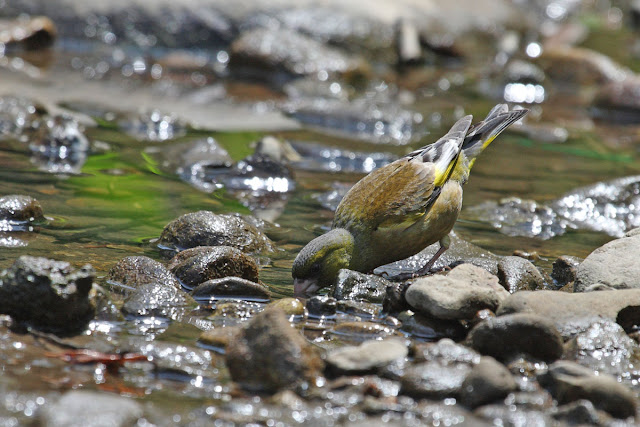 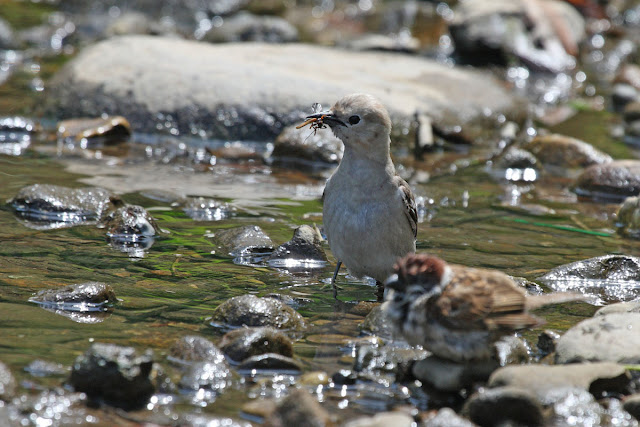 I was hoping to get a shot of a young Night Heron but nothing happening there, I saw them several times in early July last year but can't locate them this time.

In my last post I mentioned a Tern I'd seen last weekend in Yakumo. I assumed it was just the East Asian race of Common Tern (which has a black bill) but when I actually looked at my crappy record shots it became clear it was something else. It isn't grey underneath, the tail streamers are not so long and that bill looks chunky. 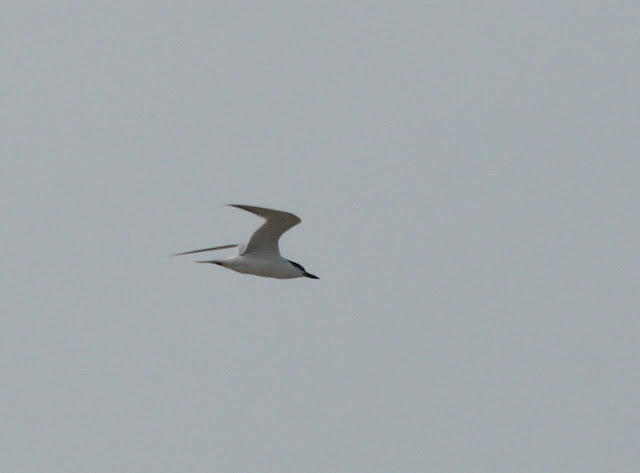 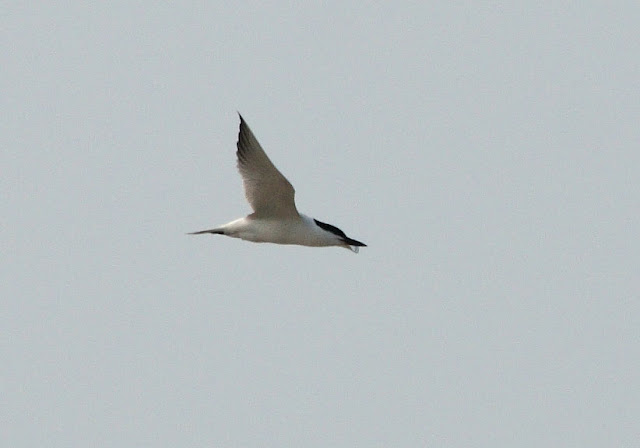 It's a Gull Billed Tern (ハシブトアジサシ in Japanese), a bit of a rarity. June is a good month for rare terns, 3 years ago I saw a Caspian Tern at Asabu but as I didn't have a camera you'll have to take my word for it.