A grey July day, a video and a mistake

My latest videoscoping experiment: a Black Browed Reed Warbler singing just outside Hakodate this afternoon. The weather has been awful the last few days with lots and lots of rain and uniformly grey skies.

I got a new compact digicam last week, the Canon 780 IS (that's the name in the US, it's the IXUS 100 IS in Europe and the IXY 210 IS in Japan). It's a tiny thing and I got it mainly for the HD video. The above video was through the scope, I had to crop it as I seemed to have moved the camera on the adapter so it wasn't properly lined up with the eyepiece..............I need more practice I think. Focusing accurately is quite hard I have to say and a 65mm scope in poor light doesn't quite fit the bill especially with a 32X eyepiece......

You can view it in better quality here. It may take a while to load and it seems to stick halfway through.

The same bird posed nicely for some regular photos. 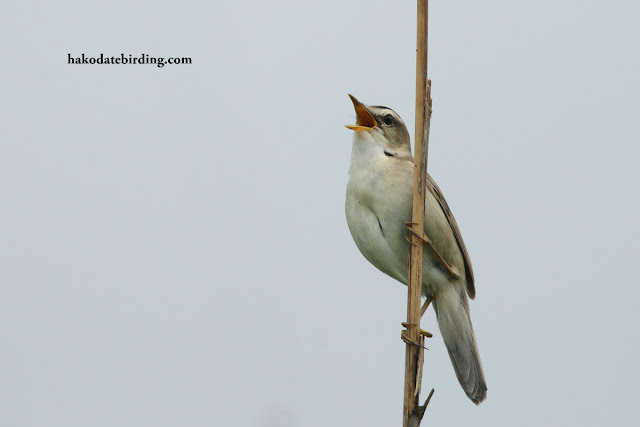 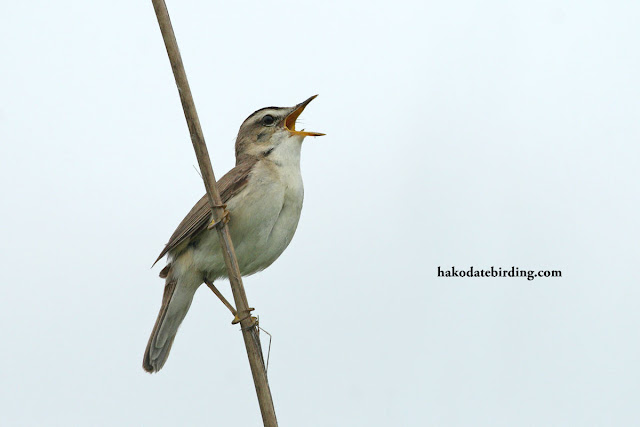 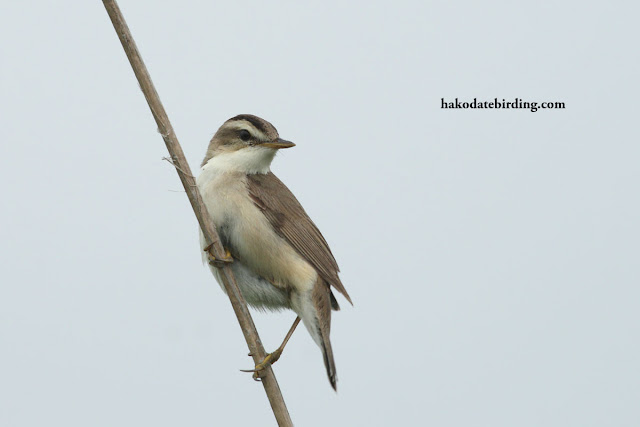 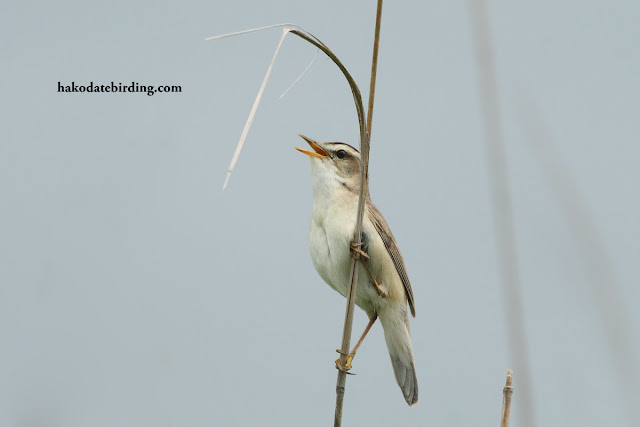 Not much else around this last week to be honest. I achieved my 15 seconds (not minutes) of fame at least...... in a local free magazine. I am the featured 'foreigner of the month' for August!

Note the spelling of 'Hokodate'. Not my error, the editor of the magazine even called and apologised and brought round a box of cakes to emphasize the point.

A boring week, no sport on TV last night so I got drunk instead and now I'm hot, tired, grumpy and hungover as well as bored.

The construction work continues, both next to and opposite my apartment. The trees across the road have been cut down and the grass has been replaced by mud. I saw some good species in those trees........ Japanese Waxwing, Crossbill, Asian Brown Flycatcher, Arctic Warbler. The noise will become unbearable soon I'm sure. 6 (or 7) days a week of hammering, drilling, sawing, whirring, tapping and shouting. 8am start to deny me a sleep-in too. Why are they building new houses anyway? the population of Hakodate is falling and there are empty apartments everywhere. This country is run by and for the construction industry.

The next General Election is coming up. That's almost as noisy as pointless construction projects. Electioneering here consists of volunteers driving slowly around the streets blasting out propaganda from loudspeakers or candidates bellowing out their names over and over again and asking people to vote for them. They don't say why we should vote for them of course.

The same people always win anyway, Japan has such a conservative and passive electorate. The word on the street this time round says that might change next month though but I doubt it............

Things will look up in a few weeks and I can stop my moaning; the Ashes resumes this week, the footy season will start in 3 weeks, the waders will come through in about 5 weeks at about the same time as the election finishes, we have a 4 day holiday in September, the construction goons will finally finish and f**k off in about 9 weeks and oh yes the 60D might be announced in a couple of months and I can finally upgrade my DSLR.