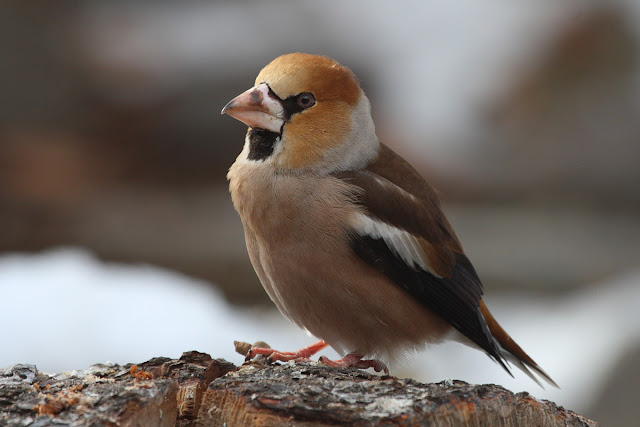 A Hawfinch at Onuma this morning, this one was taken through glass but I'm pretty pleased with it. Don't mention to anyone it was on a feeder though. 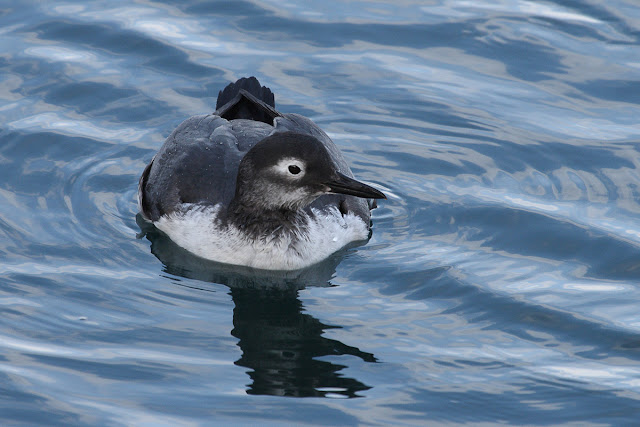 A Spectacled Guilemot in one of the fishing harbours in Hakodate last week. I'd perviously only seen this species in east Hokkaido (and way offshore through the scope too) but here it was extremely close. We watched it for several minutes trying to swallow some kind of flatfish. 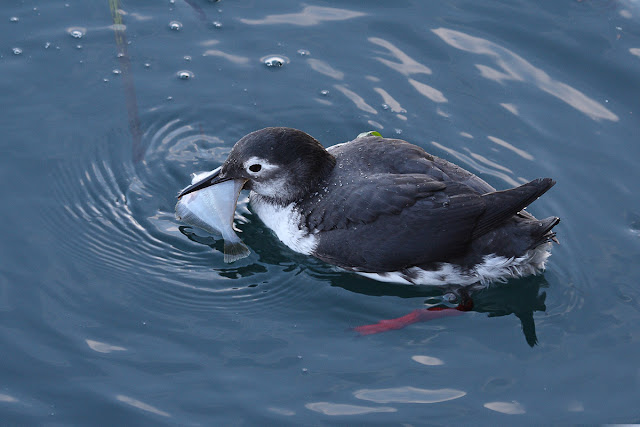 It was so close I managed to take this crappy video, just with my compact camera (not attached to a scope or anything). On the right side you can click to watch it in 'high' quality.

I checked out video cameras in one of the local electrical stores last week. The cheap ones are affordable but the high definition ones are about ¥80,000. A bit out of my price range at the moment although a cheaper one attached to my scope may work but setting it all up is such a hassle (plus I have to carry all the extra gear). I plan to upgrade my DSLR body later this year and am kind of hoping Canon may release the 60D with HD video............ 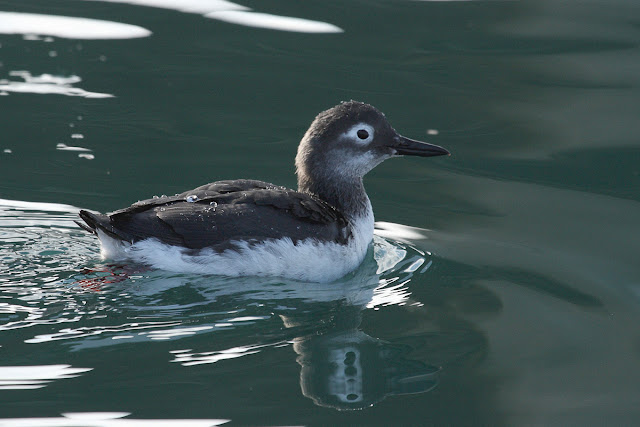 For lots more Guilemot photos please click here. Apologies if my other website sometimes takes ages to load the pages, something about the coding of iweb created sites I think (plus my general cackhandedness).

Sharing the fishing harbour were the usual Harlequin Duck and Brent Geese. 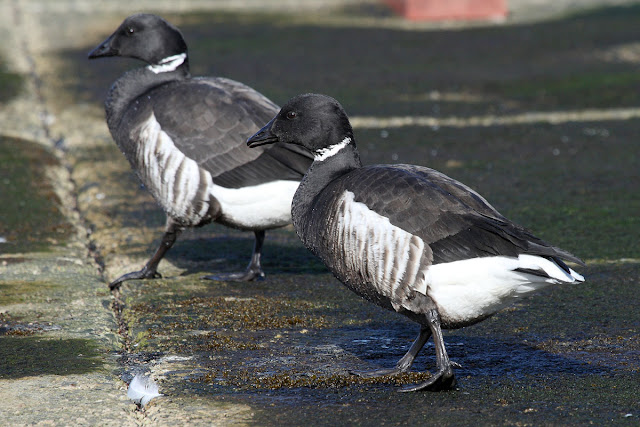 More photos of the Geese and Harequins are here.

Today (Sunday the 1st Feb) I went up to Yakumo with some friends. The eagles were showing nicely. 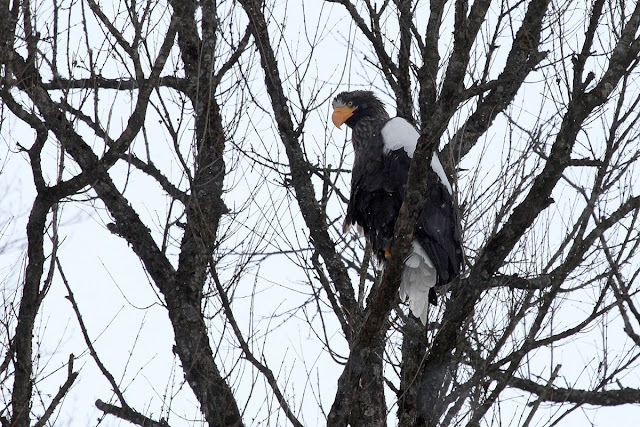 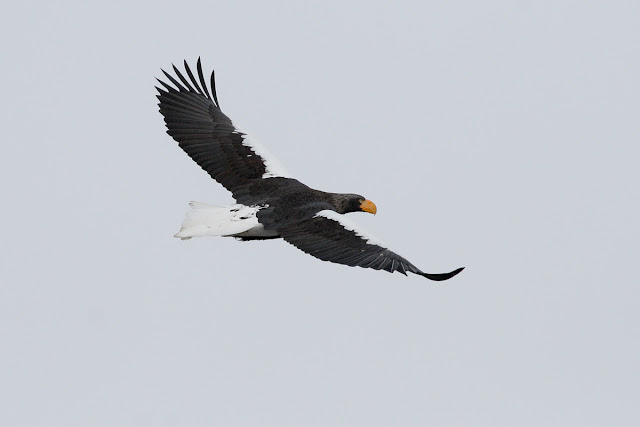 And here are 2 more low quality digiscoped videos of the eagles eating whatever scraps they could find.


It was bitterly cold at Yakumo and we looked in vain for the Snow Buntings which have been regularly seen there recently. We were even given directions where to find them but alas they were nowhere to be seen. At least the eagles were posing gamely. 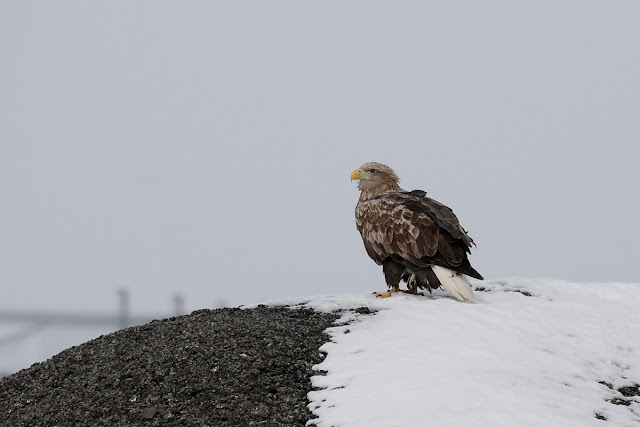 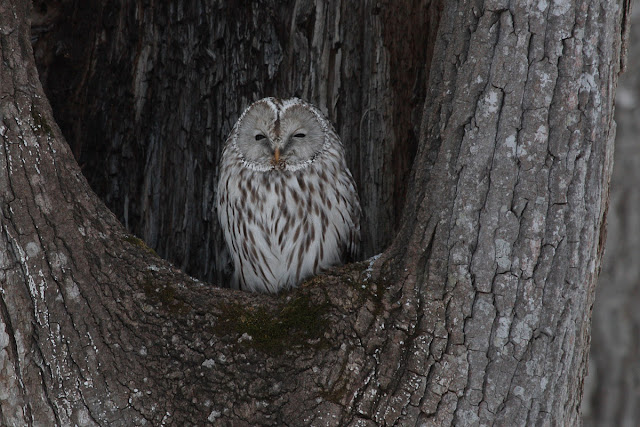 More pics from today are here.

The wife has been working this past week so, apart from today's trip to Yakumo and Onuma, I've been birding on foot around town. A flock of Bohemian Waxwings has been around. 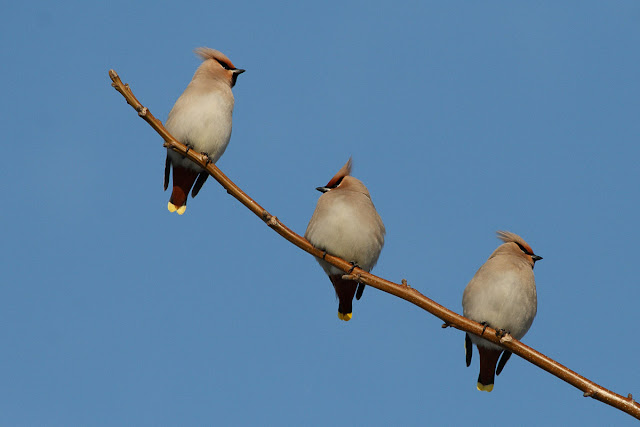 I still haven't really got it together shooting this species. The web is full of great pics of Waxwings close up gorging on berries. With me they always sit up in high places and when they swarm onto a tree it's always on the other side of a busy road or they fly off as soon as I get near (they ignore other people walking by of course). Brown Eared Bulbuls also chase them off just as I get the camera ready. More Waxwing pics are here. 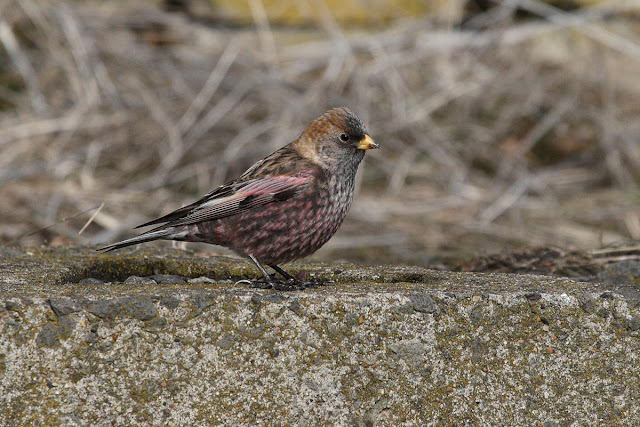 This was one of a group of 6 or 7 Asian Rosy Finch on the beach on Friday afternoon. They were a bit jumpy, hopefully they'll stick around a bit longer and I can get some better shots. This male Long Tailed Rosefinch was one of several around town this week too. 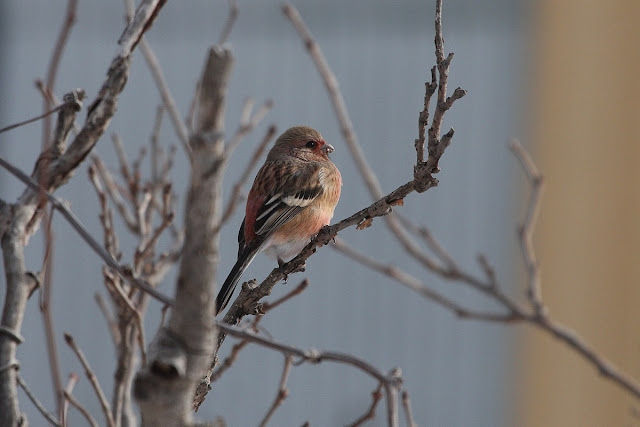 So what else has been happening this week. I got a new fieldguide to the region. You can check it out here.

The author of the book (Mark Brazil) also lives in Hokkaido, I've never met him although we have exchanged one or two e-mails. The text is great and is way better than anything before for the east Asian region (in English at least) although some of the illustrations are hit and miss. I took advantage of the weak UK Pound and bought it from Amazon's UK site.

I started watching Season 6 of 'Shameless', a series which has gone downhill a wee bit to be honest. Still worth downloading and watching though.

So if Liverpool draw tonight against Chelsea (the most likely result) and Man U win their game in hand the gap will be 7 points. Oh dear. I watched the game against Wigan last Wednesday and I couldn't believe some of the decisions Benitez has been taking. There is no way in hell they can win the title this or any other season with this coach and/or squad.

The main department store in town was declared bankrupt last week. My wife and brother-in-law both work there so I hope something gets sorted out soon, apparently it's been put under administration or something,hopefully it will continue a while yet. Many of the locals are also panicking about it closing. I mean where else can bored spoilt Japanese housewives buy designer handbags and expensive perfume from?

I'm cold and tired and am going to take a bath and then relax with a beer and try not to get frustrated with the Liverpool game later on...........