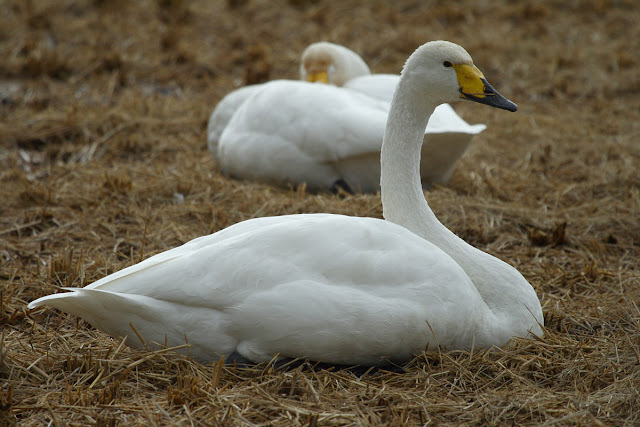 Some Whooper Swans a few days ago on the outskirts of Hakodate. Lots of stuff arriving for the winter now. Around town in the last week the first Scaup, Goldeneye, Wren and Dusky Thrush have all arrived. And so has this individual. 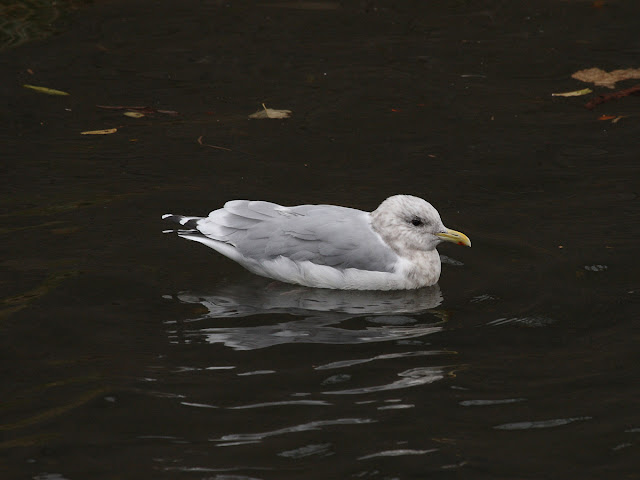 The same Thayers Gull that has been on the local river the last 4 winters. Other Gull species have been arriving too, including this Glaucous Winged Gull on the beach at Kamiso this morning. 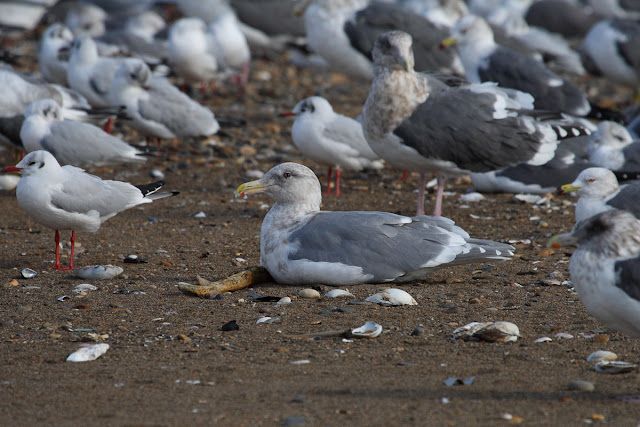 11 species of duck at Kamiso now as well as 3 Great Egret a few days ago too. We also went to Onuma twice in the last week and predictably took a lot of pictures of the tame regulars. 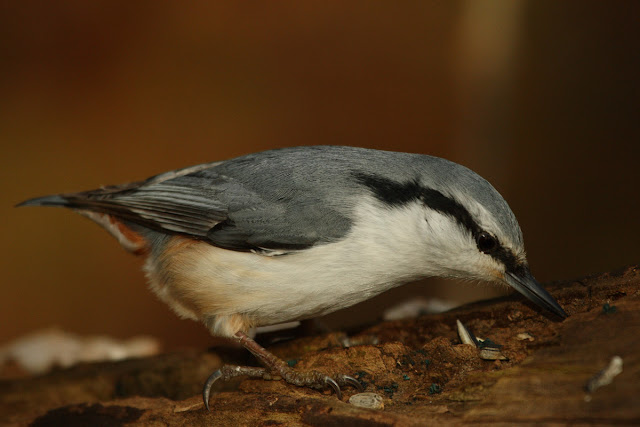 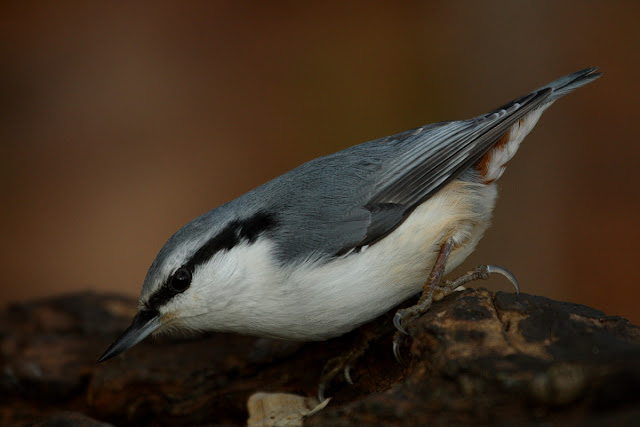 I could lie and tell you I didn't tempt them near my camera with sunflower seeds, but I'm too honest for such deceit. 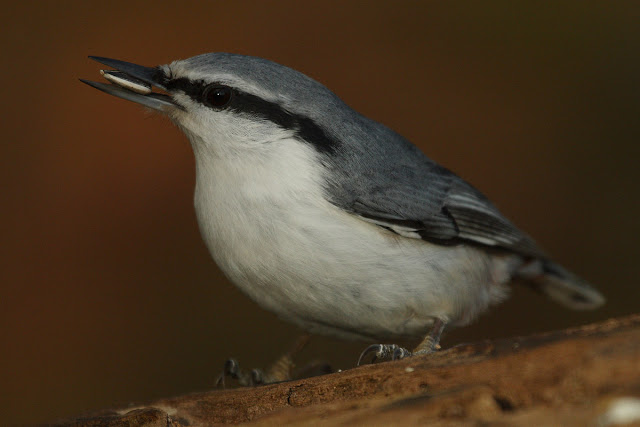 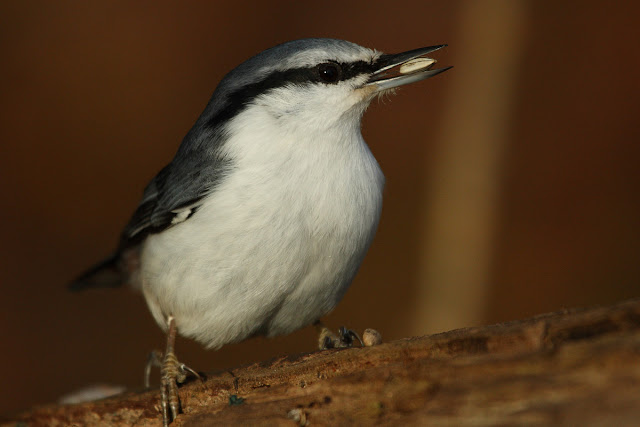 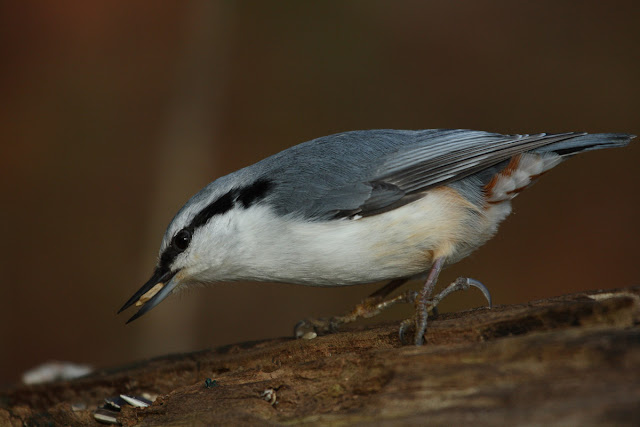 Anyway I couldn't really photoshop those sunflower seeds away.........

A fox was hanging around waiting for some handouts too. Or eyeing the tiny birds that it would never be able to catch........ 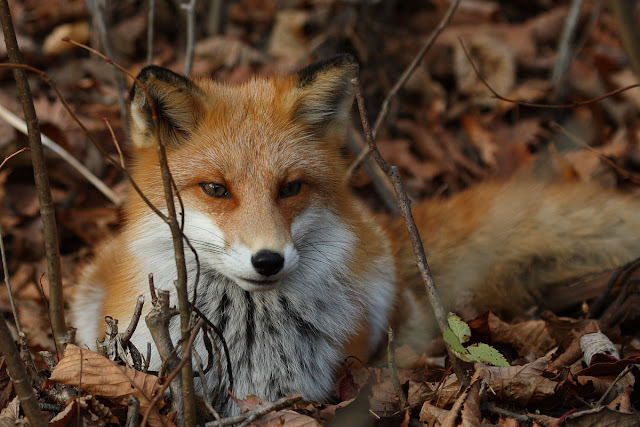 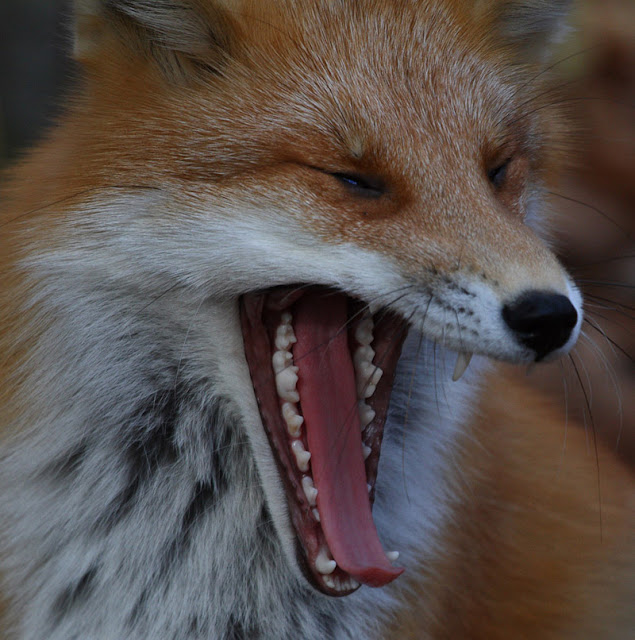 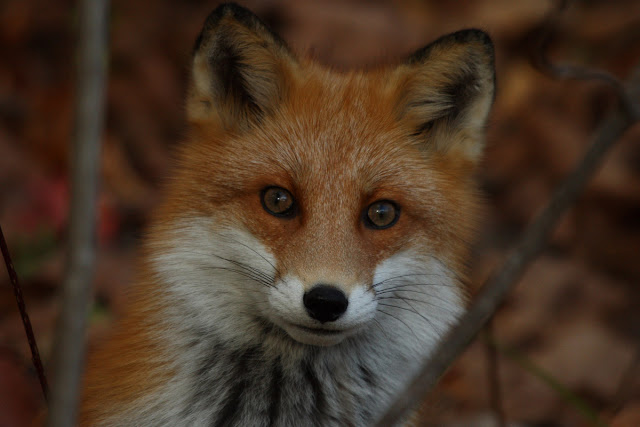 I was using the lens wide open which meant that although parts of the birds were often out of focus at least the background (bokeh) was nice. Very autumnal. 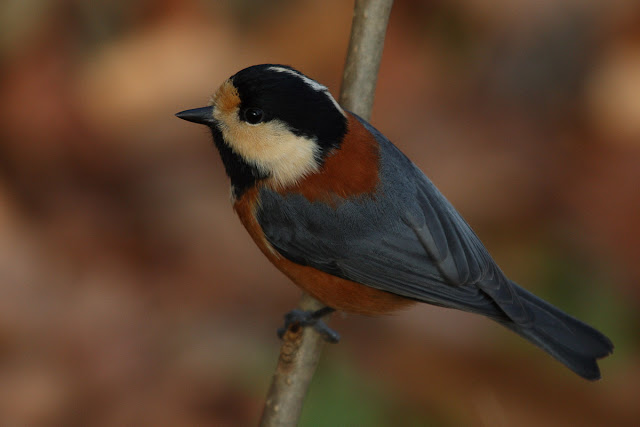 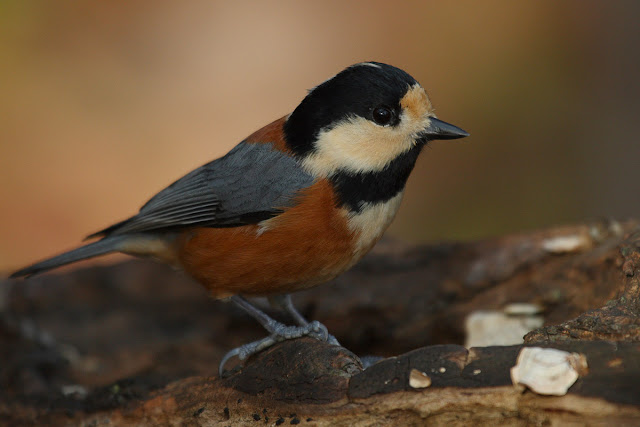 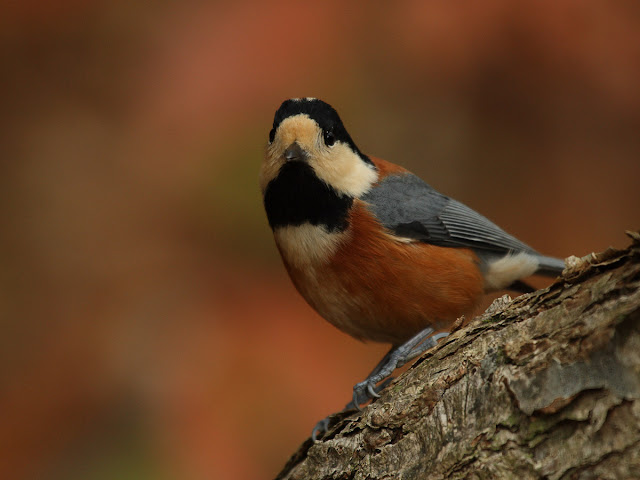 There were 5 species of Tit at Onuma including the above Varied Tits as well as Great, Coal, Long Tailed and Marsh Tits. 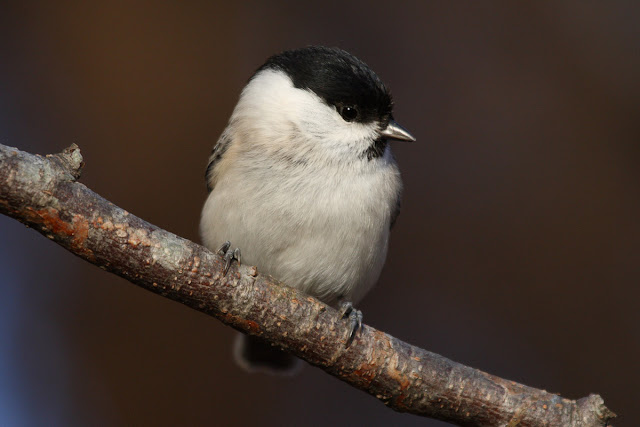 There were a few swans, grebes, ducks and egrets about too and lots and lots of Siskin though of course these weren't so tame. 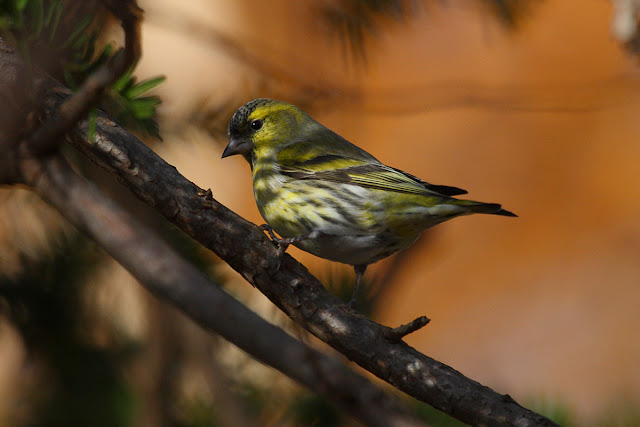 Lots of small birds in Hakodate last week. Near my place I got Red Flanked Bluetail, Yellow Throated Bunting and lots of Rustic Bunting. This (and the Bluetail too) are one of my bogey species photo-wise. The best I could manage was this. 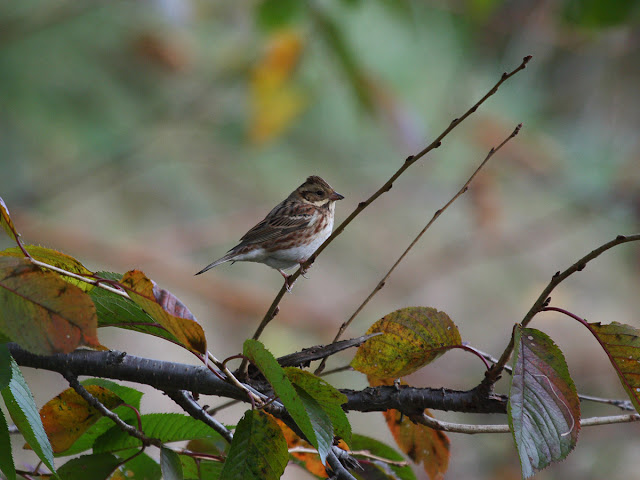 Here a few seasonal shots to round off. 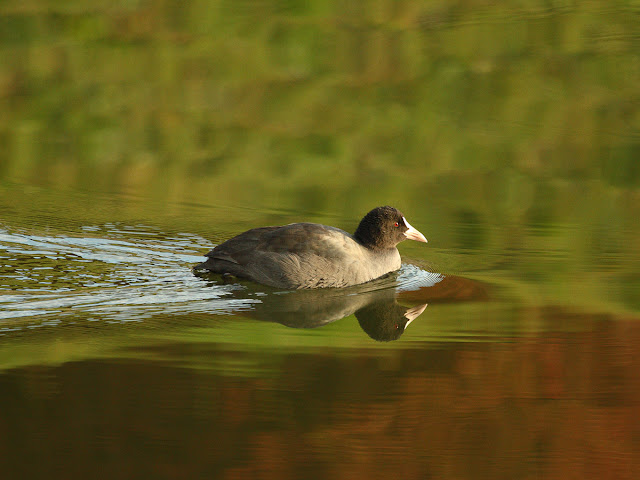 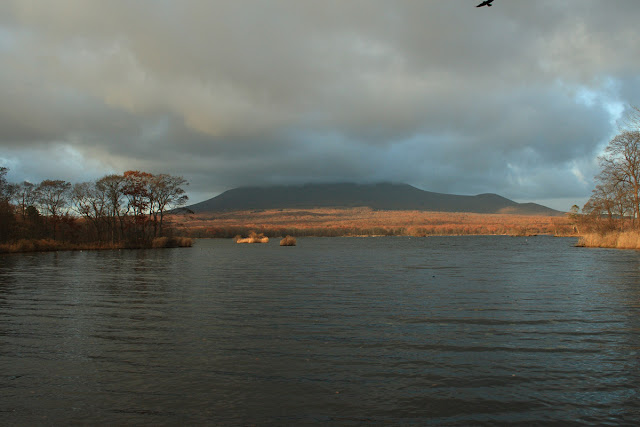 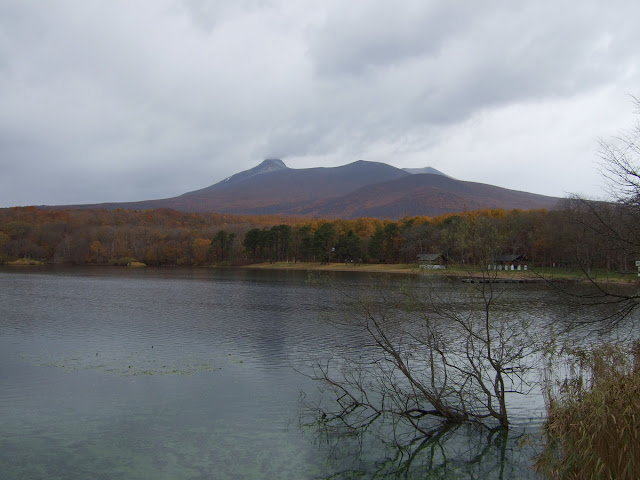 Bird of the day was this species. 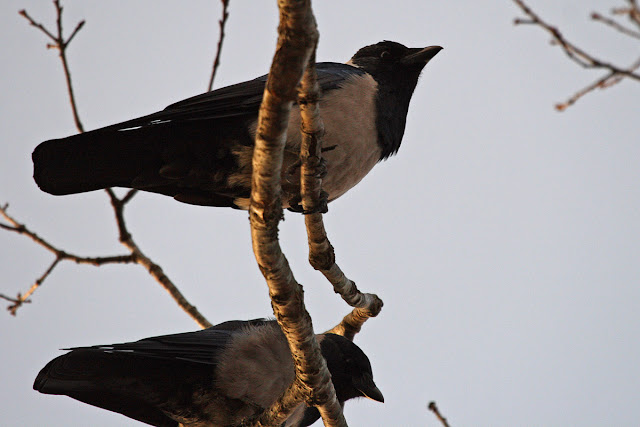 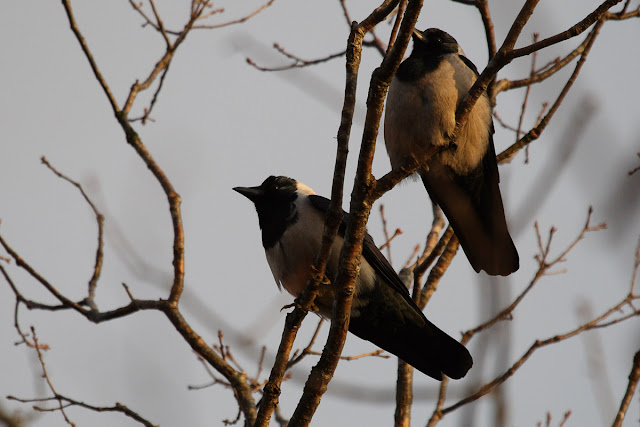 2 Daurian Jackdaw mixed in with the resident Large Billed and Carrion Crow at Onuma. There were also several Rook. Both species are pretty scarce autumn/winter visitors to Hokkaido and someone told us they weer around and we just manged to find them before sunset.

My Calendar finally arrived. You can buy it via the link if you want. A touch pricey for a calendar I agree but I have to say it looks OK. I don't make much profit, if you buy one the net profit will buy me 2 cans of beer. My book should be available soon too and I'll shamelessly plug that when it comes you can rest assured.

Just started watching 'How to lose friends and alienate people' which is pretty funny so far at least.

My other blog is still being experimented on. It'll be updated more often than this one, whether it'll replace this one is yet to be decided...........er I'll think about that later.