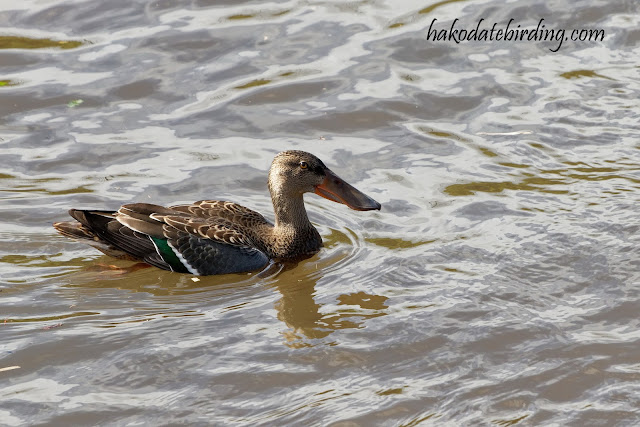 
A friend and fellow birder was passing through town and we took a long hungover walk down the river, along the beach and finally up to the cape.

It was very windy and there were some spectacular waves. A few birds around as well.

The Northern Shoveler above was probably the same one I'd seen earlier in the week. There were 3 species of heron on the river including this Great Egret. 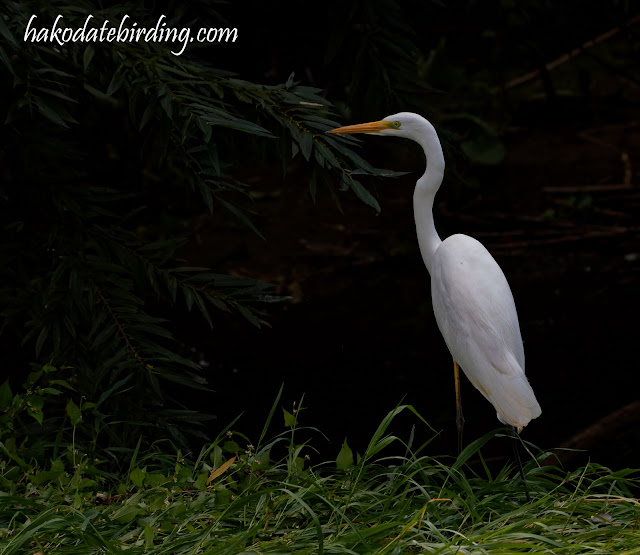 Other stuff included a few flycatchers (probably Asian Brown but we couldn't get a clear look) and a lone Common Kingfisher.

Sadly there were no stormblown seabirds but there was 1 interesting visitor........... 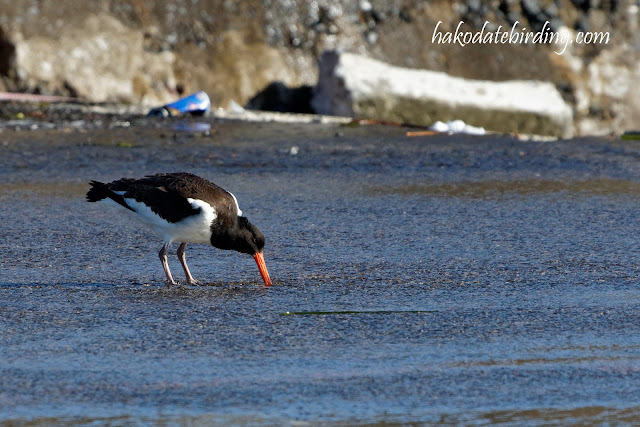 A very skittish Eurasian Oystercatcher: a fairly scarce bird in south Hokkaido and only the 3rd one I'd seen in town.