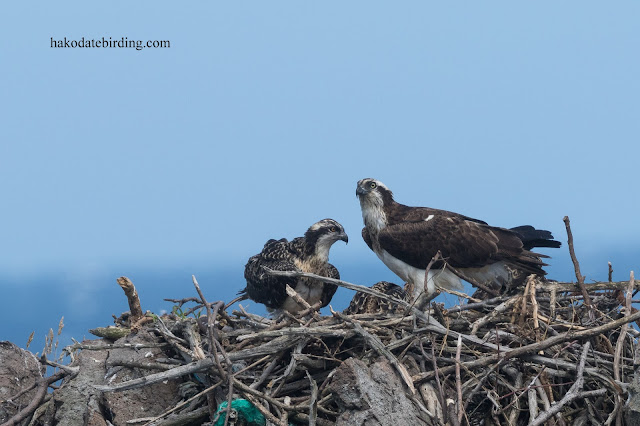 
Unlike the Peregrines from last week the young have yet to fledge. There were 3 of them. the same as last year. 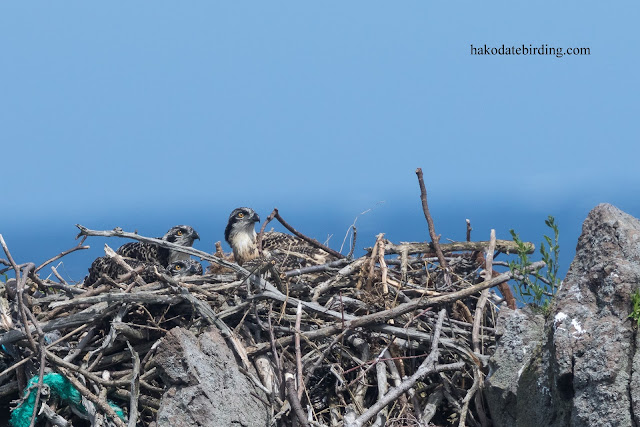 These were taken with 500 mm  lens plus the 2X teleconverter, they are cropped about 50% and it was very windy meaning the tripod was wobbling a bit. The IQ is a bit dodgy to say the least but it is still quite exciting for me to see a family of Ospreys on the nest. I recall my first ever sighting of this species. Loch Garten, 1976 maybe? There was a scope fixed on the distant nest and very very occasionally the female's head would pop up...................and that was it.

I've seen many more since around the world and in Hokkaido they are a common summer visitor with many pairs along the coasts. There were no other photographers at this site, in fact I didn't see any people at all. 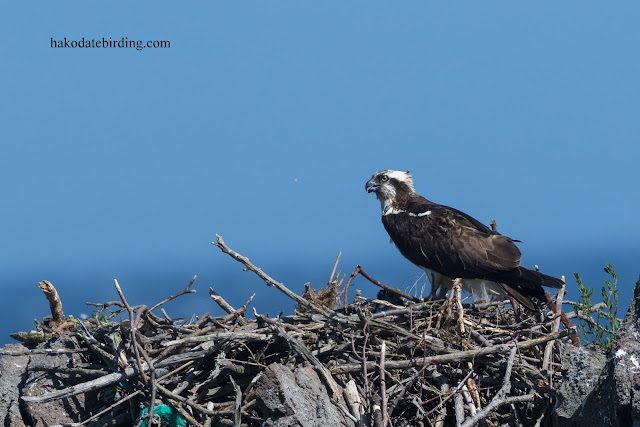 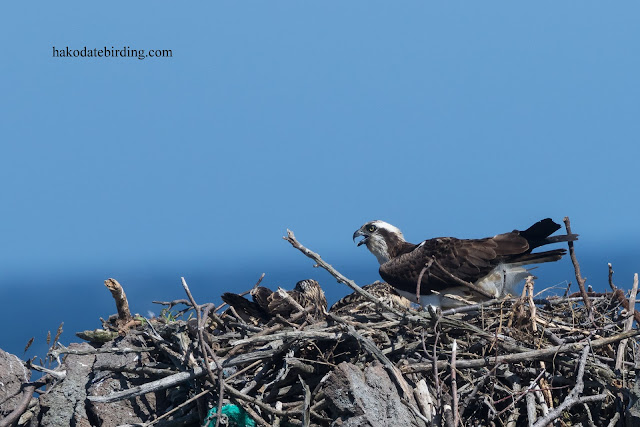 The male dropped off one (small) fish, otherwise not much happened. 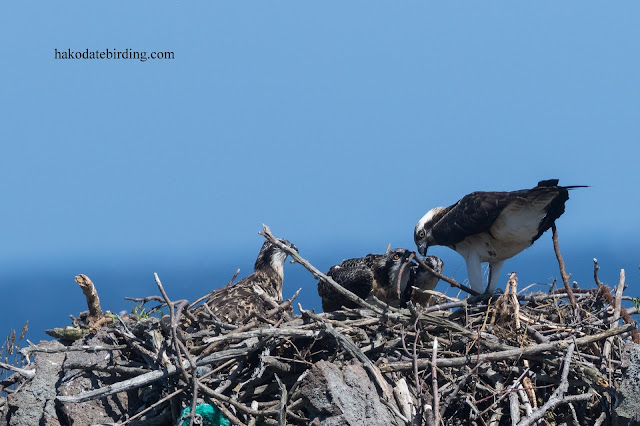 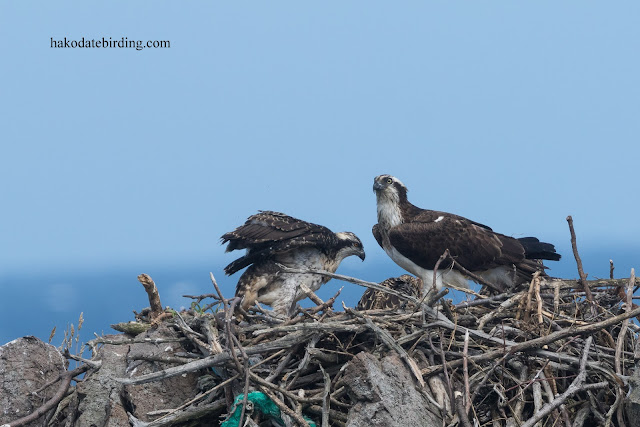 Here's a crappy video I made, note the spectacular dump one of the youngsters makes right at the end.

Not much else of note. More Rhinoceros Auklets offshore in Hakodate Bay, do they breed nearby I wonder?

Labels: Osprey
Email ThisBlogThis!Share to TwitterShare to FacebookShare to Pinterest