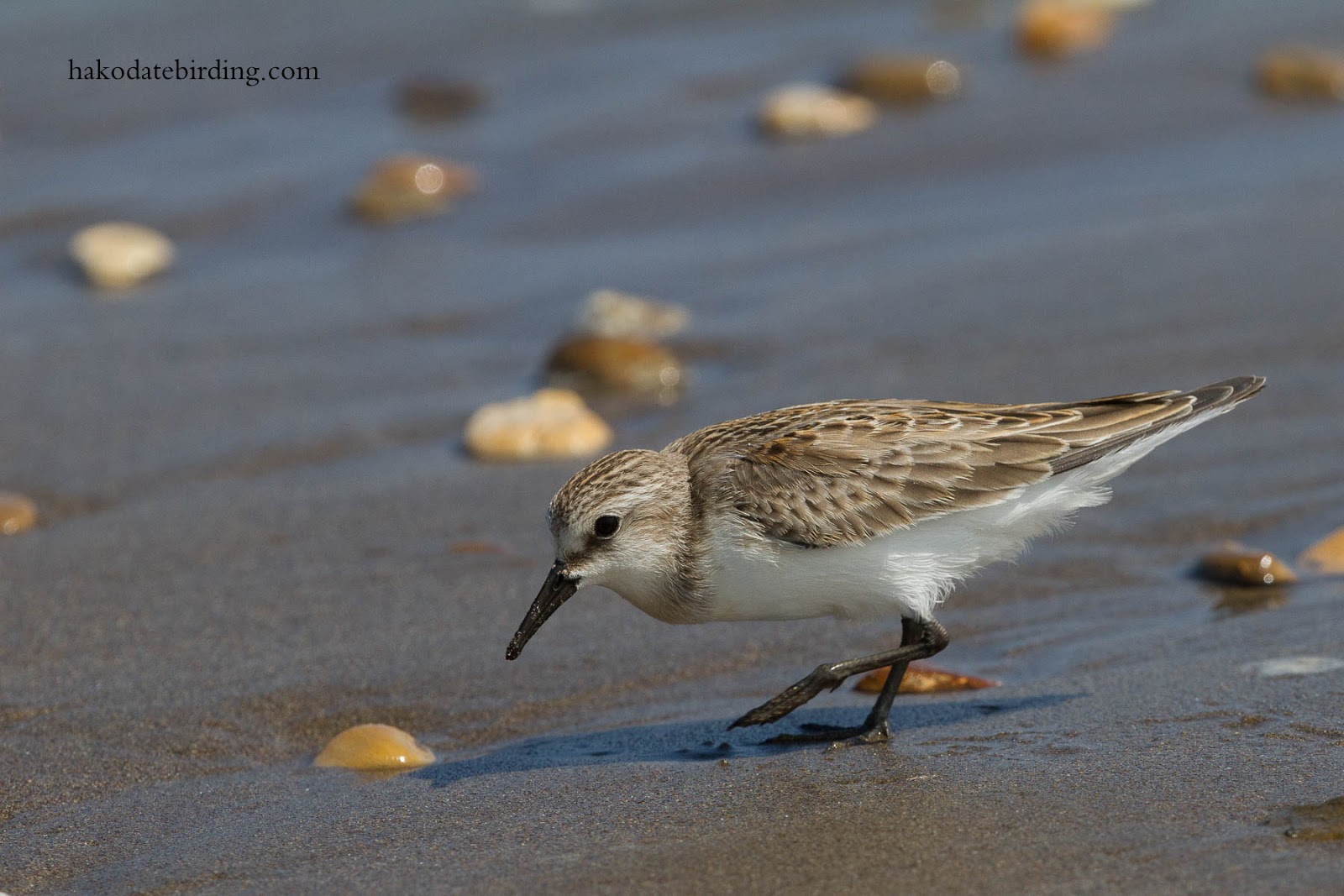 One of many Red Necked Stints on the beach at Oshamanbe today. An immature I think. This is the 'default' common small wader in autumn. There were several loose skittish flocks strung out along the long beach. I had to use the 1.4 teleconverter and still needed to crop a bit. Other wader species mixed in among the stints included Terek Sandpiper, Mongolian Plover, Grey Tailed Tattler and Sanderling.

Not much else around. The first Glaucous Winged Gull of the 'winter' at Yakumo, a Peregrine carrying prey near our apartment..............

Summer seems to be coming to an end and it was the mildest (or coolest) I have experienced in Japan since I came here in 1999. Apart from one very hot week at the end of July/start of August the temperature has rarely climbed above 25 and we have hardly used our air conditioner at all (in summer we have one attached to the window in my working room). I'm not complaining by the way, I much prefer coolish summers to the usual hot humid ones we usually have to endure in Japan.

So war in Ukraine, religious terror in Iraq/Syria, ebola on the rampage in Africa, horrible sex abuse scandals in Yorkshire, fatal landslides in Japan....................but hey everyone lets cheer up: Man Utd are still as comically bad as last season and we should enjoy it as much as possible.