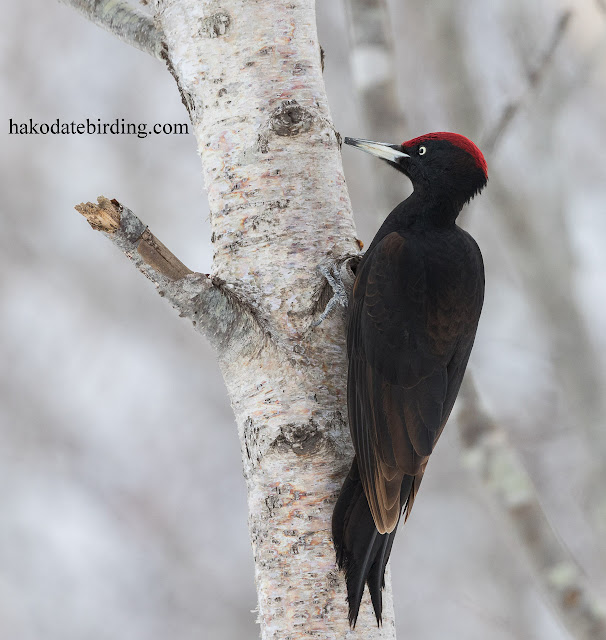 A male Black Woodpecker to the east of Onuma this afternoon.

It was right next to the road but difficult to photograph as it was in the shade and/or behind twigs. The female was also nearby. They were househunting...............it must be spring.

The coast was pretty birdless except for a few common species in the harbours. At Onuma there were White Tailed Eagle and Smew but both too far off for any pictures.