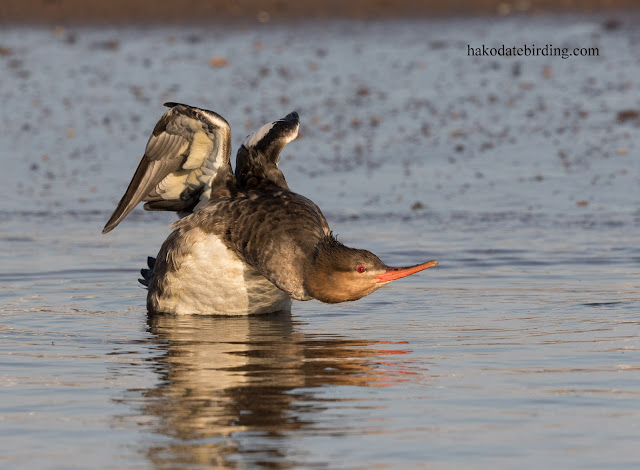 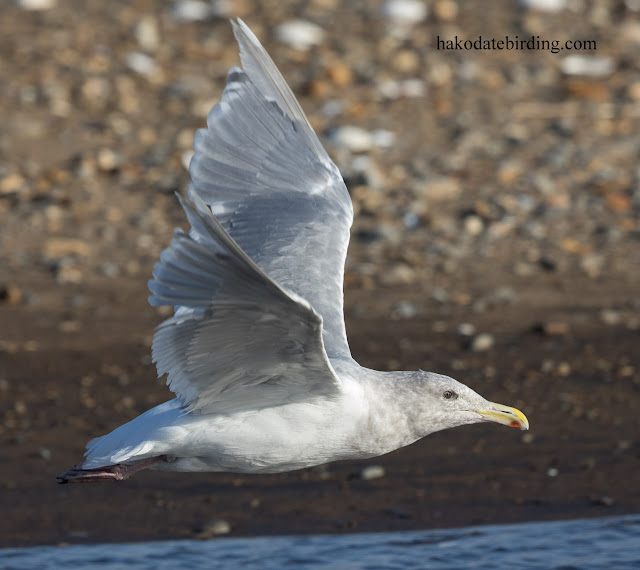 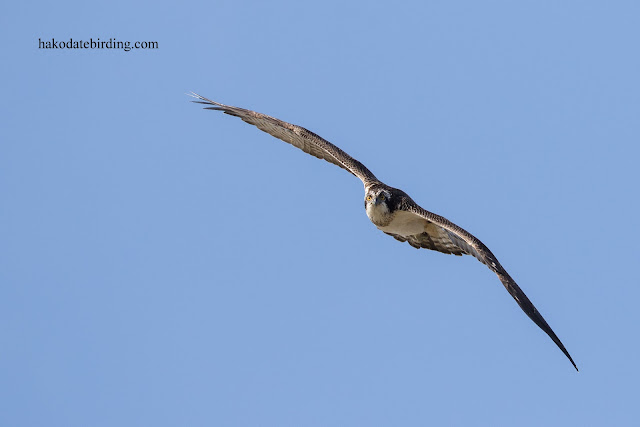 
Common Buzzard, Goshawk and Sparrowhawk have all been moving south. At Onuma yesterday there were flocks of Siskin and Rustic Bunting.

We had a long drive round south Hokkaido on Monday, from coast to coast across 2 mountain passes. The hills are brown, yellow and orange. It's autumn............

The wind has been from the west for a while now so no interesting seabirds at Yakumo, I was hoping for Kittiwakes, Terns or Skuas but got nothing except a flock of Dunlin. Lots of  ducks everywhere though. Black Scoter at Yakumo, Falcated Duck at Kikonai, Harlequins to the east of town and flocks of Wigeon at Kamiiso as well as a small group of Goosander. 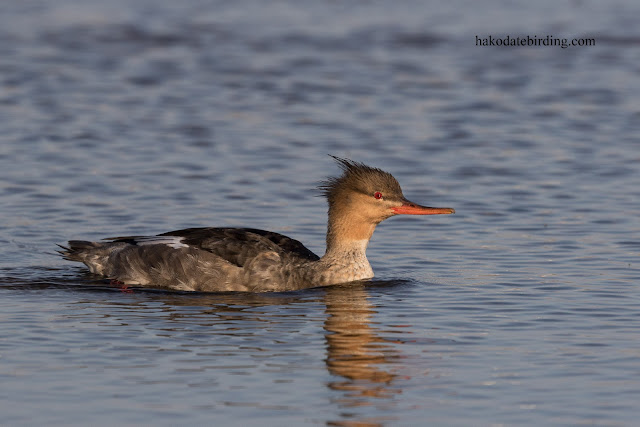 5 species of Gull at Kamiiso, including Glaucos Winged Gull, these start appearing all over the place as autumn develops. 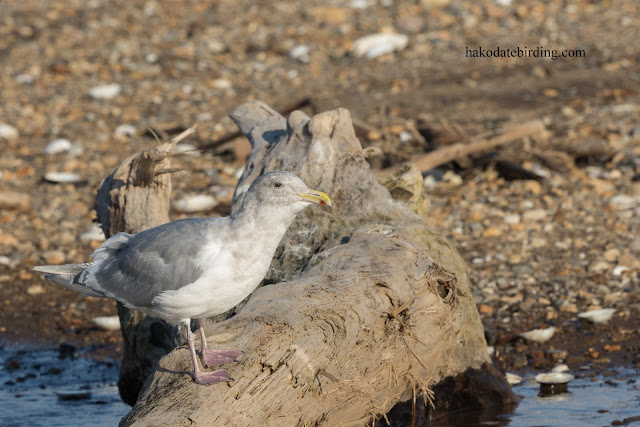 Lots of salmon now too, some dies before they get to the river and end up as gull food on the beaches. This is a Slaty Backed Gull. 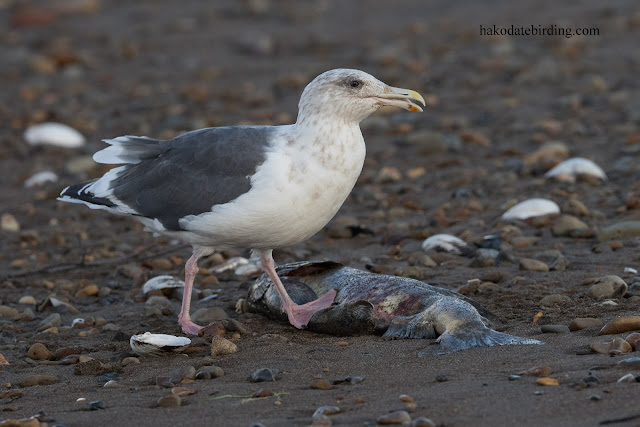 There are also lots of Vega Gulls around too.

The last few Ospreys are still present, this one was at Kikonai. 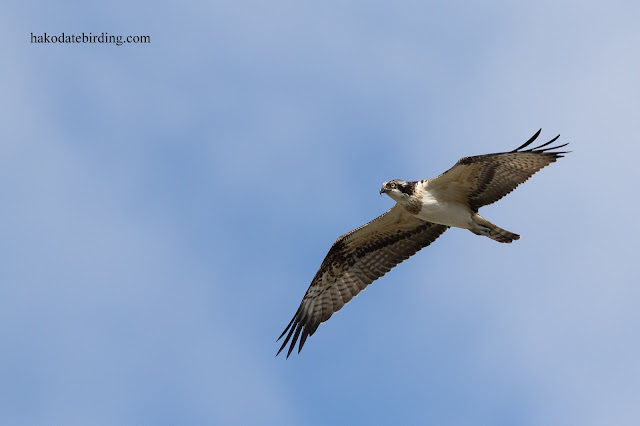