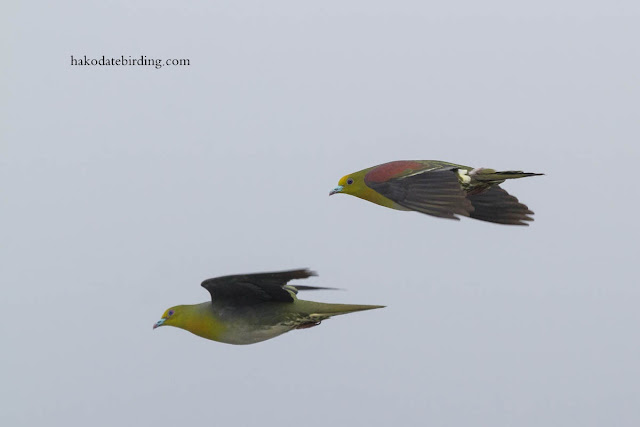 The worst month for birding in south Hokkaido is generally July. Actually the start of the month is often OK but by the end there really isn't much going on plus in the last week of July it starts to get pretty hot and humid. Ospreys and Green Pigeons, as I've said before, are the only birding staples at this time of year so today we headed over to Shikabe to see the latter.

The skies were leaden and the dirty pebble beach was covered in rotting stinking seaweed and loads of insects.

The pigeons put in a couple of appearances but were very skittish due to 2 hunting Peregrines in the area. 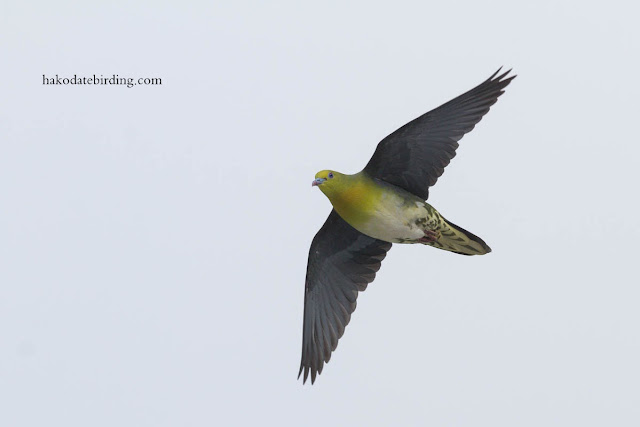 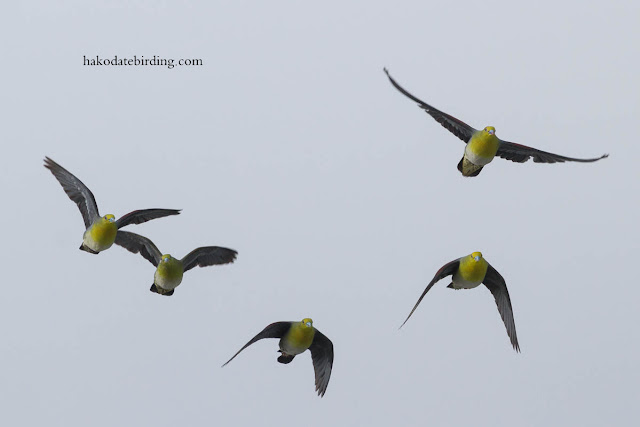 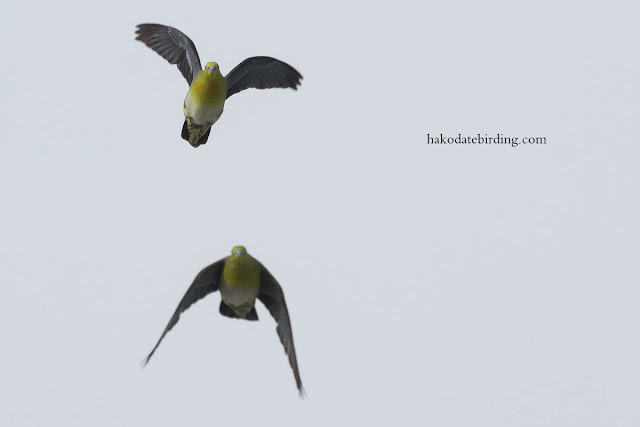 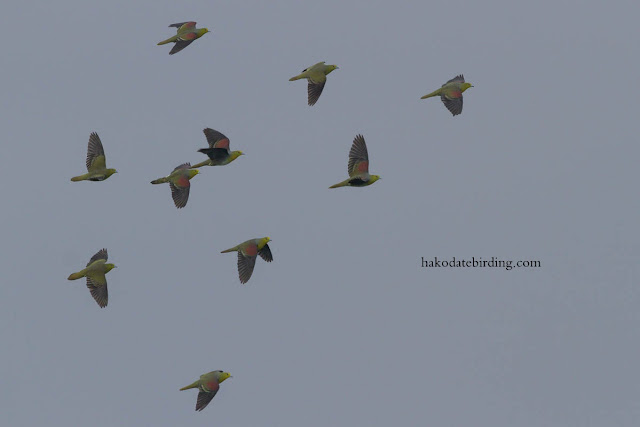 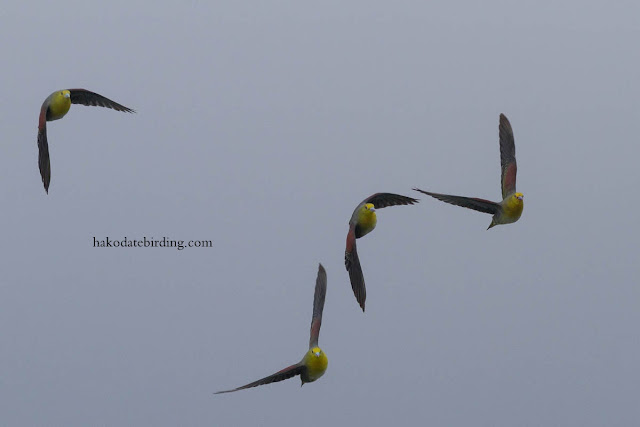 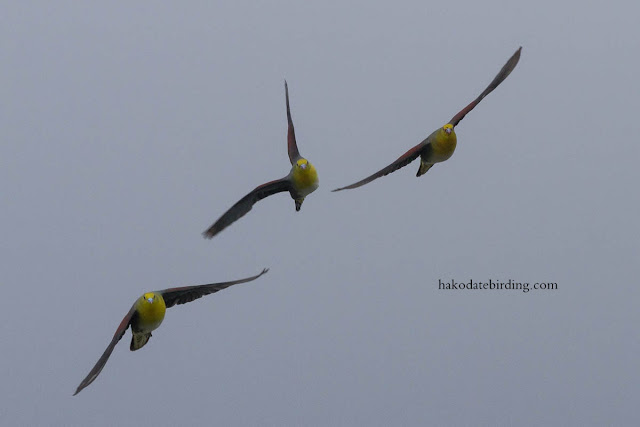 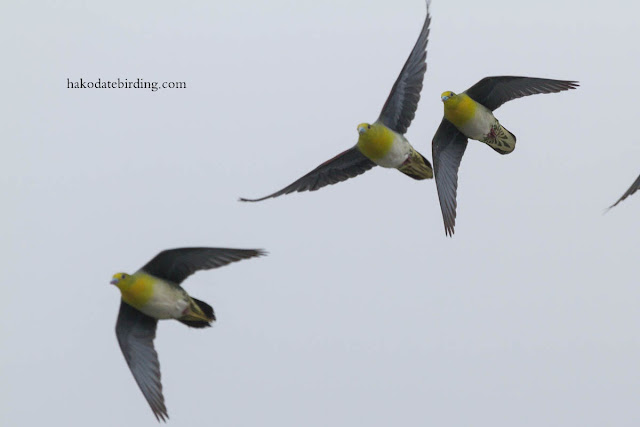 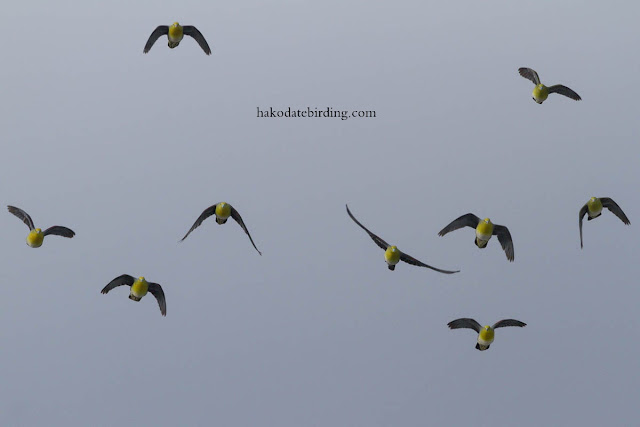 Not much else around except flocks of Pacific Swift high overhead. Very quiet locally too. Goosander and Common Sandpiper at Kamiiso a couple of days ago, that's about it.