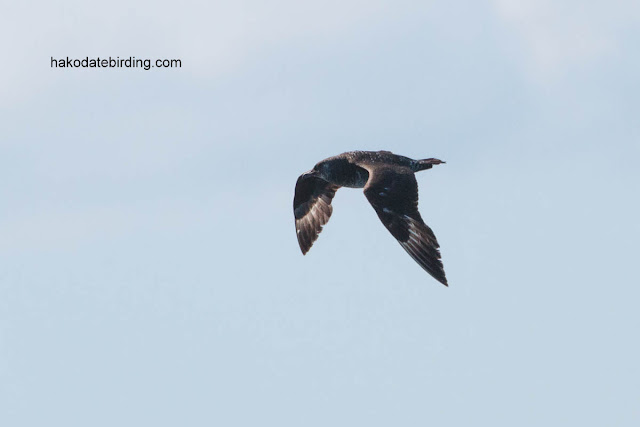 It was identified as a South Polar Skua, a visitor to northern oceans in the the southern winter I guess. 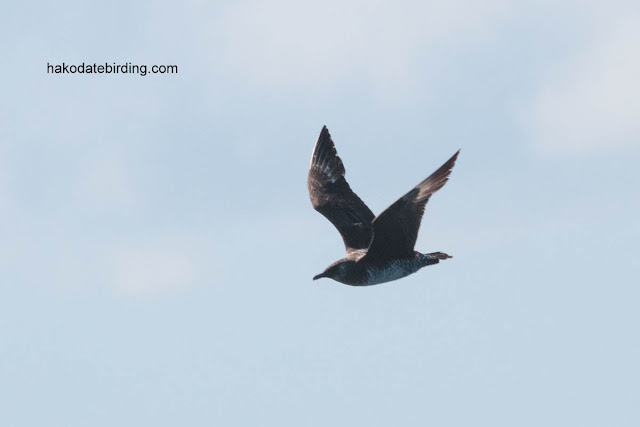 Taken from the pelagic trip off Tomakomai on Sunday. I was the only person who saw this individual, I didn't even ID it until a couple of hours later. when it was suggested it was a South Polar Skua................there must have been more than one around because luckily the other people on the boat saw a distant one later (I missed that one).

It seems to be that this was misidentified and  is actually a Pomarine Skua, check out the comments below and on this thread on birdforum.

I made a bit of a fool of myself, after 4 boat trips I still haven't worked out how to put on the lifejacket properly and have to be shown how to do it. I think I've worked it out now but I fully expect to stare at one in a dumbfounded way the next time.

Apart from the Skua it wasn't a productive trip...........................there were almost no birds on the sea at all. Really, virtually nothing. Except a few Streaked Shearwater, none of them particularly close. 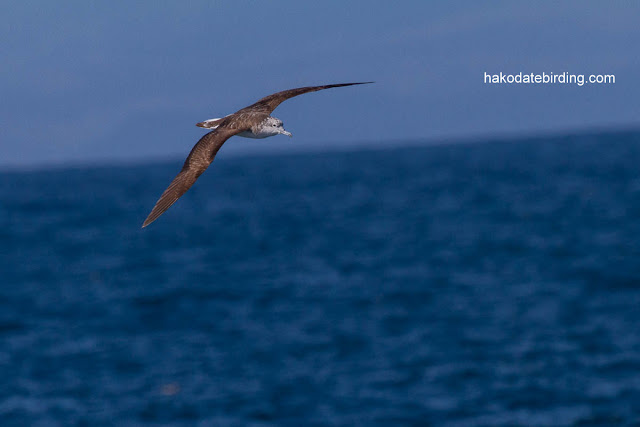 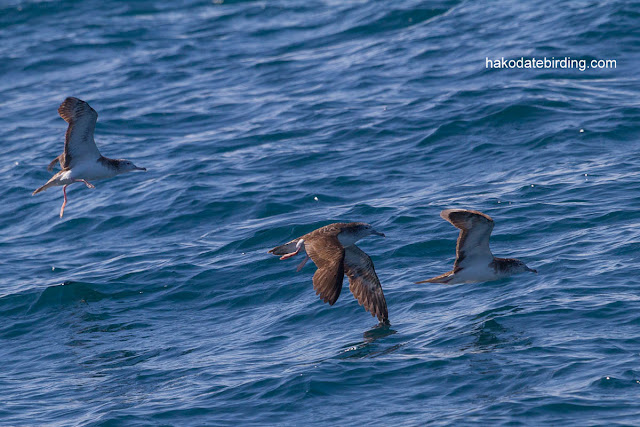 Very nice autumnal weather and it was quite relaxing on the boat.