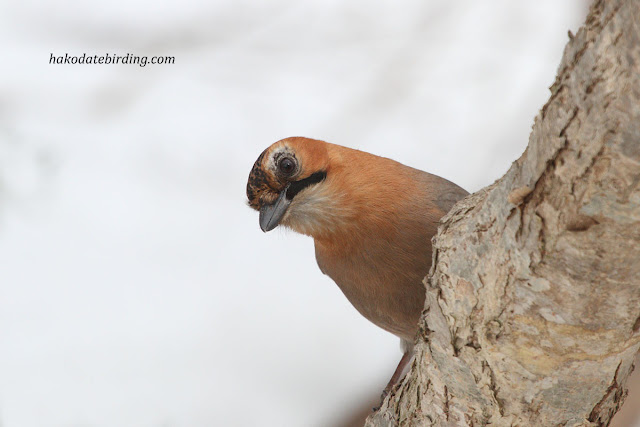 A Jay this morning in Onuma. We spent a couple of hours there, it is still snowbound except along the road but there were quite a lot of birds around.

The Jays were eating some of the food we'd left out for the tits and nuthatches. 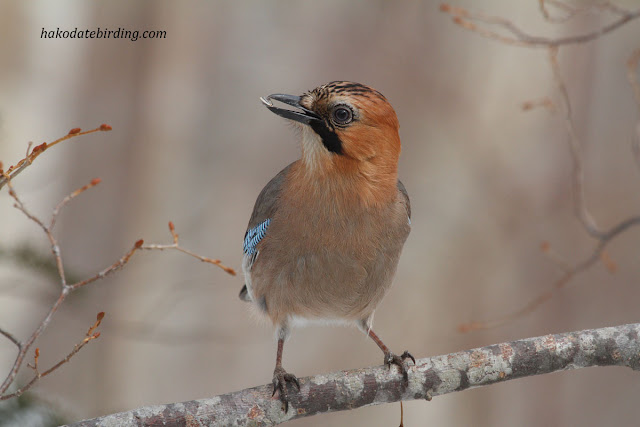 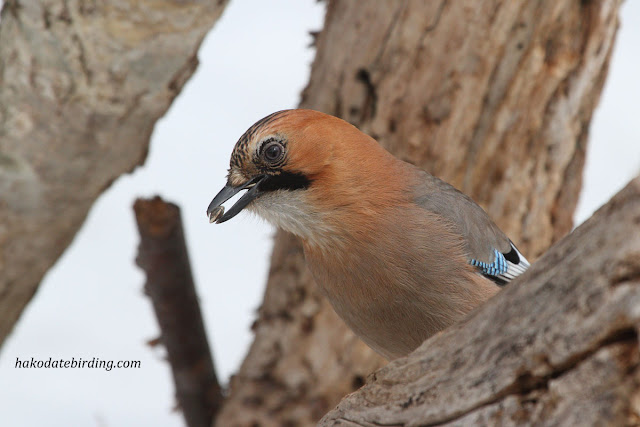 They were a little shy and seemed to be playing hide and seek a lot of the time. 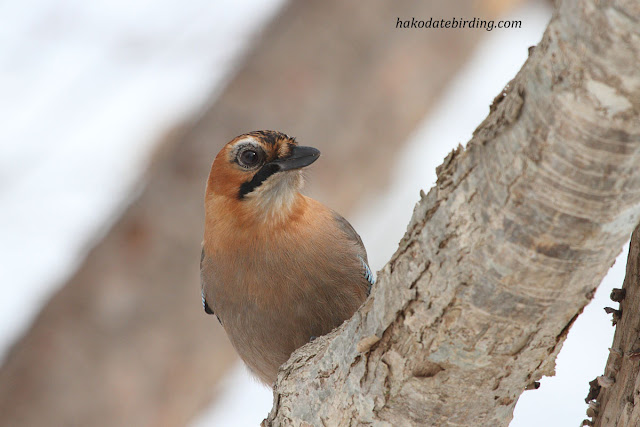 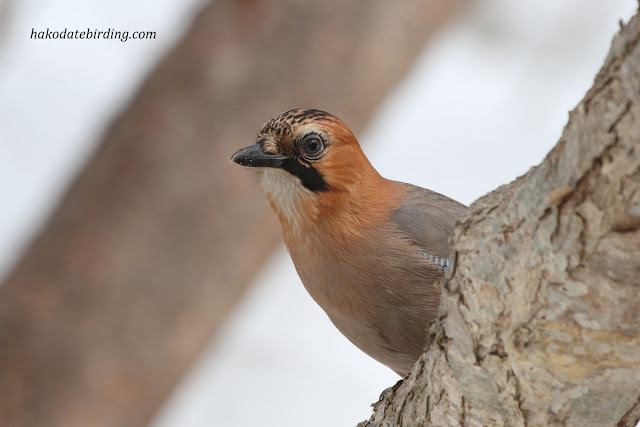 There were lots of woodpeckers around, no Black alas but plenty of Japanese Pygmys. 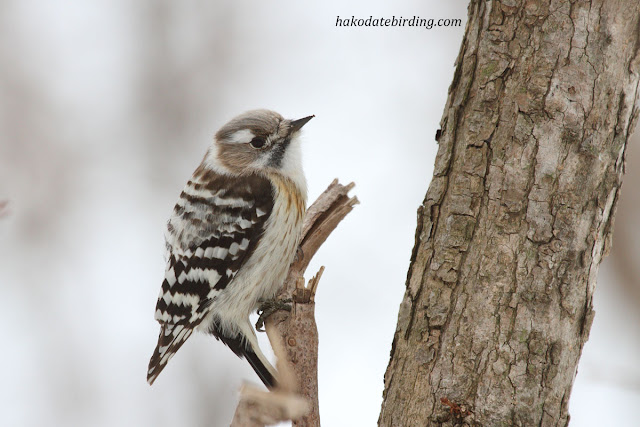 This is a common species and although not at all shy is so active it is difficult to get a clear photo of. 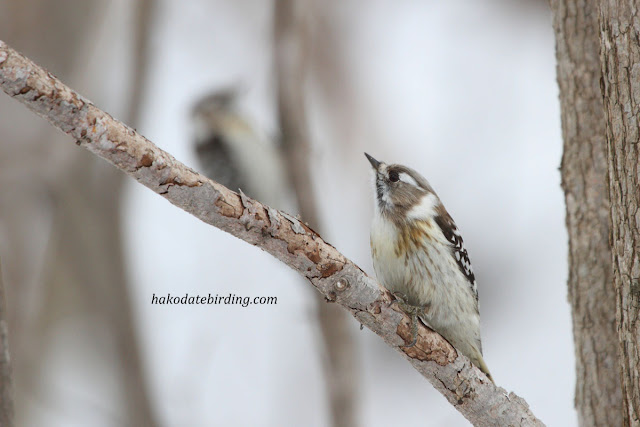 This Long Tailed Tit was also very hard to pin down. 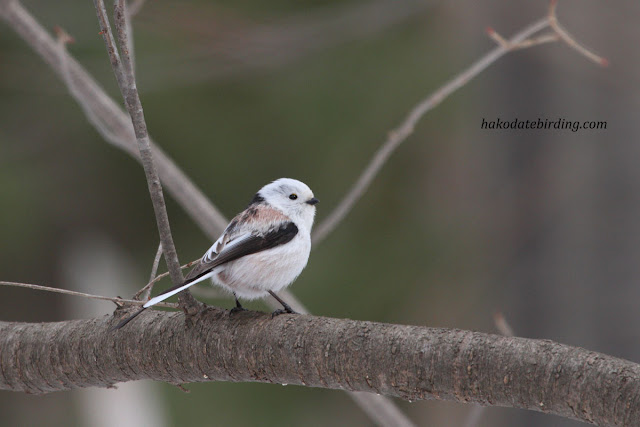 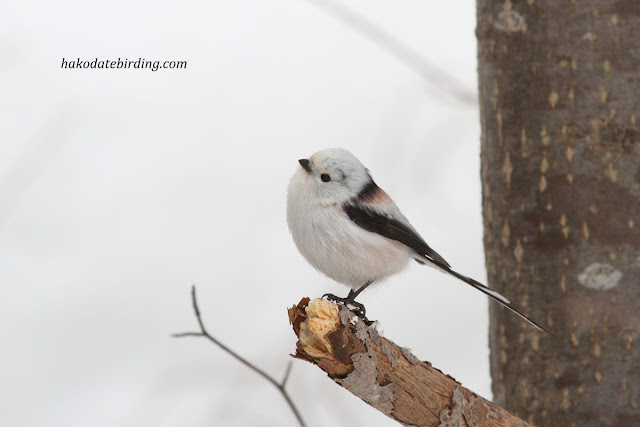 There was quite a bit of open water at one end of the lake, the summer Grey Herons and great Cormorants have started arriving as have this species, one of the shyest of them all. 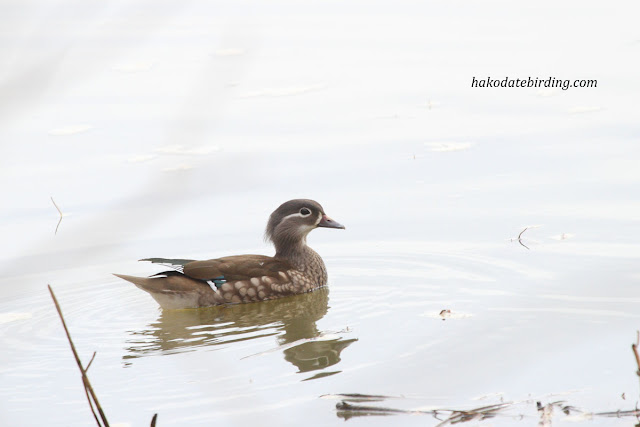 A female Mandarin Duck snapped from the car window, there was also a male but that was behind some branches. They both flew off as soon as I'd taken the above photo, after 5 years I still don't have a single decent shot of one.

Other wildfowl included Whooper Swan, Goosander, Smew, Goldeneye, Wigeon and Pintail, here's one of the latter. 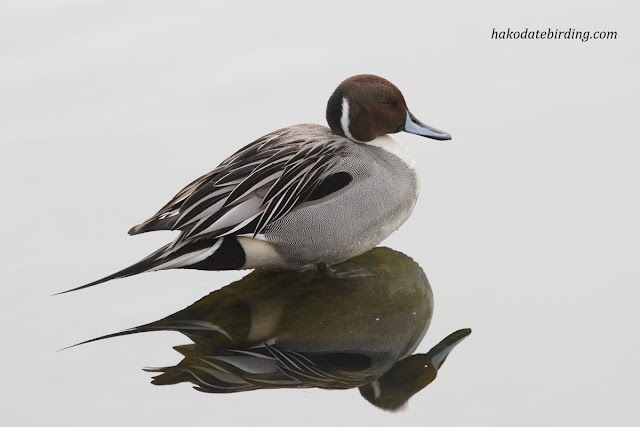 Also present were Goshawk, Peregrine, Brambling, Hawfinch and lots of Oriental Greenfinch singing everywhere. Nothing at Kamiiso except the Great Egret flock and a lone Red Breasted Merganser in the harbour.

I don't even care about Liverpool's capitulation against QPR, I just don't expect them to even try to win league games anymore.