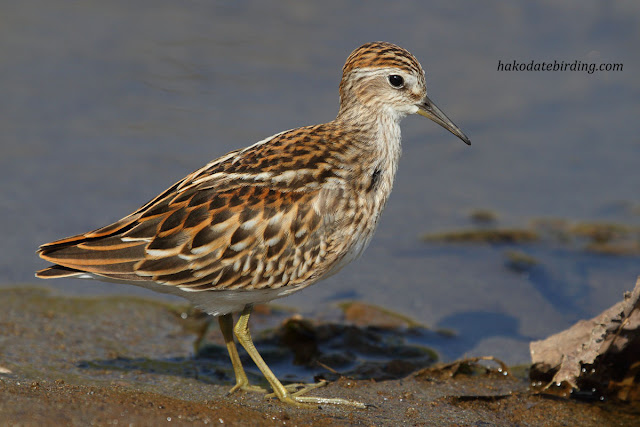 A Long Toed Stint at Kamiiso this afternoon. Thanks to Osamu for telling me about this one. The beach was packed with people (it was a beautiful sunny day) and I wouldn't have bothered checking it out had I not known about the Stint.

It was feeding in some drain that emptied out onto the beach (not sewage but whatever it was it wasn't nice) and it was very very tame indeed. The day today had started with 4 very shy Long Tailed Stints skulking in the ricefields and not wanting to be photographed at all. Why was this one so fearless? 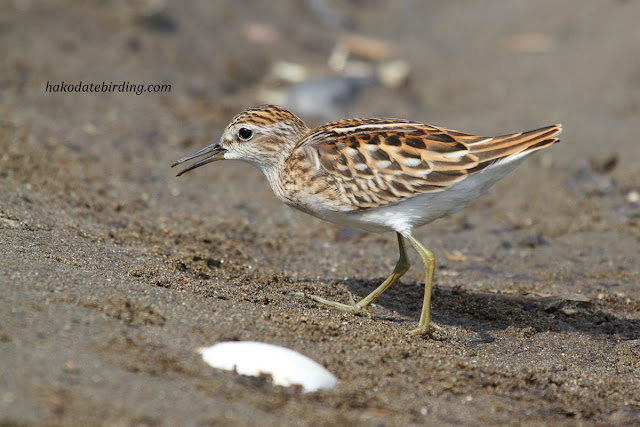 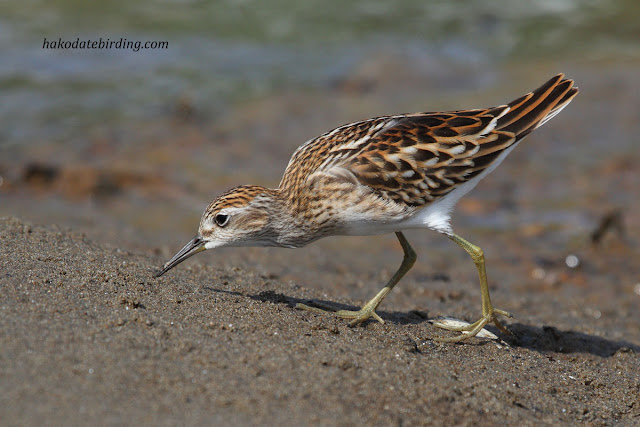 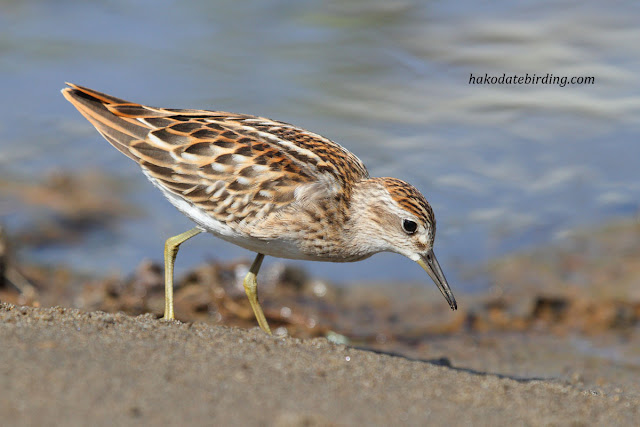 It scampered around coming as close as 1 meter or so. 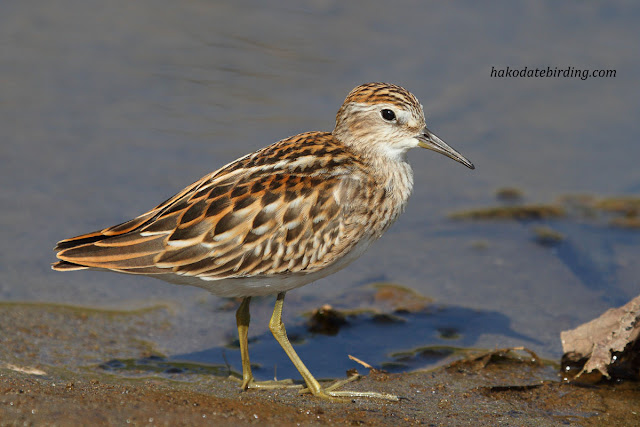 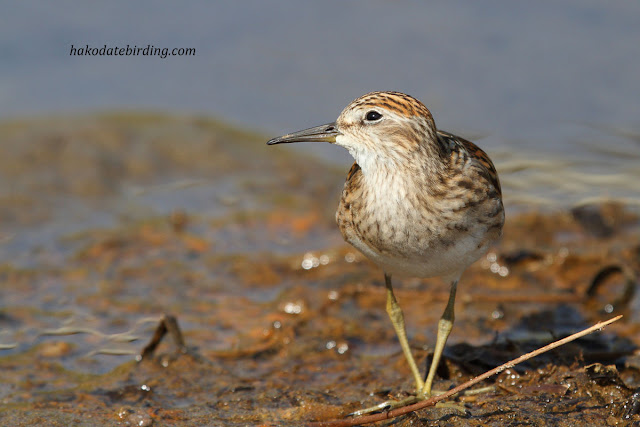 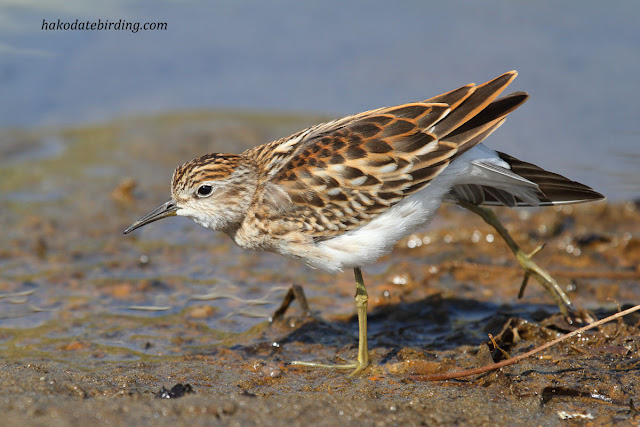 There were 3 Red Necked Stint further up the beach, on the next beach down there were more Red Neckeds and a few Common Sandpiper. Osprey, Black Headed Gull, Goosander were the other noteworthy species in Kamiiso. 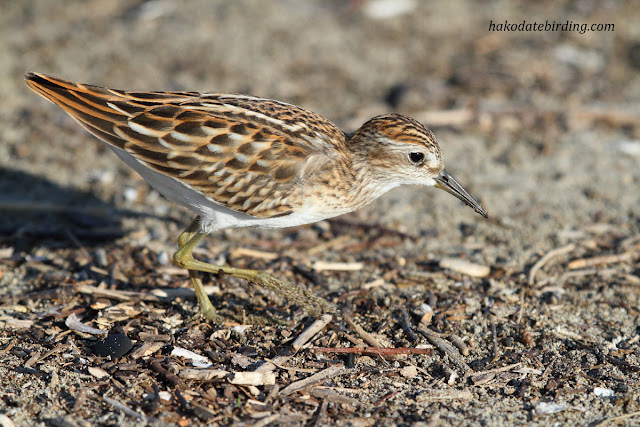 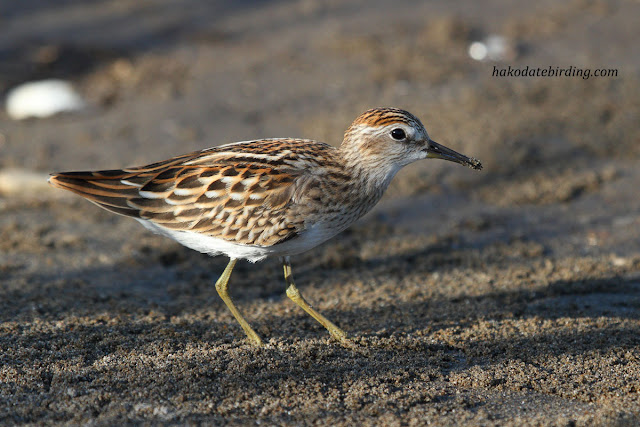 Here's a jerky handheld video of the Long Toed Stint.

Earlier in the day we were at Sawara, there were over a 100 Red Necked Stints here as well as 2 or 3 Sanderling. 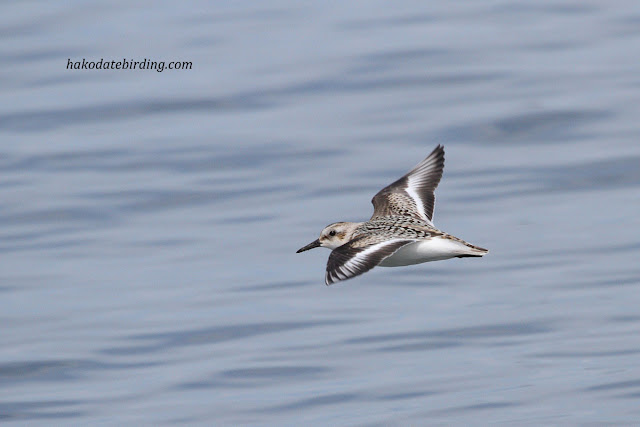 Also at Sawara a few Japanese Green Pigeon came down to the tetrapods........... 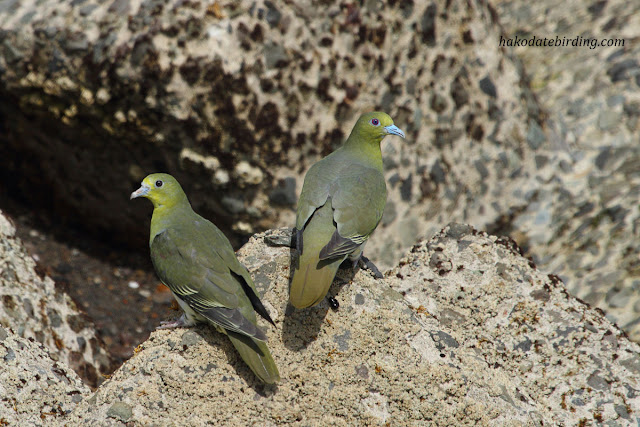 At Shikabe the usual Japanese Green Pigeon spot was overrun with fishermen so nothing doing there..................

Man City have just scored their 4th against Spurs, are we looking at this season's champions?