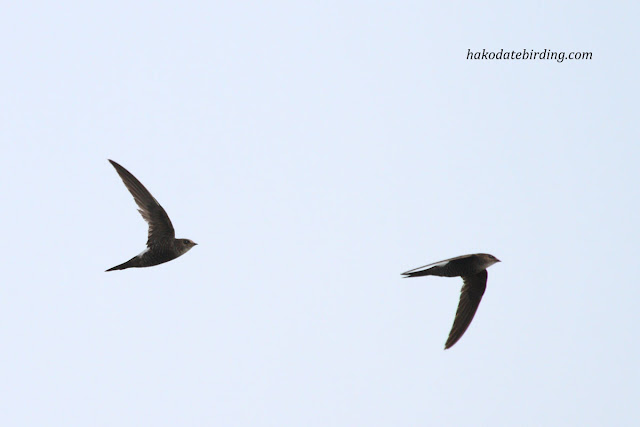 2 of many Pacific Swifts near Sawara yesterday, there were huge flocks of them heading south. 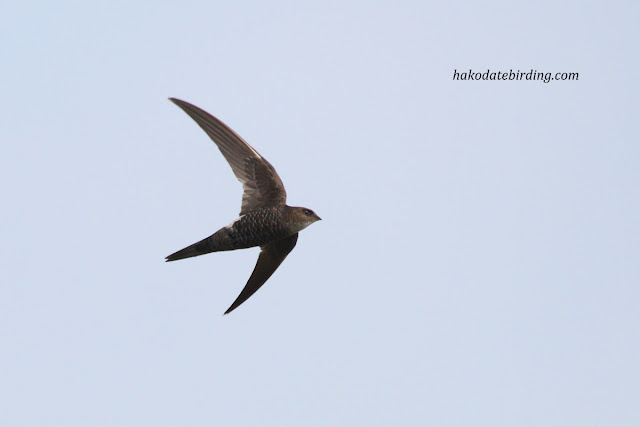 In amongst them were a few White Throated Needletails. 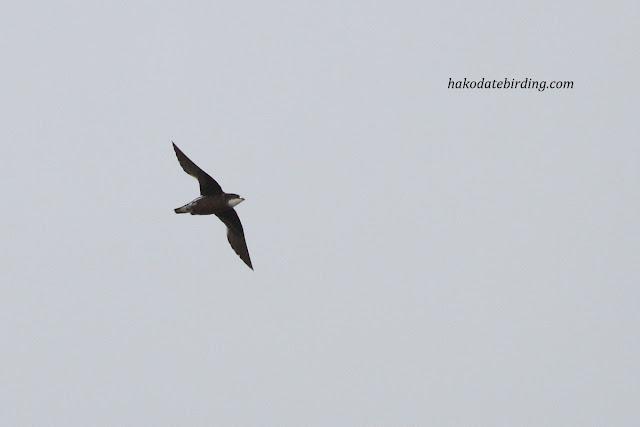 On the beach at Sawara I was hoping to see a few waders but all I could find were 3 distant Red Necked stints and one very large smelly dolphin corpse. It has been rather hot the last week or so, hot and humid punctuated by some very heavy rain.

We finished off at Shikabe. A late Grays Grasshopper Warbler was still singing. The Japanese Green Pigeons were as skittish as ever, I couldn't get close and anyway even I'd been able to get close it was probably too dark for a decent photo. 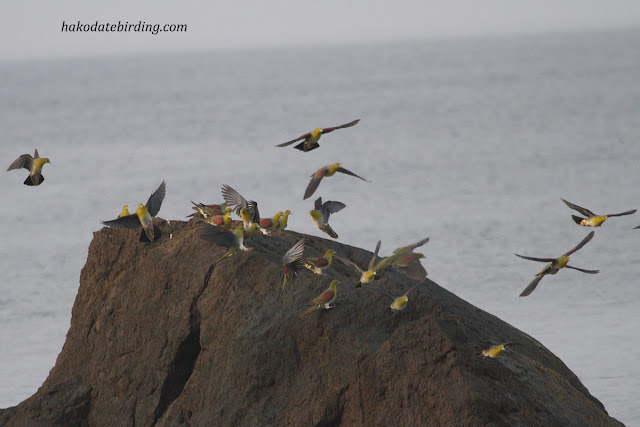 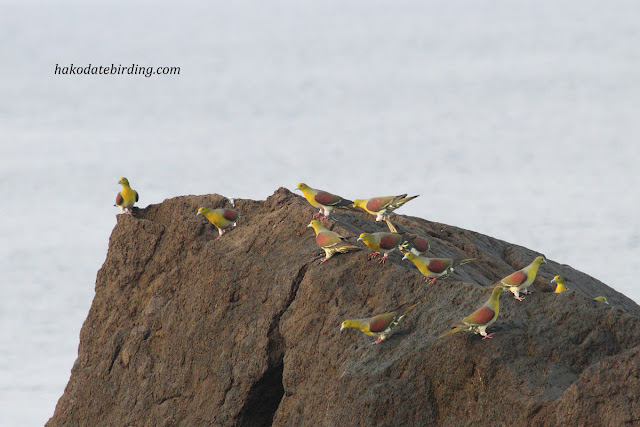 On Sunday I went to Ono to look for waders in the ricefields. Osamu has been finding lots of interesting waders again including several species not on my Hakodate list. He also saw the rare Pectoral Sandpiper and Swinhoes Rail.

With the location kindly e-mailed to me I went and saw Little Ringed Plover, several unidentified Snipe and up to 10 Long Toed Stint, a new bird on my local list. They were very shy and it was hard to even get a record shot, this was the best I could manage. 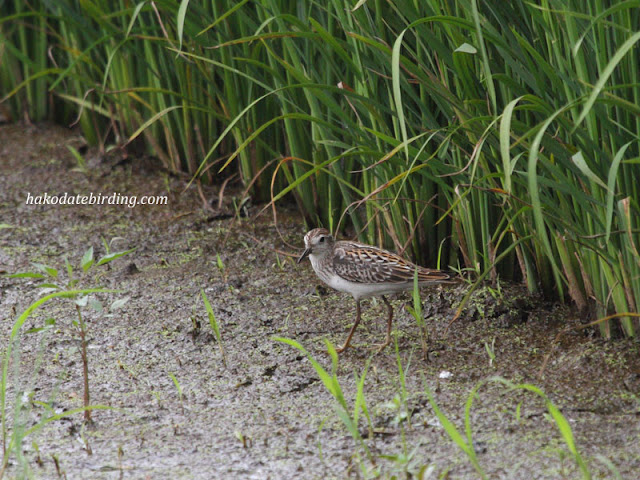 I couldn't find any Green or Marsh Sandpipers (both yet to make my local list), out of the corner of my eye I did briefly see a small wader with white on its rump/tail but couldn't relocate it. Hopefully there will be some waders there next weekend.........

Not much in town, a Glaucous Winged Gull was an early returnee on the beach at Kamiiso on Sunday, a Peregrine near Mt Hakodate, a few Kingfishers here and there, nothing of much interest near my apartment last week.

So England won the series very easily and are now ranked #1.................wonder how long that'll last? Can't believe how abject India have been, Sehwag arriving as the big saviour and then bagging a golden pair just about sums it up.

Liverpool looked good in the first half at least but on the second half showing it is going to be a tough fight to get in the top 4 though Arsenal and Chelsea didn't look so hot either. Mau U were as lucky as ever, may be Moneybags City can pip them this year........

Hope it cools down and the skies clear soon, I haven't taken any decent photos for ages.