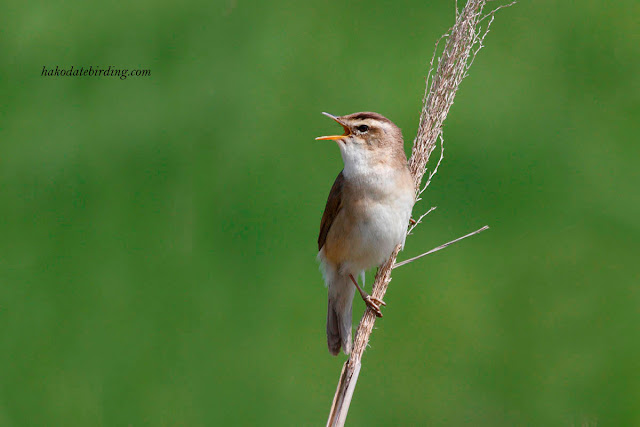 A Black Browed Reed Warbler, one of many at Shizukari Wetlands yesterday afternoon.

Here's a video of one singing.

Unfortunately f**kwit here forgot to switch the IS back on after taking the video and some of the pics suffered as a result...............

Cuter and perkier than the large and noisy Oriental Reed Warblers this species is my fave bird of summer. 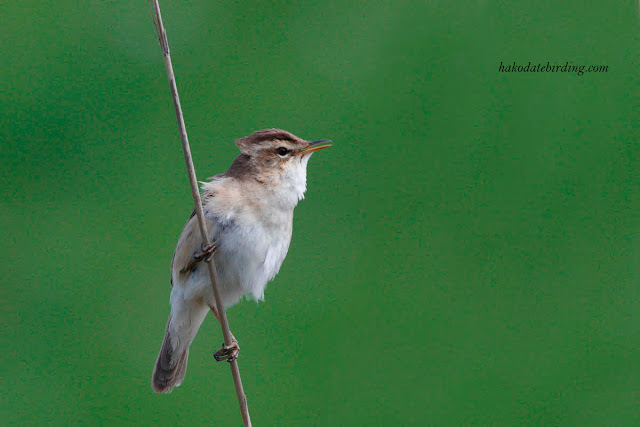 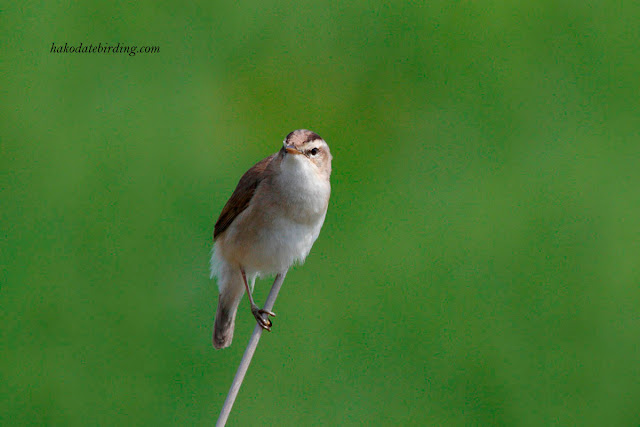 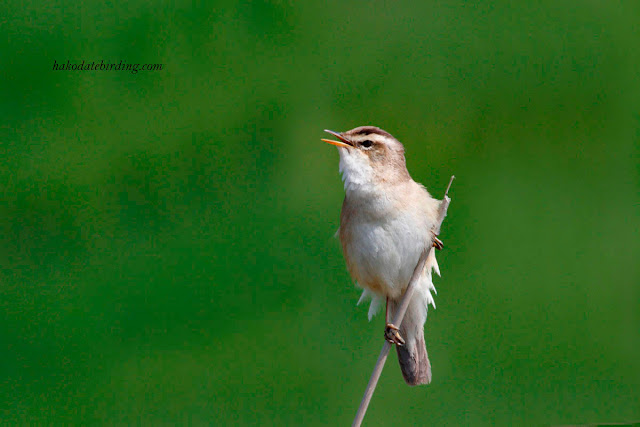 Lots of Cuckoos around today, 3 species in all. Little Cuckoo, Common Cuckoo and Oriental Cuckoo. This crappy record shot is of the latter, they all look the same but their songs are totally different. I ID'ed it by call obviously. 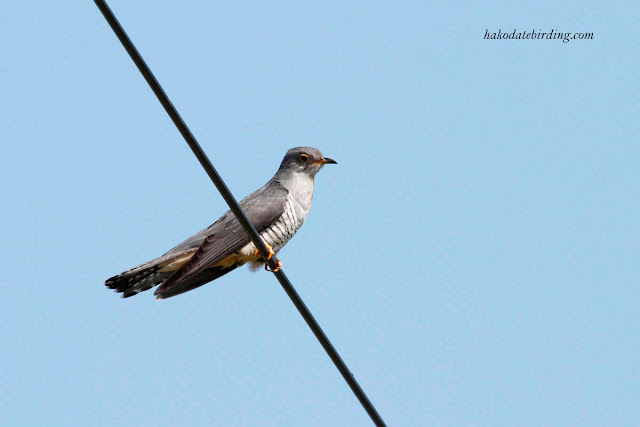 This species apparently favours the nests of phylloscopus warblers. the Common Cuckoo prefers Reed Warblers and the Little Cuckoo goes for Bush warblers........

The wetlands (which actually seem to be bone dry) near Oshamanbe and the ricefields outside Hakoadte were full of summer birds. Aforementioned Cuckoos and Reed Warblers, Black faced and Reed Buntings, Lathams Snipe, Siberian Stonchat, Long Tailed Rosefinch, Bulheaded Shrike and Grays Grasshopper Warbler were everywhere.

One especially common one in summer is Chestnut Eared Bunting. 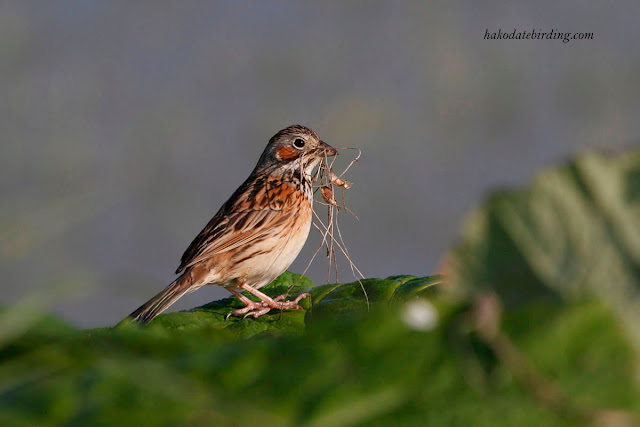 It's gotten pretty warm now and I got my first sunburn of the year yesterday...............I reckon this sumer will be a hot one, something we haven't had in south Hokkaido for a while.