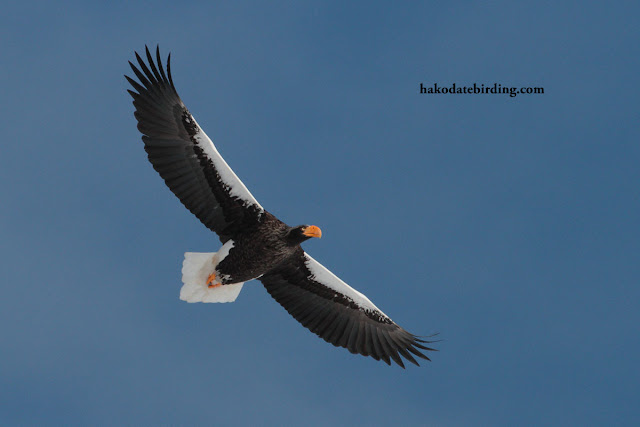 The Stellers seem a touch more wary than the White Taileds and didn't come as close. 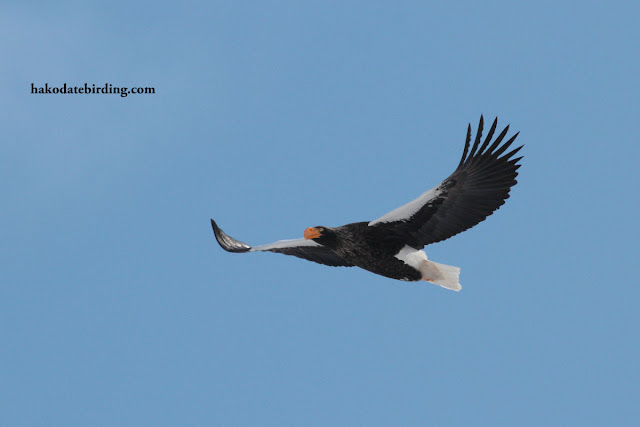 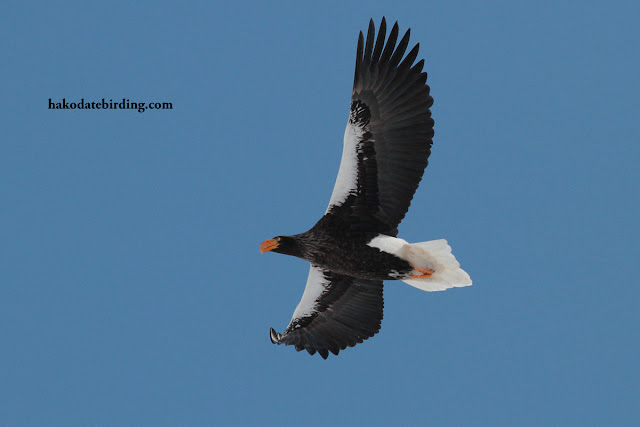 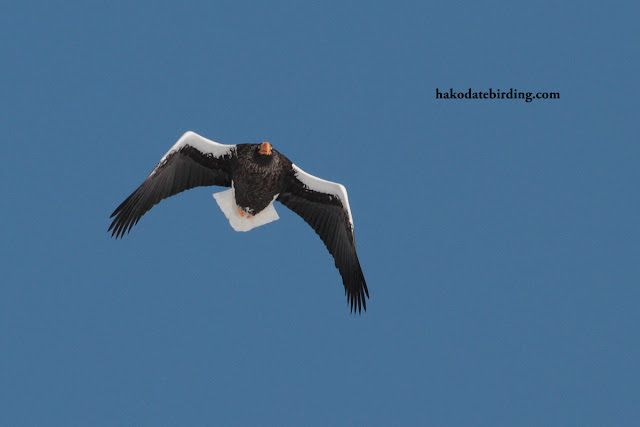 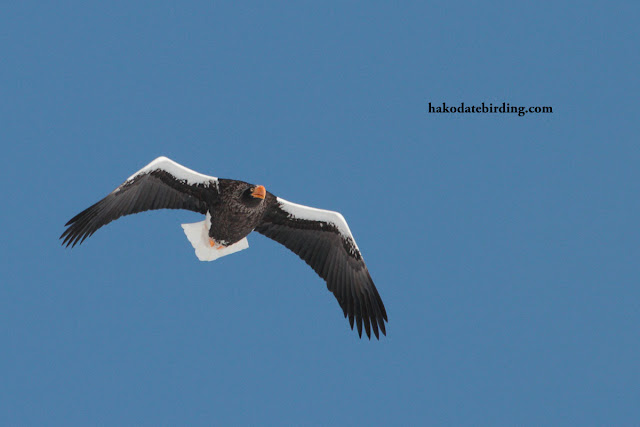 There were quite a few other birders/photographers around, in fact I've never seen so many at Yakumo. It was a Sunday I guess (and Monday is a national holiday too). Often in winter I'm the only person in the whole valley with a camera pointing at the eagles.

Someone had even made a snow 'hide' in a place where the river is next to the road and there are lots of dead salmon for them to feed on. I'd love to go and use it but if I asked my wife to drive me there at dawn and sit in the freezing cold she'd punch me in the face, I'm sure of it.

The blizzards returned later on. 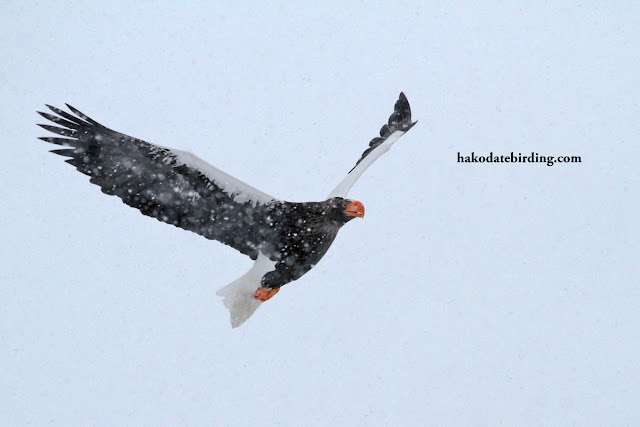 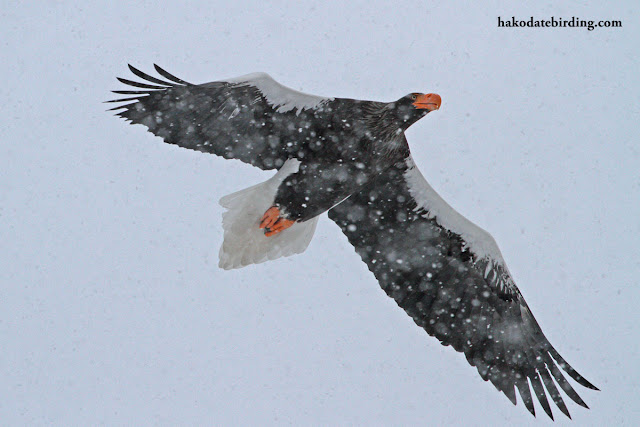 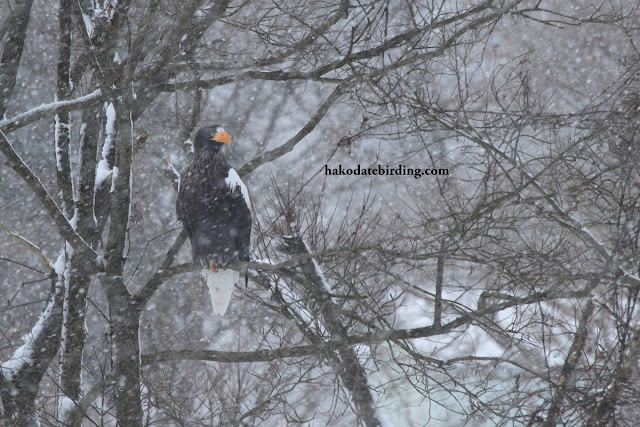 All in all a very successful day, eagle-wise at least.

Other stuff in the valley included Whooper Swan, Goldeneye, Goosander, Brown Dipper, Japanese Wagtail, Crested Kingfisher, Jay and the usual Nuthatches/Tits/Woodpeckers. We also saw several Goshawks and lots of Buzzards. Some of these must be Rough Leggeds, that's one of my targets tis winter: I've never seen one anywhere. Ever.

Here's a video of an eagle not doing very much.

I digiscoped this, something I don't often do these days. Check out Kev's blog for someone who really knows what they're doing with this method. I use pretty old not awfully good gear. Kev asked me about a Japanese adapter for his set-up, the various accessories cost more than my scope and eyepiece did!!!!