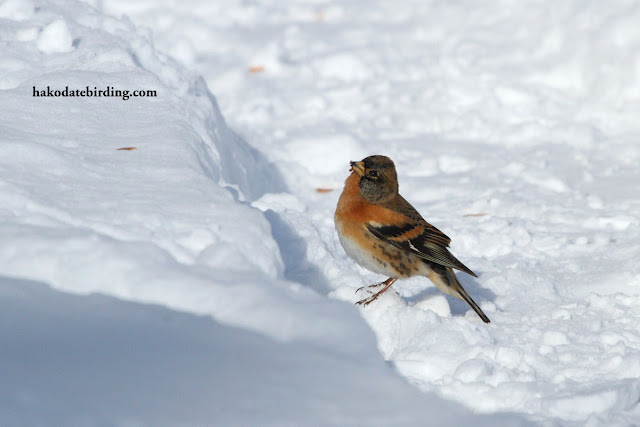 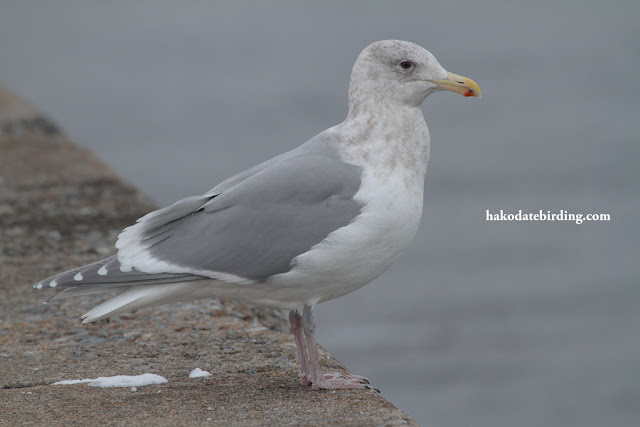 Well winter finally hit and outside it's f****** freezing and there's loads of snow and ice. The Brambling was a new arrival as was the Glaucous Winged Gull but otherwise it's been a pretty low key week. A Coot, 5 Brent Geese, some Wigeon and Scaup were in the harbour with the Gull. Not much showing so here's some of the common stuff.

Like Tree Sparrows. These are pretty scarce in the UK these days (I can't even remember the last one I saw there) but they are the common urban sparrow of east Asia. I tend to ignore them but there really wasn't much to photograph this week........... 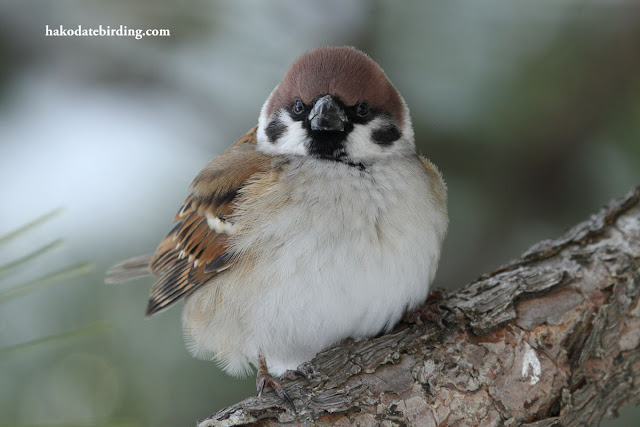 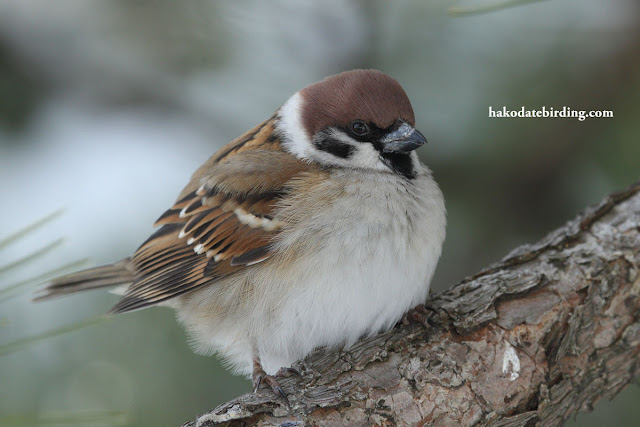 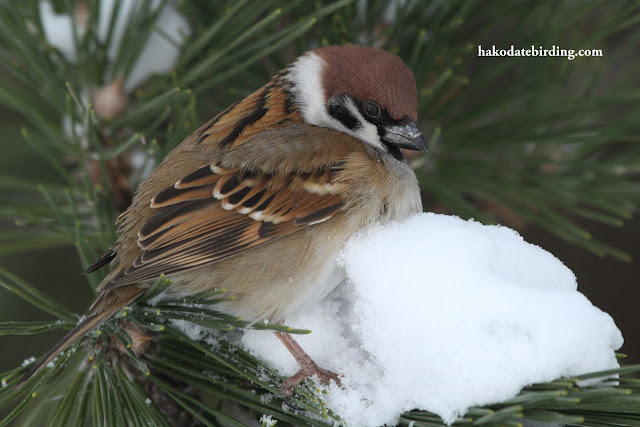 Plumbing the depths a bit here, here's a Common Teal on the local river. 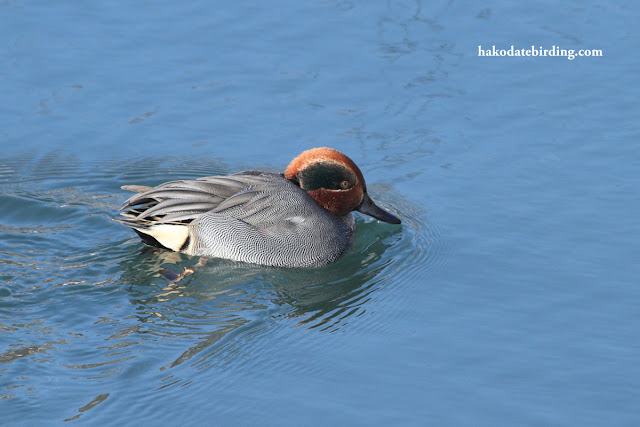 The Glaucous Winged Gull at least did something entertaining. 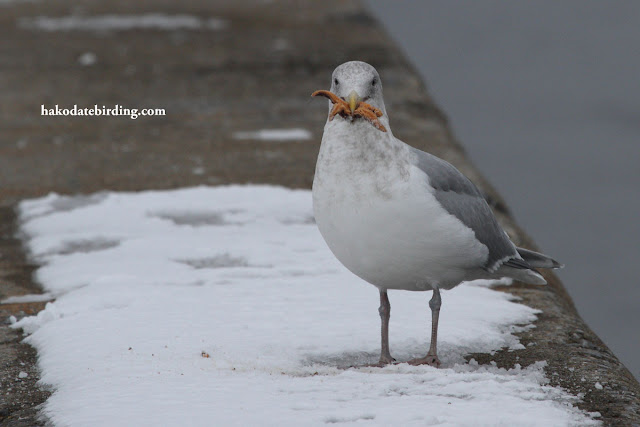 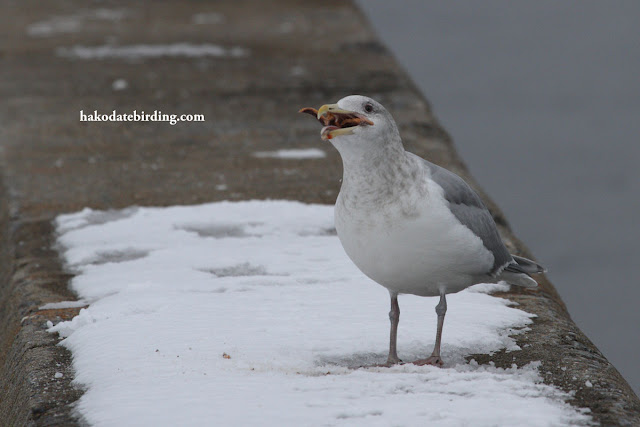 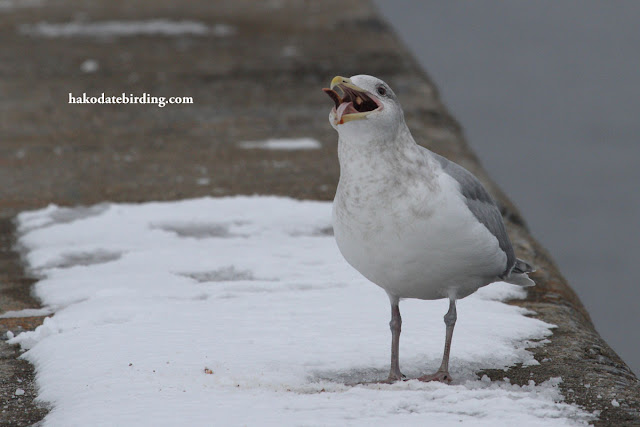 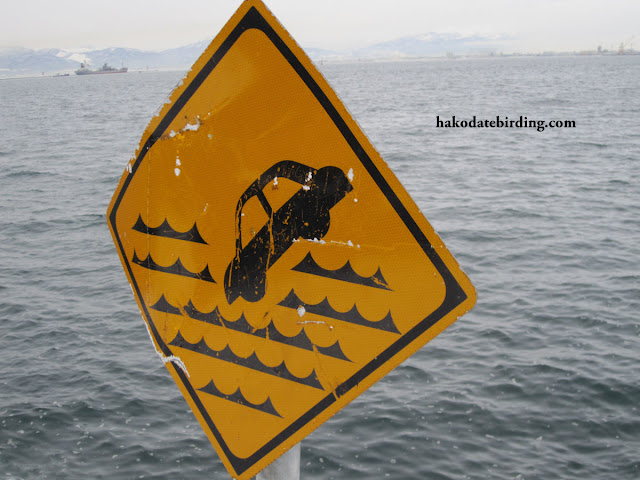 I'm watching the 1st Test in South Africa on and off, England are struggling a bit. Liverpool's 2nd half showing against Arsenal was as bad as I can remember them playing for a while. Gerard has turned into a petulant brat, Torres doesn't look fit and let's face it half the team aren't actually that good. Still they managed to hang on for a victory against Wigan the other night (can't believe I just typed that!).