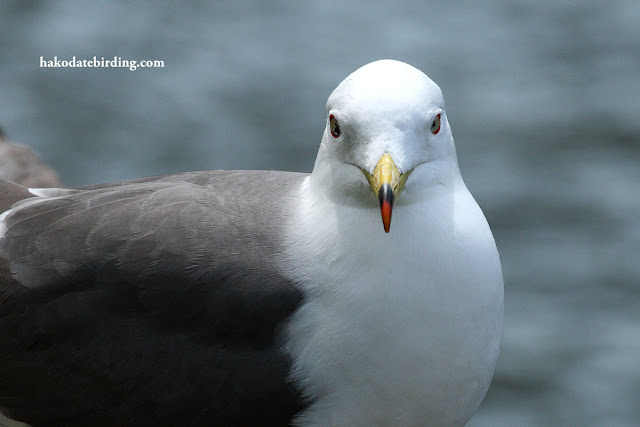 A Black Tailed Gull last week. It's been pouring down with rain all day today and the weather has been pretty crappy most of the week really..........

I spent the last 2 or 3 days scanning the sea for Red Necked Pharalopes and Short Tailed Shearwaters and I managed to see absolutely nothing. I missed the Pharalope migration last year after my wife had a prang and the car was off the road for a couple of weeks. Usually they are offshore in the 3rd week of May (as are the Shearwaters). In 2003 and 2006 they were very close inshore and on calm seas too. No such luck today though.

The only nice day last week weatherwise was Friday. I checked the forest at the foot of Mt Hakodate. Lots of stuff around. Blue and White Flycatchers, Eastern Crowned and Short Tailed Bush Warblers, a few Crossbills and all the usual residents including this Great Spotted Woodpecker at a nesthole. 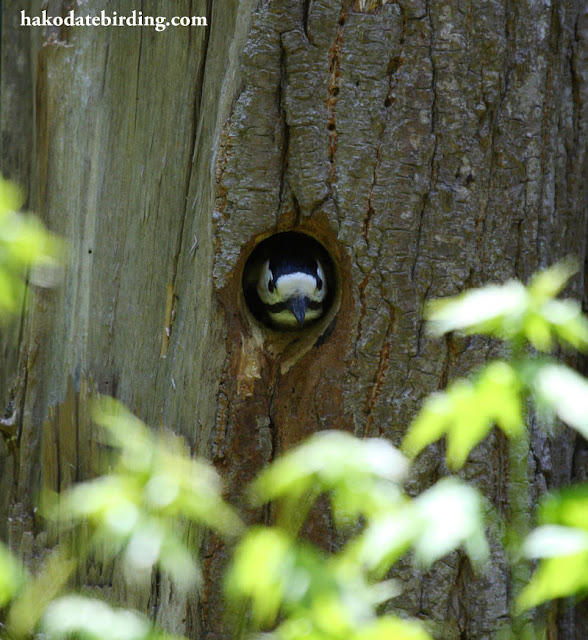 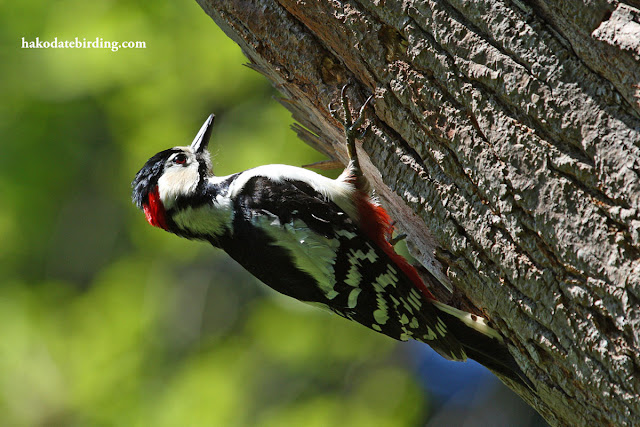 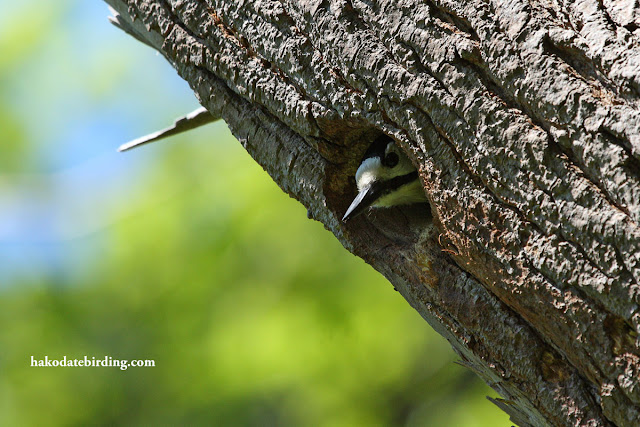 The male was busy chasing off a pair of Red Cheeked Starlings who seemed to have taken a fancy to the hole. Last summer in Onuma the exact same thing happened and in the end the Starlings ended up feeding the young Woodpecker chick......

Like I say nothing on the sea although the views over the Tsugaru Strait were nice enough......... 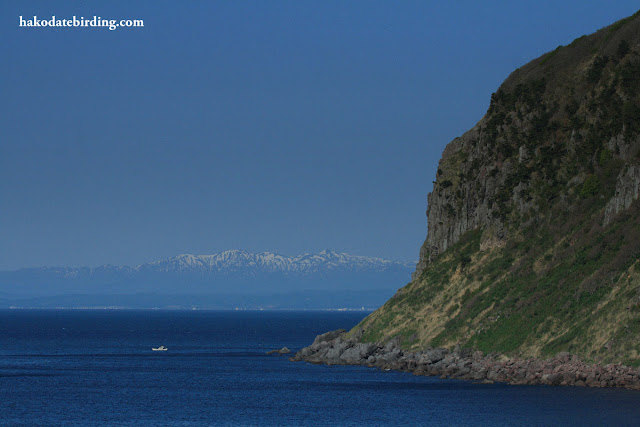 Lots of Grey Tailed Tattlers around the coast that day too.......more shots from this day are here.

Not much in town this week. 3 Crossbills surprised me in a small garden near my flat but they flew off before I could take a pic. Lots of Red Cheeked Starlings though..... 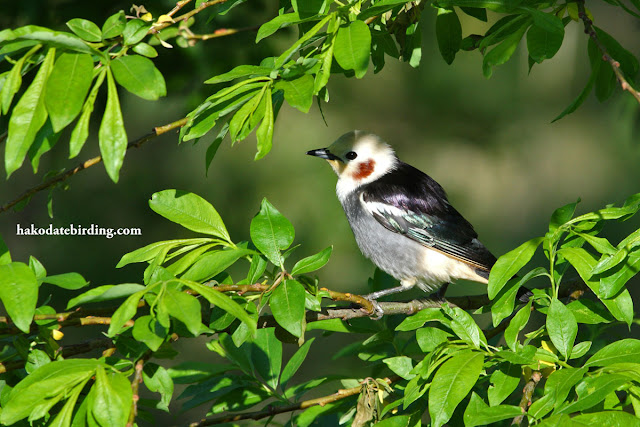 Today we looked in vain at some of the ricefields at Ono for waders, absolutely nothing doing. There were some birds around though, Lathams Snipe, lots of hirundines, Oriental Reed Warbler and some Chestnut Eared Buntings. 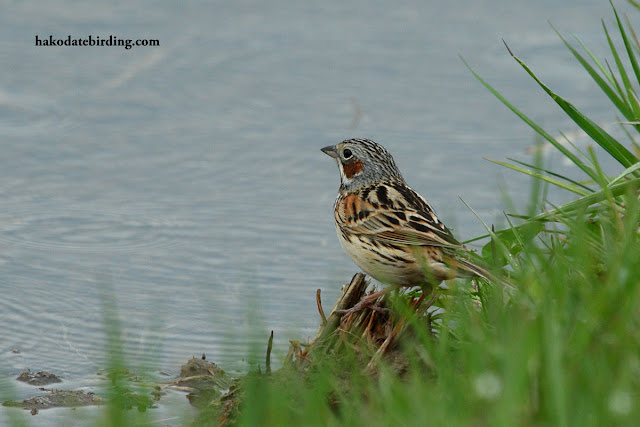 Oh and lots and lots of Skylarks. 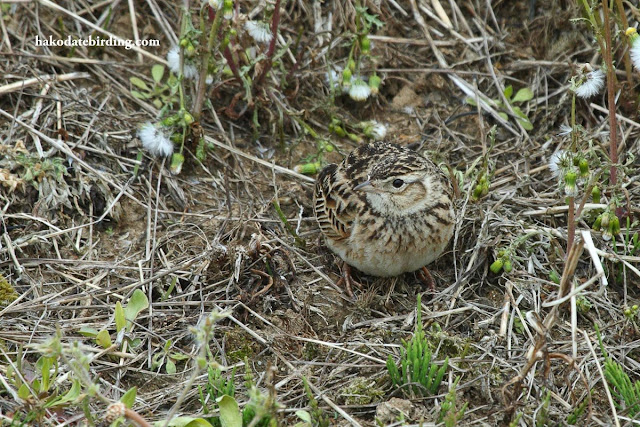 So another busy week with not much birding and no good photos. Hopefully things will improve shortly...........

My galleries are finally up and running at my new homepage.

So I watched Man U win the league last night. For a couple of hours I was willing Arsenal to score. I gained a little insight into what it must be to be an Arsenal fan. It must be a frustrating pastime. They're like a pretty cute foreign exchange student with great body, low cut tops and sexy accent. A big flirt too. It's just a shame that when you get to know her you never get past first base. I dunno, she's a lesbian or devout catholic or something. Nice to look at but ultimately an exercise in futility.

All those times I moaned about Liverpool drawing games against teams like Hull and Stoke? See, I was right. It did cost us the title.