A grey end to summer 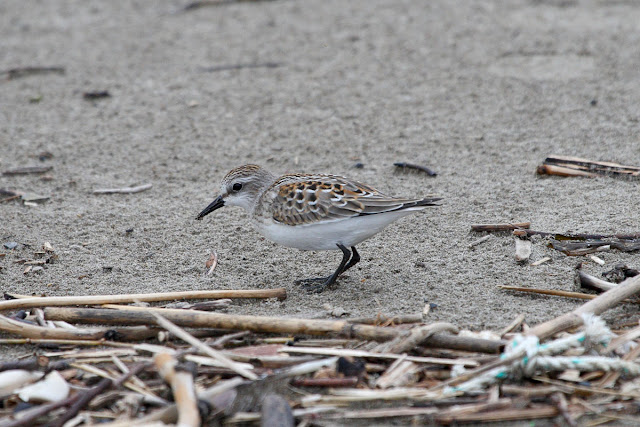 Every year at the end of August a small number of waders pass through Hakodate. Other places in Japan get many more waders than we do here in south Hokkaido but it's still one of the highlights of the birding year I guess.

Red Necked Stints are by far the most numerous and a couple of days ago there were seven at Kamiso in the company of 1 Terek Sandpiper and several Common Sandpiper. The weather has been truly awful the last week or so with grey grey skies, humid muggy days, terrible weather for photos of fast moving shorebirds. These were the best I could manage of the Stints. 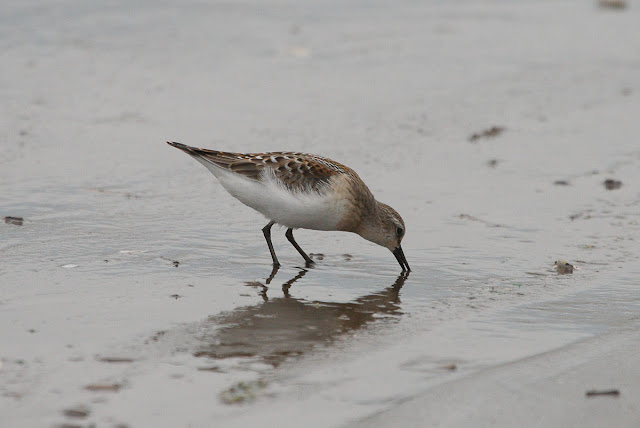 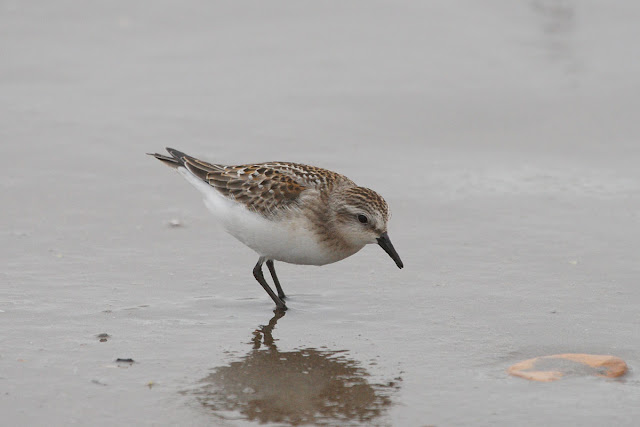 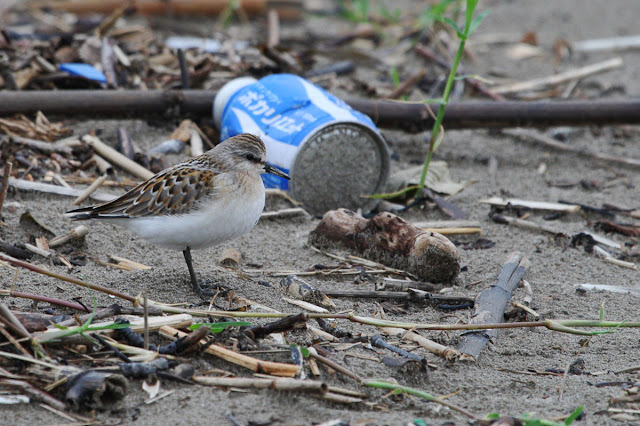 The Terek Sandpiper was even worse. 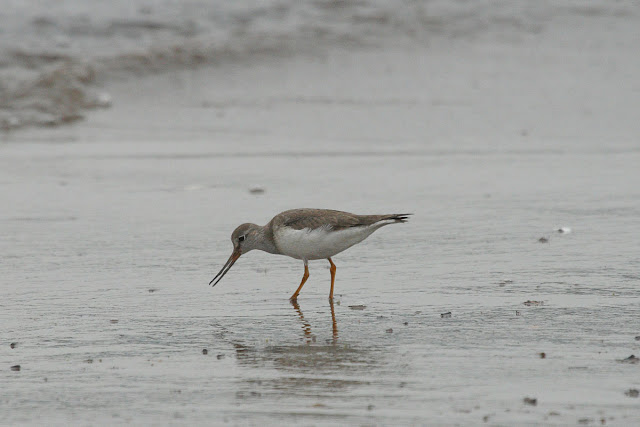 Last year there was a huge influx of Red Necked Stints as well as various other wader species, hopefully in the next 10 days or so I can get some decent pics.

We went to all the nearby wader haunts today (much brighter weather) but there was nothing. Only a few Common Sandpipers scattered around the beaches and all I got at Onuma were 3 huge mozzie bites.

The second year Glaucous Gull was still around at Kamiso. Last Wednesday there were 60-70 (!) Night Herons at Kamiso but they are a skittish bunch, the individual below was taken near my flat instead. 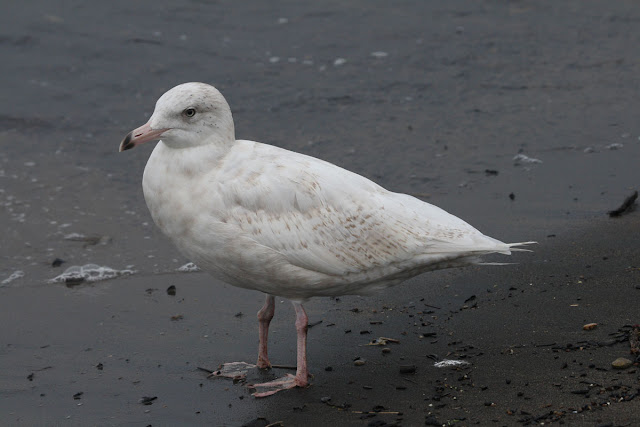 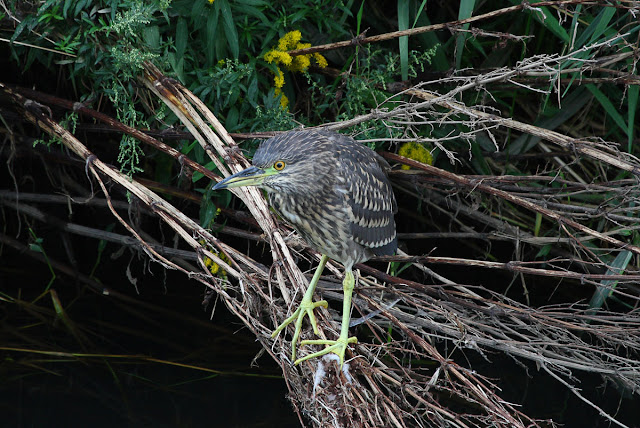 So that's summer almost done then. Bit of a quiet one. I'm completely indifferent about Liverpool this season and am steeling myself for the torture of enduring England's upcoming trip to Croatia. When I was a small boy I used to 'support' Carlisle Utd (the team for my birthplace). Perhaps I should go back to the fold. Third in League 1 this weekend I see. Plus who's cooler, Jimmy Glass or the likes of Frank Lampard/Dirk Kuyt?

I watched 'Tropic Thunder' last week which was pretty funny and have started watching 'The New World' which is............kind of slow.

OK I'm off to scratch my mosquito bites.